Home Real Housewives Of Salt Lake City News Teddi Mellencamp Questions Why RHOSLC Cast Isn’t Grilling Jen Shah Amid Legal Woes, Admits There Would be “Void” If She Exits Show, and Reacts to Podcast Diss as Tamra Weighs in

Teddi Mellencamp Questions Why RHOSLC Cast Isn’t Grilling Jen Shah Amid Legal Woes, Admits There Would be “Void” If She Exits Show, and Reacts to Podcast Diss as Tamra Weighs in 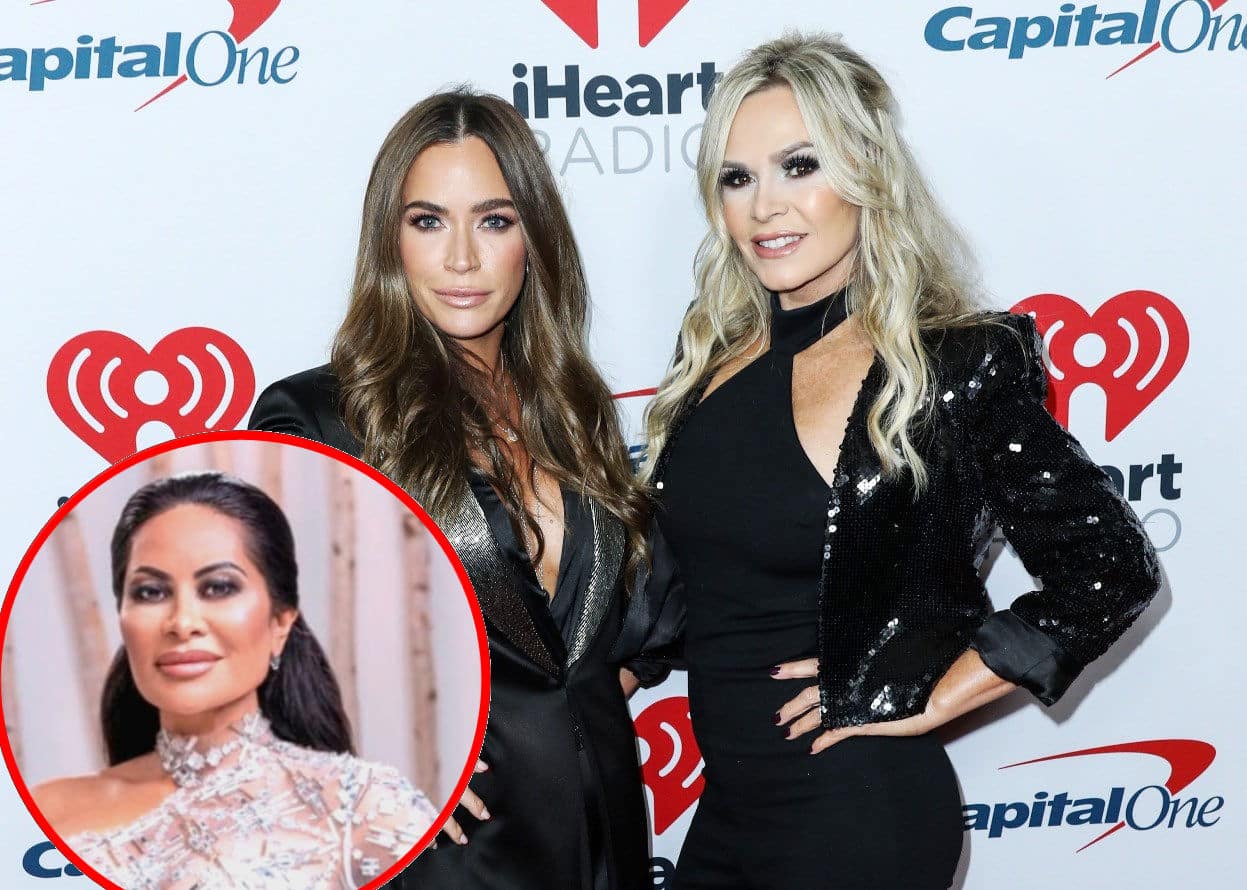 Teddi Mellencamp doesn’t understand why the Real Housewives of Salt Lake City cast has had such few questions for Jen Shah in regard to the legal drama she faced amid season two, and the guilty plea she issued at the end of season three.

While discussing Jen on a recent episode of her and Tamra Judge‘s podcast, the Real Housewives of Beverly Hills alum compared Jen to Erika Jayne, who’s been “grilled” for two seasons of RHOBH before she and Tamra commented on Jen’s potential exit from the show and her recent diss of their podcast.

“Why was there an entire season and a half, at least, grilling Erika about every single detail in regard to Tom Girardi and we have now not gotten one real question about what’s going on with Jen Shah?” Teddi wondered on the November 21 episode of Two Ts in a Pod.

Meanwhile, the Real Housewives of Orange County cast member argued that Erika may have faced more questions because more was shared about her legal issues in the press.

“We don’t really know a lot of details about Jen Shah. With Erika there was a lot of things, like the victims, the plane crashes, I just feel like there’s way more information out there about Erika’s situation than there is about Jen,” Tamra reasoned.

“[But] don’t you think that some of these women would be curious?” Teddi replied.

Because Jen will be sentenced in the coming weeks for crimes of fraud (she’s facing 30 years behind bars), many have assumed, including Andy Cohen, that she will not be featured on season four.

“As much as she’s a nut, she’s funny. And I feel like when she’s gone from the show, it’s gonna be a void, just like with Mary Cosby,” Tamra noted of Jen’s possible departure.

“I agree there is gonna be a void,” Teddi stated.

And, while Tamra said she heard Jen will not be at the upcoming RHOSLC reunion, she said she also heard there may be “a one-on-one sit down on Watch What Happens Live.”

Following an awkward run-in with Jen at BravoCon, a feud was prompted by the Two Ts in a Pod hosts and their fellow reality star after they spoke of Jen crashing the event. And, during a recent appearance on Up and Adam, Jen shaded Teddi and Tamra, calling them “Two P-ssies in a Pod.”

“I’m at the point now, I really don’t have anything… If somebody who’s just pleaded guilty to all these things is going to call us Two P-ssies in a Pod, go for it, honey,” Teddi encouraged.

Teddi went on to say that when it came to their run-in with Jen, she doesn’t get what she’s so upset about.

“I actually have the saved live from when she came into our room. When I talked about it on the carpet, I came from a place of we had fun. I wasn’t dissing her or putting her down in any way,” Tamra clarified in regard to her past comments about Jen.

According to Teddi, she believes Jen is embarrassed because she knows she wasn’t invited to BravCon but showed up anyway.

“She should be embarrassed for showing up when you’re not invited,” Tamra replied.

“But that’s who she is,” Tamra continued. “This is also someone who… We are still watching a season where Jen and her husband are pretending she’s innocent and now she’s pleading guilty.”

After then agreeing with Tamra that Angie Harrington is “hard to watch,” Teddi said she’s not into Jen’s husband, Sharrieff “Coach” Shah, and his motivational speeches.

Moving on to Heather Gay, Teddi said she believes Heather may have preplanned her season three storyline.

“I feel like Heather — and I think this happens sometimes when you have a couple good seasons and you think you’re getting good reception — I think sometimes you get in your own head about what you want to do moving forward and I think she already had it in her head that she was having issues with [Whitney Rose] so she started icing her out,” Teddi suspected. “But the problem is she’s trying to make up these other scenarios.”

Tamra also felt that Heather’s behavior has been inauthentic, spotlighting the moment in which she claimed she forgot key details about a spat she had with Whitney on last week’s episode.

“That whole scene just made it feel like Heather did not want to be called out and she did not know what to do and she was just trying to dismiss her because she knew she was looking bad,” Tamra stated, proceeding to describe Meredith Marks and her sister Myra as “robots” as Teddi shaded Seth Marks for making “everything sexual.”