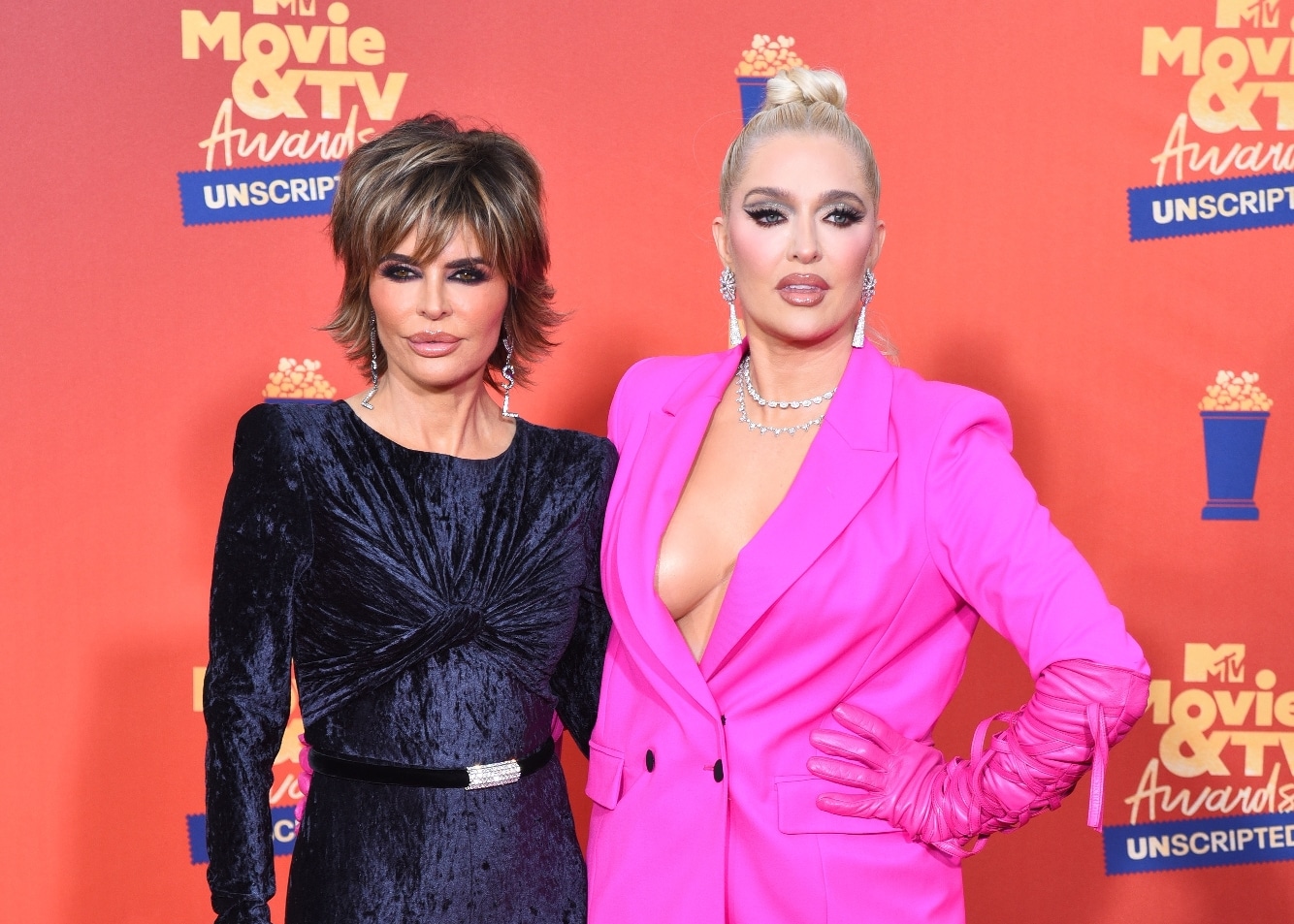 Lisa Rinna joined Erika Jayne and Diana Jenkins for an Instagram Live session earlier this week, where the trio answered questions from fans.

As fans of the Real Housewives of Beverly Hills await news in regard to what the season 13 cast will look like, Lisa reacted to a question about her future from a fan as Diana called for her return and Erika spoke of being “vindicated” amid her many legal battles.

During the Live session, Erika read a question from a fan, who asked, “Are you coming back, Lisa?” Diana then said, via a clip shared by The Talk of Shame on Instagram, “She better.”

Then, after confirming that she doesn’t yet know if she’ll be asked back, Lisa admitted she’s currently “jobless.”

“I don’t know. Right now, I am jobless … I am on bed rest,” she joked before Diana confirmed it was she who is “on a bed rest.”

According to the clip, Lisa and Erika reunited with Diana during her pregnancy to “entertain” her amid the bed rest limitations she’s been dealt. 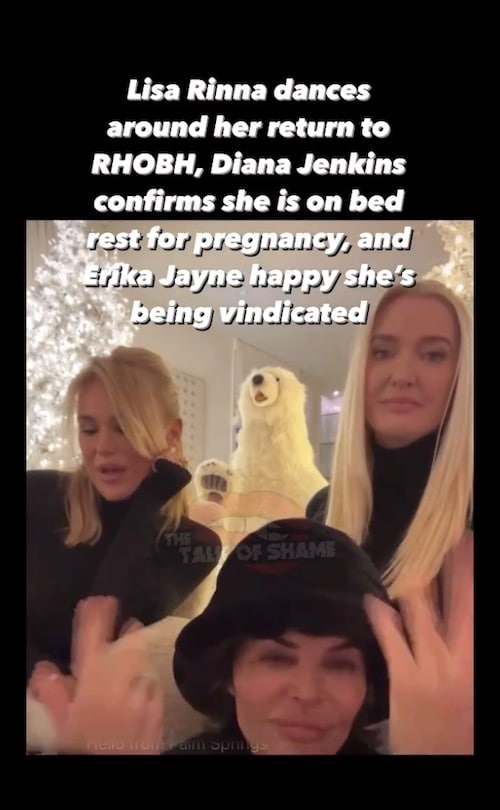 Lisa then read another comment from a fan, who told Erika, “Erika, so happy you’re being vindicated.”

According to Lisa, it will just take a bit of time for Erika to be “vindicated” of claims of teaming up with estranged husband Thomas Girardi and his now-defunct law firm, Girardi Keese, to embezzle millions of settlement funds meant for his clients.

“It just takes a little time,” she stated.

At the end of the clip, Lisa, Erika, and Diana did a cheers — Lisa and Erika with champagne and Diana with what appeared to be orange juice.

“Happy New Year from us and yes, we are real friends … We are. Love you girls,” Erika said.

Although many have assumed Diana will not be featured in the upcoming season, she seems to be in contact with at least half of the cast from season 12. As fans may have seen, Diana spent time with Crystal Kung-Minkoff days prior to her night with Lisa and Erika. And after their day together, Crystal defended their friendship on Instagram after facing claims of being “fake” and a “social climber.”

“She has been a very good and loyal friend to me off camera. And that I will not take for granted,” Crystal stated.

The Real Housewives of Beverly Hills season 13 is expected to begin filming later this month.