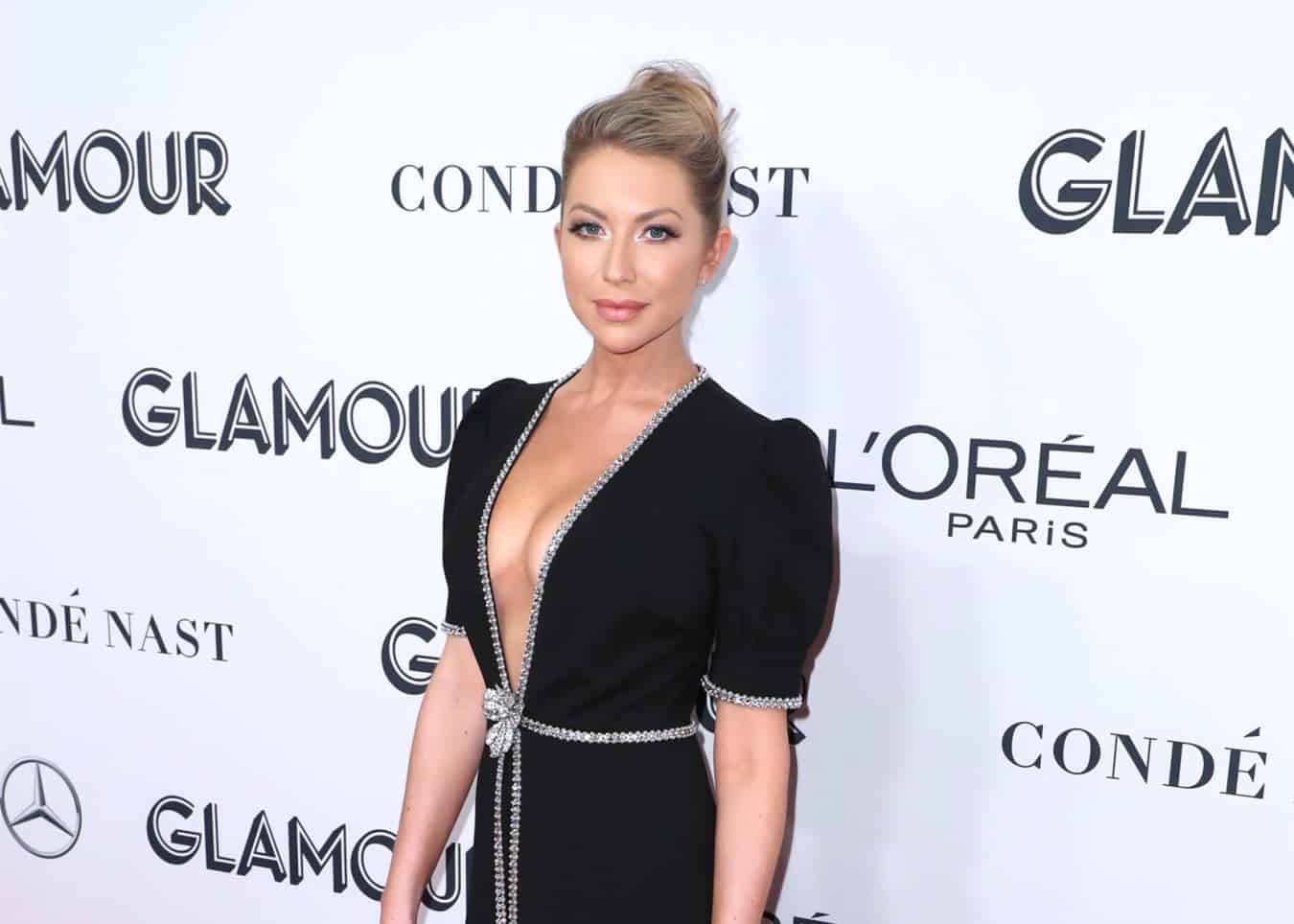 Stassi Schroeder appeared on an episode of Katie Maloney‘s podcast earlier this month, where she spent nearly 40 minutes discussing Prince Harry and Meghan Markle‘s Netflix documentary — and how she relates — with her longtime friend.

Before admitting to frequently finding herself frustrated with her Bravo contract, looking back on the paparazzi attention she got after being fired from Vanderpump Rules, and dishing on her holiday traditions with 23-month-old daughter Hartford Charlie Rose Clark, Stassi said that when it came to the sharing of her pregnancy news, she believes she knows why it was leaked.

As they discussed the media circus Harry and Meghan have endured in recent years, with Katie noting that negative stories are often given to the press by celebrities attempting to keep their own secrets hidden, Stassi was reminded of her 2020 pregnancy leak.

“I think that’s how my pregnancy was leaked. Do I sound bitter and resentful? Because I keep referencing that time, but I can’t help but reference it because everything Meghan and Harry are saying, it’s like triggering that in me,” Stassi explained on the December 16 episode of You’re Gonna Love Me. “That’s how I’m relating to so many parts of their story, and so when you talk about trading articles, I’m convinced there was information traded. Someone was gonna get a bad article, a very damaging article about them, and they were like, ‘I have information that I can give you instead: Stassi’s pregnant. No one knows.’”

“That’s the only thing I can come up with,” she added.

And Katie agreed, saying, “It makes sense because there was so few people that knew, and the people that I knew that knew at the time would never do that.”

While Stassi is convinced someone in her inner circle leaked the news, she admitted that as her pregnancy advanced, she started telling more people.

“I told a few that I could be like, ‘I could see that happening.’ That’s on me. My bad,” she stated, adding that prior to the leak, she planned to “Kylie Jenner it” and just show up with a baby eventually.

Stassi also related to Harry and Meghan’s inability to fight back against certain rumors, saying that she was forced to stay silent about the drama of Pump Rules until after its seasons aired.

“You’re not allowed to talk about anything that’s gone on, and then all these narratives start being spun out on social media… And you’re like, ‘But that’s not what really happened,'” she shared. “But you are contracted, so you can’t tell your truth, and if you do tell your truth, sometimes you just look like a f-cking crazy liar. [You’re] forced to be quiet and be silent and not comment, and it sucks.”

As the discussion continued, Stassi said that hearing about Harry and Meghan, and how they were constantly followed for stories, brought her back to 2020, when she was fired for racially-charged comments and behavior towards ex-co-star Faith Stowers.

“There were paparazzi out, and if there was a photo taken of me and I was smiling, people were like, ‘She has no shame. She doesn’t care. She’s not sorry for anything.’ But if there was a photo of me where I looked sad, people were like, ‘Look at her playing the victim. Are we supposed to feel sorry for her?’ It’s like you can’t win either way,” Stassi revealed. “[Beau Clark] and I would have these conversations. We’d be like, ‘Do we smile, do we frown, do we look angry? If we don’t smile, we literally look like we’re in a fight. What do we do?’ There’s no way to win.”

Also, during the podcast episode, Stassi said that while she’s in the habit of planning her own Christmas “vibe” and doing her own decorating, she’s doing her best to allow for a shift in her traditions.

“I realized that in doing that, I’m taking away the fun of the family getting to make choices and picking things out and so I feel like I want to, this year, get another mini Christmas tree,” she revealed. “I’m trying to figure out what traditions are the ones we’re gonna adopt and have cuz right now, it’s still about me and my decor.”

Although Stassi acknowledged that Hartford is still young, she said she picks up on things quick, including her upcoming second birthday.

“I just asked her how old she’s turning for her birthday and she goes, ‘Two!’ And I’m like, ‘I just taught you that yesterday.’ So she will understand that I’m leaving the cookies for Santa,” Stassi concluded.