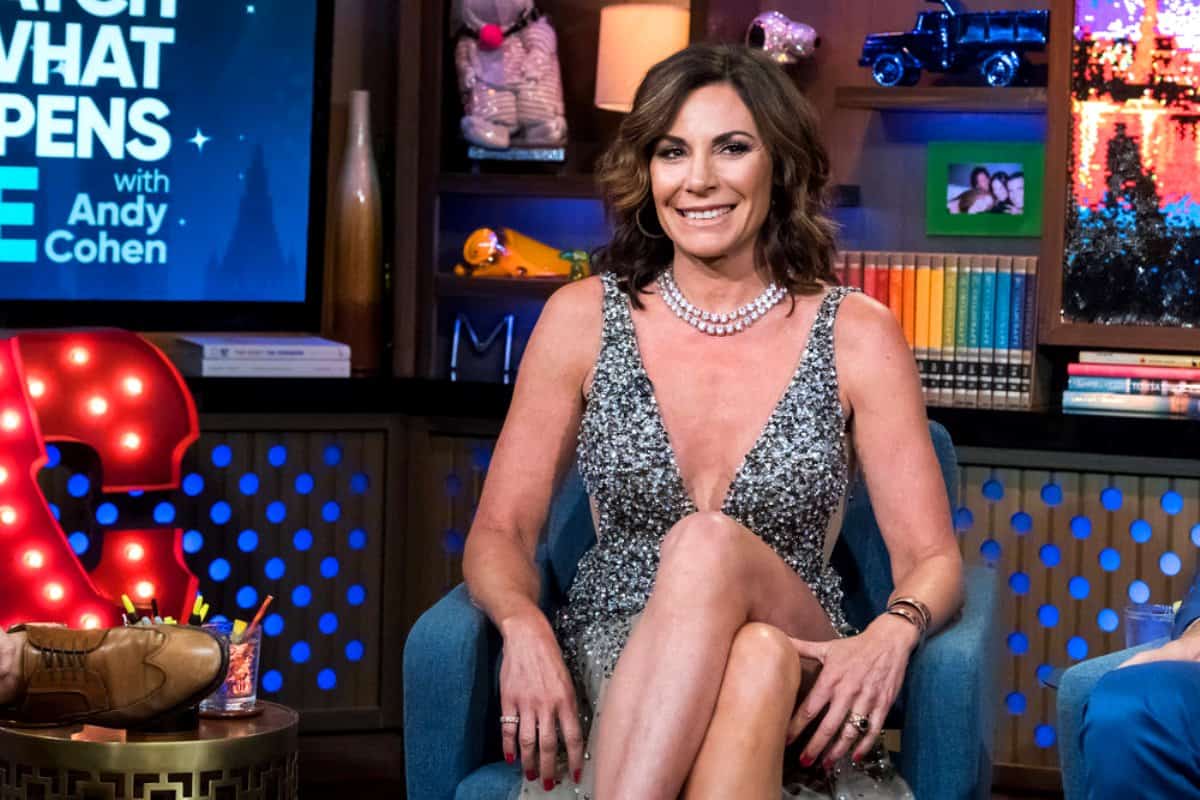 The Real Housewives of New York City star Luann de Lesseps played a pretty big role in the show’s 10th season, and viewers followed her dramatic turn from her arrest in Palm Beach to her comeback on the stage with her cabaret act #CountessandFriends, but unfortunately, when it came time for the reunion, Luann was back in rehab for the second time this year.  But in the interest of fairness, and giving The Countess her say, Andy Cohen invited her on Watch What Happens Live last night, and she dished on the reunion drama.

First, I must say that Luann looked fabulous, and was decked out head to toe in, you guessed it…Jovani! Luann said she loves his dresses, and that they were not only perfect for her cabaret act, but they also ‘fit her like a glove.’

Of course, her former friend, Dorinda Medley was the one who suggested she wear Jovani (and don’t you forget it), and Luann said she appreciates Dorinda for turning her on to his fashions. As far as any hope for a reconciliation, Luann makes it clear that won’t be happening anytime soon after Andy noted that Dorinda was interested in mending their friendship.

“I think that’s very sweet of her, but it’s not my vision for the moment,” said Luann about reconciling with Dorinda.

She also spoke out on Dorinda’s claims that she only went into rehab the first time to avoid jail, and hadn’t “had some revelation.” Luann said that she went to rehab on her “own recognizance,” and did so to get sober and healthy.

“It was not court ordered to go to rehab. I went on my own recognizance first of all, so Dorinda doesn’t know anything about me,” said Luann. “I went because I felt that I needed to go and take care of myself. I take it very seriously, my sobriety, and it’s 51 days [sober] today.”

Much was also made of Luann’s recent relapse during the reunion, and all of the ladies admitted that they had suspected Luann had fallen off the wagon.  However, Luann says Ramona’s tales of her drunken misbehavior at The Beacon, and getting thrown out of parties were patently false.

“Ramona, look at me with those eyes. I was never at The Beacon this summer, that was a total lie, and at Chris Birch’s party I was not kicked out,”  Luann said staring into the camera. “Stop making things up to make yourself look better.”

Ramona’s version of Luann’s relapse however coincides with what’s been reported by other media outlets.

“My cabaret to me is everything. I found my calling in my life,” said Luann. “I understand their concern and I appreciate it but I’m good because I’m on the stage doing what I love.”

Luann was especially disappointed about not being available to ‘have Bethenny’s back’ during the reunion.  She felt that the other ladies piled on, and must have certainly done some “plotting and planning,” as they seemed to agree with each other, and back each other up with their attacks on Bethenny.

For the record, she’s also firmly Team Bethenny, when it comes to her ongoing saga with Carole Radziwill.  Luann said that she’d never gotten over “certain things that [Carole] did,” and mentioned that Bethenny had been a constant source of support for her throughout what proved to be a very trying year.

She hopes to also be a source of support for Bethenny as she grieves the loss of her boyfriend, Dennis Shields.  She admitted that they haven’t spoken since his passing, as she’s trying to respect Bethenny’s privacy, and ‘give her space’ but added that they have been communicating through texts.

Luann also agreed with Bethenny’s assessment that she’s a “big baby.” She admitted that she can be ‘child-like,’ but said that her zest for life and sense of wonder are not something she wants to change anytime soon.

As for the legal drama involving her own children, Luann said that “everything is great with the kids,” adding that they’d spent the long Labor Day weekend together, and that it had “all worked out.”  The lawsuit her kids filed against her is however still ongoing.

So, the Countess got to have her say, and she looked great doing it.  We bade adieu to the RHONY ladies last night, after a season filled with more than it’s fair share of drama.  But, we’ll be waiting for season 11 with baited breath! So long, ladies.