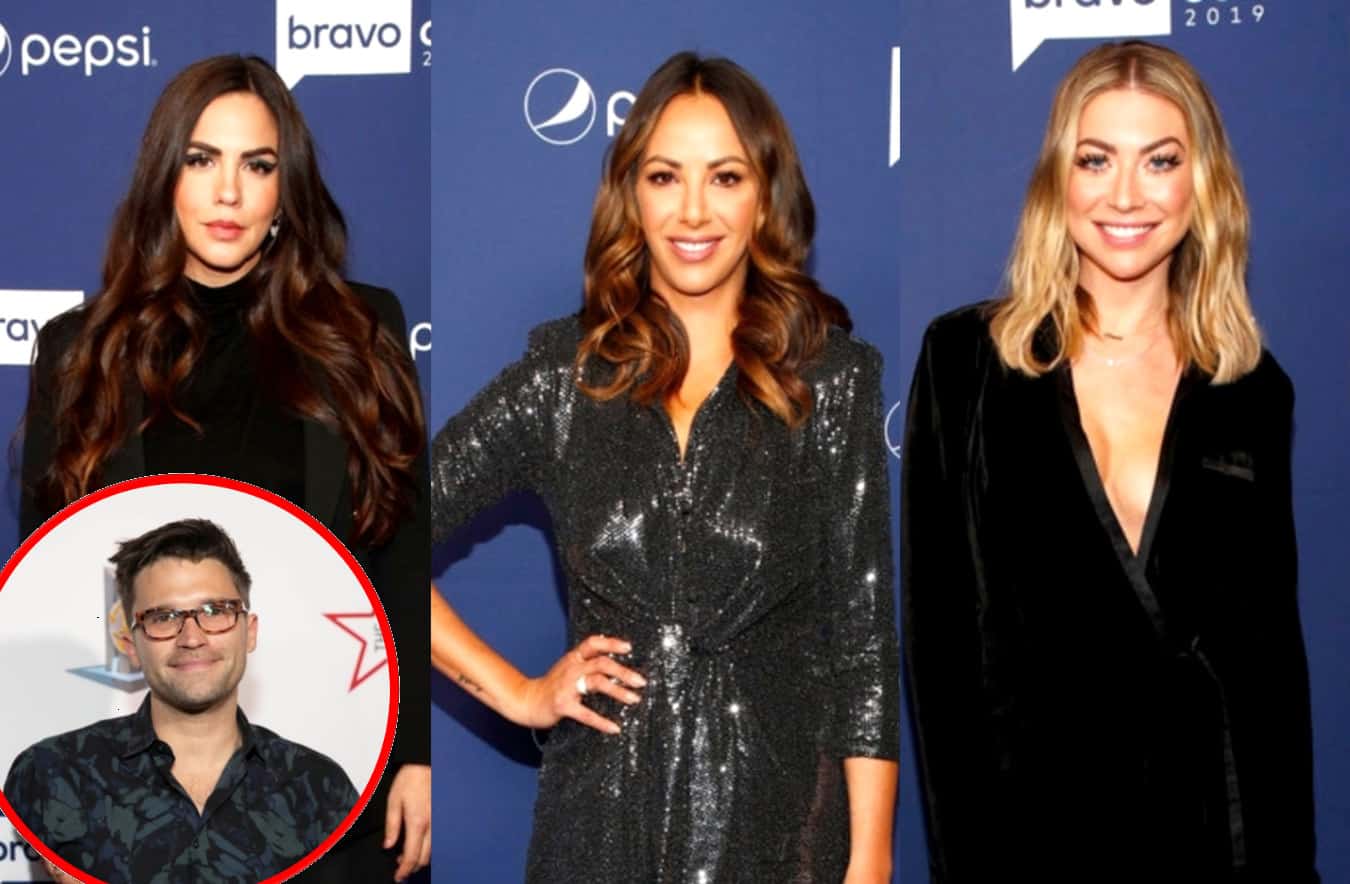 The cast of Vanderpump Rules are addressing the whispers that the show might be getting a spinoff with just the original cast members, plus Katie Maloney is speaking out on claims of her supposedly fake marriage to Tom Schwartz as Kristen Doute discusses her rift with Stassi Schroeder and Katie.

While the women have been on the outs with one another for the past several months, all three Vanderpump Rules cast members seemed to be open to the idea of a reconciliation as they attended BravoCon over the weekend in New York City. While there, they chatted about a number of show topics, including their new co-stars.

During season eight filming, fans were shocked when Lance Bass suddenly revealed that Katie and Tom weren’t actually married before the longtime couple ventured to Las Vegas, where they allegedly made things official with a second wedding ceremony. However, when asked about the issue, Katie played a bit coy.

“Let’s just say it’s a technicalities. I’m 100 percent married. In my head and my heart, which matters more than anything, I’ve been married for three years,” she explained.

“But like, you haven’t,” Stassi laughed, not hesitating to spill the beans.

The ladies also addressed the different direction Pump Rules is going in after the addition of five new cast members to its series for season eight.

“I like some of them,” Stassi said of her new co-stars. “There’s a lot of taking selfies in bikinis and belfies all day long that I’m like, ‘Can we have a conversation for one second?’ It’s really hard for me to relate to 20-year-olds [and] I wasn’t around them that much. They kind of kept us a little separated.”

While Stassi struggled to connect with the new men and women of the series, Katie revealed she is close with Max Boyens, who works as the manager of TomTom, which her husband co-owns with Tom Sandoval, Lisa Vanderpump, and Ken Todd.

“I’ve made an effort with them all. Some of them are just too young,” Katie explained.

Following the addition of the new cast members, rumors began swirling in regard to the potential splitting of Vanderpump Rules into two shows, one with the newbies and another with the original cast members.

“I keep hearing that speculation [about two shows]. So, we shall see. It would be a lot of pressure on us,” Stassi noted.

“It’s going to be a lot of viewer response, I think, and how they take to them,” Katie continued. “I mean, they are people that met at the restaurant. They didn’t have the kind of friendships and relationships that we had going into the show. So, I don’t know.”

Stassi also questioned the authenticity of the new cast members.

“It looks like they watched seasons one through seven of Vanderpump Rules and just reenacted everything that we’ve already done,” she added.

When it comes to Stassi and Katie’s strained relationship with Kristen, they remain open to a reconciliation.

“It’s sad… We’re both sad about it and we talk about it all the time. And we’re like, ‘I wish it wasn’t like this, but what can you do right now?'” Stassi said of her and Katie during an interview with Entertainment Tonight. “But obviously, we hope this doesn’t last forever.”

“We need to be able to have an honest conversation, with 100 percent transparency,” Katie explained. “We’ve been really wanting that for a long time and it’s just been difficult.”

According to Kristen, who also spoke to the outlet at BravoCon, she believes the divide between them is the result of the fact that they are all “changing” and growing in different directions.

“I don’t think we’ll never be, have any sort of relationship again, personally. I just think it’s going to be a lot different if we do and that would be a very positive thing,” she added.