Margaret Josephs Suggests Danielle Staub Won’t Return to the RHONJ Before Slamming Her as “Pathological, Unstable and Frightening” 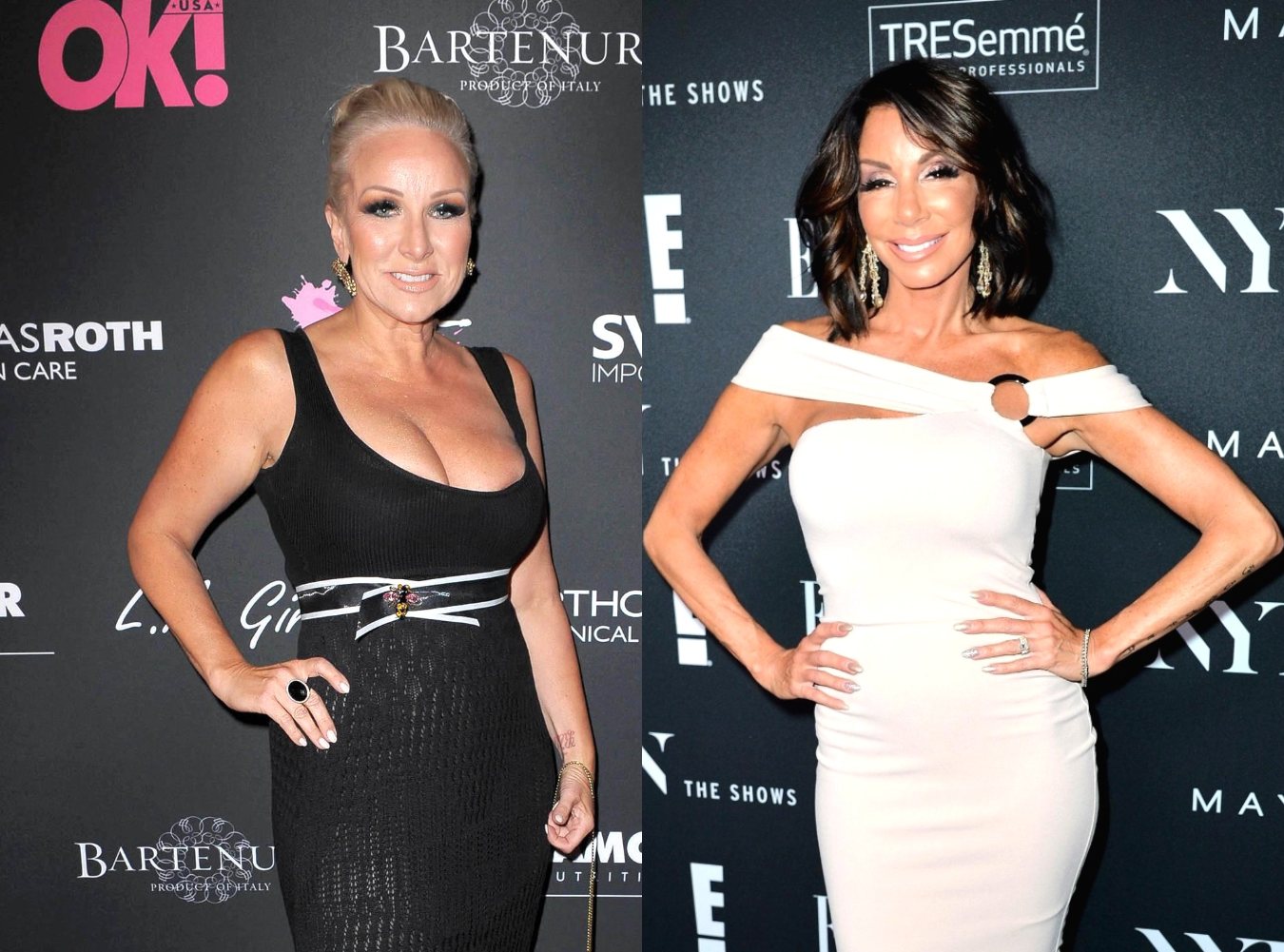 Margaret Josephs is suggesting Danielle Staub won’t be returning to the Real Housewives of New Jersey next season as she also responded to a fan on Instagram who accused her of “crying assault” after being attacked from behind by her co-star.

After the critical fan suggested it was Margaret who prompted the encounter by throwing water on Danielle and noted that Margaret had actually committed an assault by doing so, Margaret said it was Danielle who assaulted her. Then, Margaret fueled rumors regarding Danielle’s exit from the series and lashed out at her co-star for being “pathological, unstable and frightening.”

“You cry assault on twitter but you are the one who started the assault by throwing water,” the fan wrote. “Throwing anything at anyone is assault. If you weren’t trying so hard to be relevant (which is obnoxious) to stay on tv, you might be bearable to watch.”

“I didn’t cry assault that is exactly what it was,” Margaret fired back. “[Danielle] came in looking to attack me and push me into a physical altercation for her to stay relevant. I purposefully stayed away till confronted. Let’s remember who is the full-time cast member and who isn’t, there is a reason.”

Following questions regarding Danielle’s potential firing, Margaret fueled rumors in her comment by saying the series “went on and will go on without her.” She also noted that “no one is speaking to her,” even her former friend Teresa Giudice, who suffered a falling out with Danielle last year.

As RHONJ fans may have seen, Margaret released a statement on Twitter after Wednesday’s episode and suggested that Danielle nearly snapped her neck and paralyzed her during the attack. Meanwhile, during a taping of the RHONJ: After Show, Danielle confirmed she had no regrets about her encounter with Margaret and actually felt “happy” with herself after their fight.

Margaret went on to address Danielle’s claims about her breaking up her short-lived marriage to Marty Caffrey by labeling the allegations as “laughable.”

“[Danielle] can’t take responsibility for anything. She filed a restraining order against the man and accused him of abuse not only against her but her daughters. I guess I did that too. She is pathological, unstable and frightening,” Margaret explained.

“She continues to show her true colors by showing no remorse what so ever. My regrets are I tried to be a friend, truly cared for her and let my emotions get the best of me,” she added. 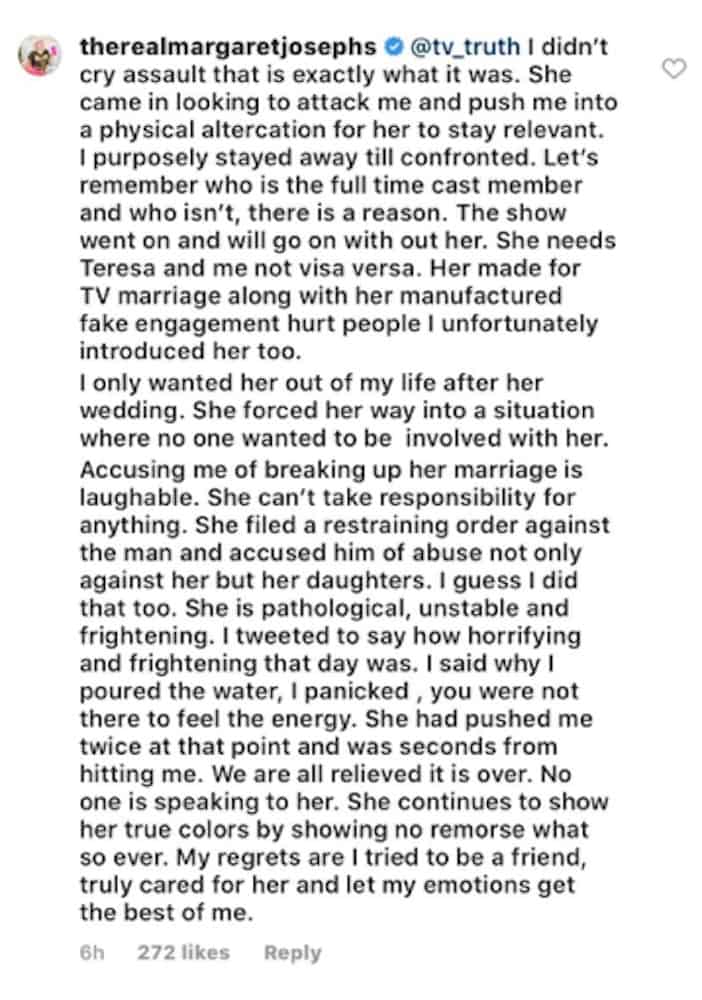 While fans of RHONJ have not yet learned what led up to Danielle’s falling out with Teresa, a report weeks ago revealed that Melissa Gorga was in some way involved in the sudden end of their friendship.