Home Real Housewives of New York City News Luann de Lesseps Calls Out Dorinda Medley for Being ‘Too Harsh’ on Tinsley Mortimer, Thinks Tinsley Was Leading “Double Life” and Reveals if She Still Speaks to Bethenny

Luann de Lesseps Calls Out Dorinda Medley for Being ‘Too Harsh’ on Tinsley Mortimer, Thinks Tinsley Was Leading “Double Life” and Reveals if She Still Speaks to Bethenny 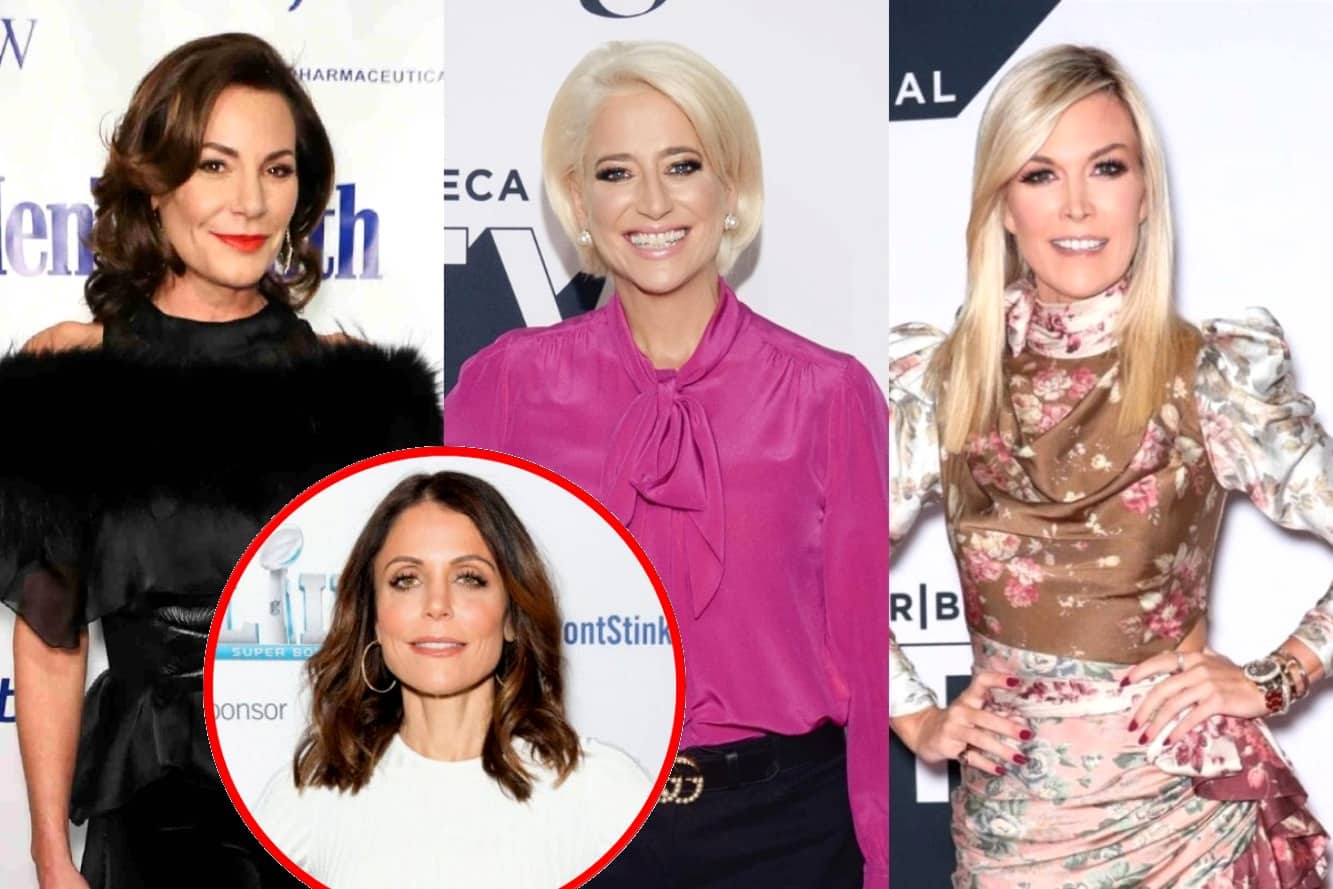 Luann de Lesseps is reflecting on the current season of The Real Housewives of New York City while sheltering in place in Sag Harbor. Season 12 might be taking a short break before airing new episodes, but Luann still has much to dish on the RHONY cast, both past and present.

In a new interview, the reality star spoke at length about her now-ex-costar Tinsley Mortimer, who left midseason to be in Chicago with fiancé Scott Kluth. Does she think the women were being too hard on her?

”I just think that understanding Tinsley is the issue and I think there’s a communication issue,” Luann explained on the Reality of Reality podcast. “And I think she’s leading a little bit of a double life that we don’t know about and Dorinda [Medley] calls her out on it. I think too harshly and too aggressively. If I were Tinsley I’d be like, ‘Mind your own business. If I wanna see Scott, I’ll see Scott, so stay out of it.’ And I just don’t feel like she stands up for herself and I think that’s the issue.”

The mother of two went on to explain that she felt Tinsley was most likely not revealing everything out of fear of what the women would think, but “harboring secrets” is definitely something the RHONY ladies “don’t respect.”

Luann ultimately defended Tinsley’s decision to move to Chicago to be with Scott, reflecting back on her past relationships.

“She took the opportunity to be with the man that she loves and who wouldn’t in their right mind do that?” she asked. “I left a career in Italian television to be with the Count. And if I hadn’t done that, I don’t think it would have worked out. So I think you gotta go all-in or not… And I hope it works out. “

Podcast host Aliza Rosen then asked about Luann’s ex-costar Bethenny Frankel, who left the franchise last year. The two have faced their ups and downs throughout the seasons, but are they friendly these days?

“I have not [spoken to her],” she revealed. “We’re cool, it’s not like we don’t dislike each other for any particular reason. I have nothing against her. I think she’s moved on and, you know, when she moves on, she moves on. That’s kind of typical Bethenny.”

The cabaret star also discussed the evolution of her current castmate, Ramona Singer, and how much she has truly changed over the years.

“I think that Ramona has changed for the better. I really believe that. Listen, you’re never gonna change Ramona completely and god knows we don’t want to because where can you find that kind of crazy Ramona, right?” she stated. “But I feel like Ramona’s come a long way in terms of being more compassionate, I think. You especially see that with Leah McSweeney this season, she kind of mothers her.”
Photos Credit: JOHN NACION/startraksphoto.com, lev radin/Shutterstock.com