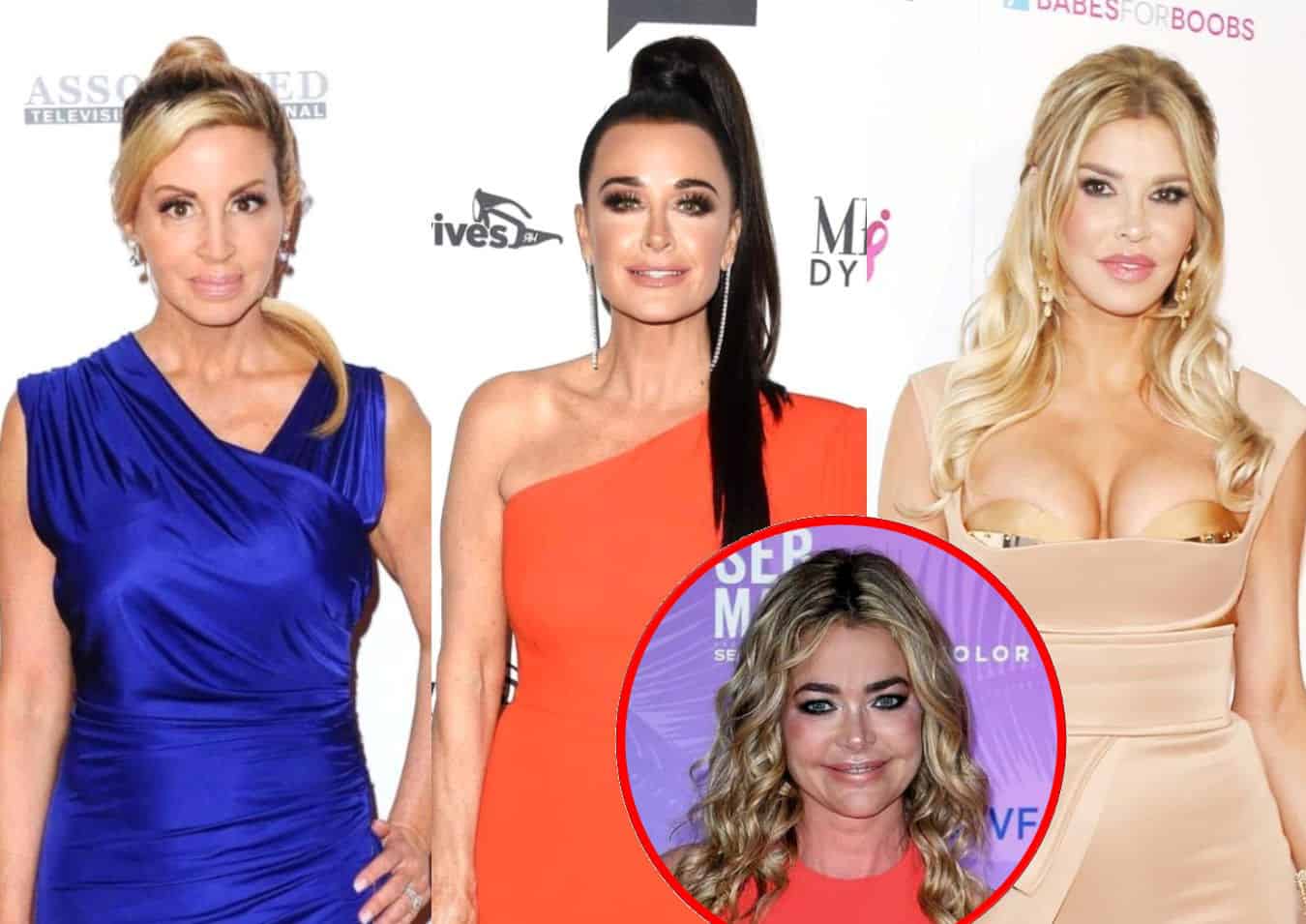 Camille Grammer spoke out against Brandi Glanville on Twitter after she went public with claims of an affair with Denise Richards at Kyle Richards‘ home on the latest episode of The Real Housewives of Beverly Hills.

Following Wednesday’s show, Camille took to her social media page to slam Brandi as a potential liar and “true predator” for her statements about her supposed romance with Denise and the many things that Denise allegedly had said about their castmates behind their backs.

“What did you all think of last nights episode of [RHOBH]??” Camille asked on Thursday, July 23. “The scene at Kyles seemed like Brandi twisted the truth and rehearsed what she had said before her fake impromptu appearance at house. IMO Your thoughts?”

Following Camille’s post, she reacted to one of her fans and followers who said that Brandi’s comments about her supposed romance with Denise felt “extremely rehearsed.”

“Brandi’s account of what allegedly happened between her & Denise felt extremely rehearsed and like she was trying to paint it as assault/without consent. Very dark. Didn’t like it,” the person said.

“I agree. It was dark. Brandi plays victim but is the true predator,” Camille replied.

In a third tweet, Camille responded to a fan who expressed disgust over the way Brandi insinuated that she had been taken advantage of by Denise.

“Made me sick listening to her,” the woman wrote.

“That was really low,” Camille agreed.

While Denise has denied rumors of an affair with Brandi and also stated that she and husband Aaron Phypers do not have an open marriage, Brandi said on Twitter after the latest episode of RHOBH that she was willing to take a lie detector test to prove that she was being honest about the things she said about Denise.

At the same time, Brandi said that in addition to her supposed hookups with Denise, she was also asked by Denise and Aaron to find them other chicks to sleep with.

“They are open and asked me to find chicks for them!!” she claimed in one of her tweets.