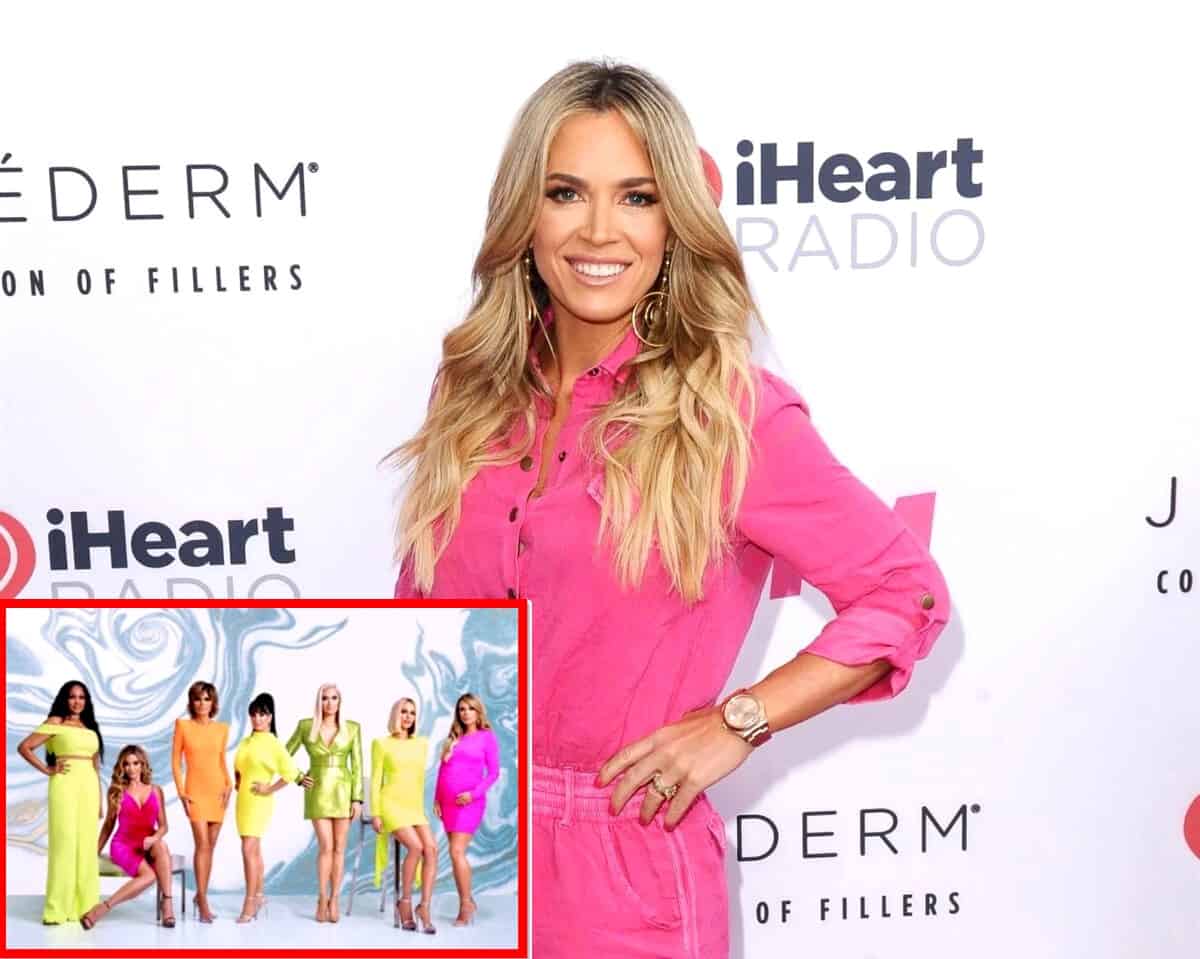 Amid weeks of backlash regarding the way in which she confronted Denise Richards on The Real Housewives of Beverly Hills about her alleged affair with Brandi Glanville, Teddi shared a telling post on her Instagram Stories about the high ratings of season 10 before participating in a since-deleted Q&A session with her fans and followers.

On August 19, amid the latest episode of RHOBH, Teddi shared a screenshot from a fan who suggested it was she who is responsible for the current ratings of the show, which averages about 1.5 million viewers each week. She noted that her behavior had likely secured her season 11 return.

“Even bad publicity is good publicity and the fact that people cannot stop talking about Teddi! They talk about her the MOST & the ratings are the highest… thank you haters for honestly securing her diamond. Keep her name in yo mouths,” the fan’s message read.

Teddi also included a caption to her post with the hashtag, “truth.”

“I don’t know you but I see you,” Teddi wrote, along with a laughing-while-crying emoji. 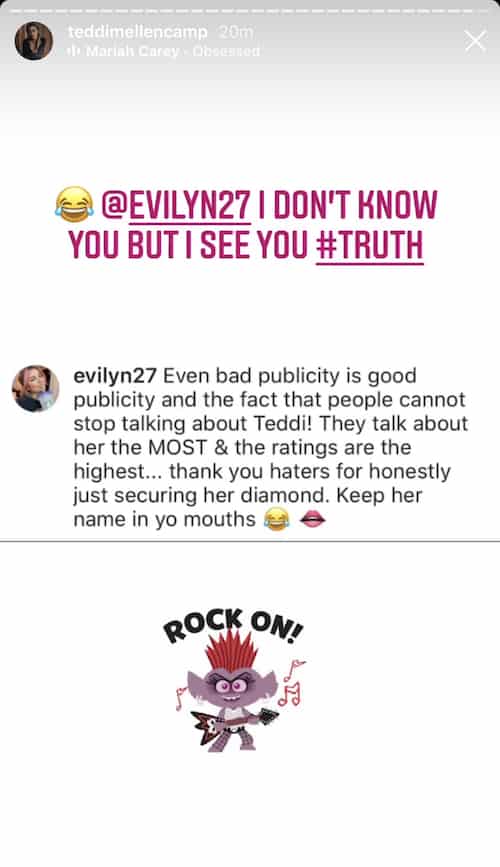 Following the post, Teddi was asked why she’s seemingly become such a “mean girl” on the show during her Q&A.

In response, Teddi said that while her first season with the series included more footage of her personal life, including her life as a mom to her three children and the time she’s spent riding horses, producers now chose to focus on the more controversial aspects of her life.

Teddi was then asked about her baby shower. She admitted that when it came to her non-famous friends, they did a good job tolerating the antics of the ladies as they argued back and forth about whether Denise or Brandi was being honest about their relationship.

Although Teddi was not on good terms with Denise during filming on RHOBH season 10, she would not confirm where the two of them stand today. Instead, she told a fan that they will have to wait for the reunion to find out.

The Real Housewives of Beverly Hills season 10 finale airs next Wednesday, August 26, at 9 p.m. on Bravo.