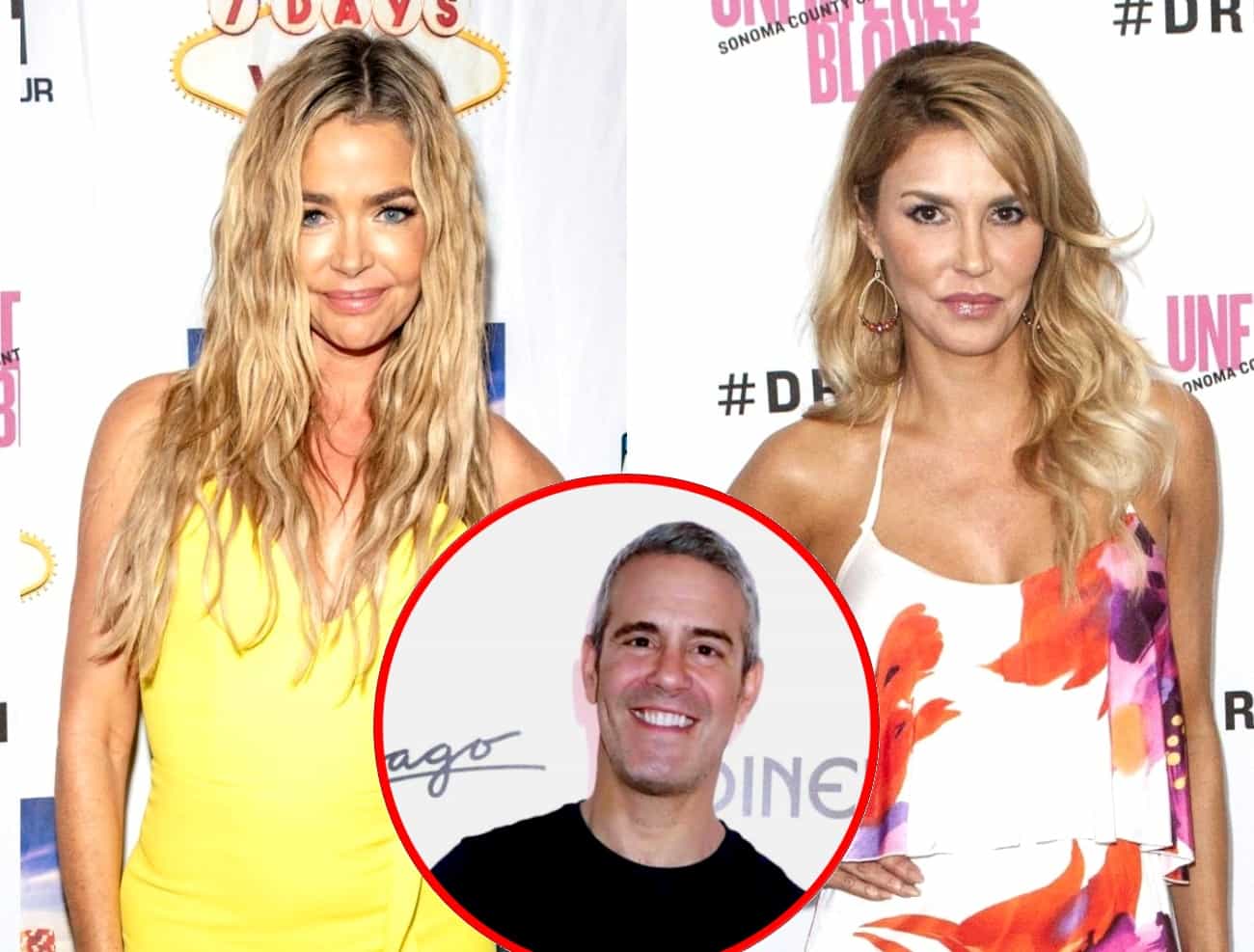 In an unseen clip from The Real Housewives of Beverly Hills, Denise Richards tries to convince her co-stars, Garcelle Beauvais and Dorit Kemsley, that a series of leaked texts from Brandi Glanville were not authentic.

Amid rumors of an affair with Brandi, Denise continues to deny any such accusations on the show and off, holding steadfast to the idea that Brandi is making the entire thing up.

“You know why? I’m not f–king stupid,” Denise explained in the clip shared by Queens of Bravo on August 17, denying any possibly incriminating text messages with Brandi. “I’ll never forget this … Charlie [Sheen]’s ex-wife had an app that would make it look like text messages even … to Charlie.”

As Denise explained her theory around Brandi’s texts, Garcelle seemed a bit skeptical, placing her hand on her face and saying, “Oh God, Denise,” as Dorit looked at the ground and shrugged her shoulders.

“That is the f–king truth!” Denise doubled down.

“So do you think that if Brandi had texts–” Garcelle began.

“She has no texts of me saying anything,” Denise interjected. “I ain’t f–king stupid. I’ve been around the block 20 gazillion times. No f–king way would I say, ‘Hey, it was a great f–k last night. Thank you!’”

In A #RHOBH Cut Moment, Denise says that Brandi has no incriminating text message of her. “I’m not stupid!” pic.twitter.com/eomIPx40JS

As season 10 moves forward and the Brandi-Denise drama continues to unfold on screen, speculation around the alleged affair has everybody talking. Numerous fans, Bravo stars, and diamond-holders have weighed in.

When it comes to the man who helms the ship, Andy Cohen recently revealed that he’s “team everybody.”

“I think it’ll be interesting to see, you know, for people to hear what Denise has to say and what the other women have to say about what’s going on,” he told Us Weekly recently. “I think people will have strong opinions.”

Meanwhile, former RHOBH stars Camille Grammer and Lisa Vanderpump reveal they’re standing behind Denise, as Camille noted on Twitter that Denise is “carrying this season” and that Brandi is “the true predator.” Lisa also empathized with Denise “having a really rough time” this year and that she would “love to speak to her at some point.”

As for Denise’s current costars, Garcelle continues to be on her friend’s side throughout the show (and apparently at the reunion) while Dorit has been somewhat neutral around the affair debacle, if not a little upset with Denise over certain comments she’s made.

Kyle Richards and Teddi Mellencamp, who initially brought the rumors to light with Brandi before their Rome trip, stand by their belief that Brandi isn’t lying about the alleged hookup and that Denise isn’t speaking the truth about her part.

Lisa Rinna has been a friend of Denise’s for years, but this season on the show seemed to have caused a major rift between the two, as Rinna continues to accuse Denise of not sharing her “reality” on RHOBH.