RHOBH’s Kyle Richards Suggests Denise Richards Was Manipulated by Camille Grammer in Rome as She Finds Timing of Their Friendship Suspicious, Plus Teddi Shades Relationship as Convenient 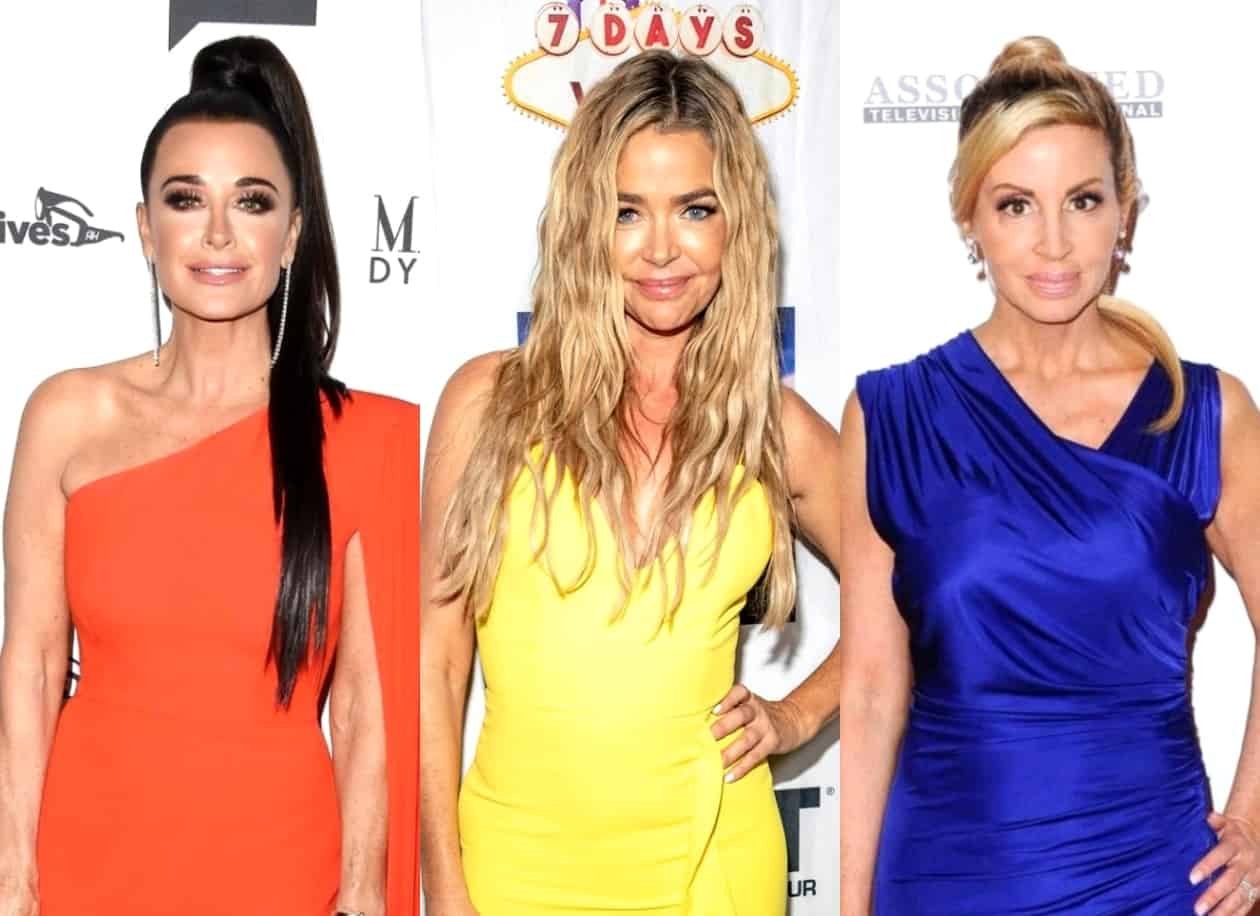 Following the finale episode of The Real Housewives of Beverly Hills on August 26, which featured Denise and Camille chatting about Denise’s next event with her castmates, which she ultimately skipped, Kyle and Teddi weighed in on the timing of the ladies’ relationship as Kyle admitted to suspecting that Camille had something to do with Denise’s behavior in Rome.

“Something happened where they started talking and I don’t know if that was Denise looking for some inside scoop or whatever it was but I can tell you that it wasn’t them needing to make peace with each other for just the hell of it,” Kyle said on the RHOBH: After Show.

“They weren’t exactly missing their friendship with each other,” she continued.

Laughing, Teddi addressed the relationship by mocking Denise, saying, “I’ve really been missing my time with Camille so I’m going to conveniently hang out with her and share my point of view.”

As for Kyle’s relationship with Camille, she said they were “actually okay” before Camille started calling her out on Twitter and making what she feels were false claims by suggesting that she was running RHOBH and had prevented Camille from returning for season 10.

“She started tweeting things, which [was] so ridiculous,” Kyle recalled.

According to Kyle, she believes that Camille manipulated Denise after she joined the show and actually had an impact on the way she behaved during their group events in Rome, where Denise faced questions about her alleged relationship with Brandi Glanville and the negative things she reportedly said about the cast.

“I don’t know if Denise reached out to Camille or Camille reached out to Denise but she’s putting it in someone like Denise’s head, who is new to the show, ‘Oh, Kyle is running the show and telling everybody what to do,'” Kyle explained. “It actually was apparent to me in Rome, Denise was literally, of all the things that happened, she was directing everything toward me. So there was something going on there for sure, which I knew. It was very frustrating to me.”

The Real Housewives of Beverly Hills season 10 reunion will begin airing with part one of three on Wednesday, September 2, at 9 p.m. on Bravo.