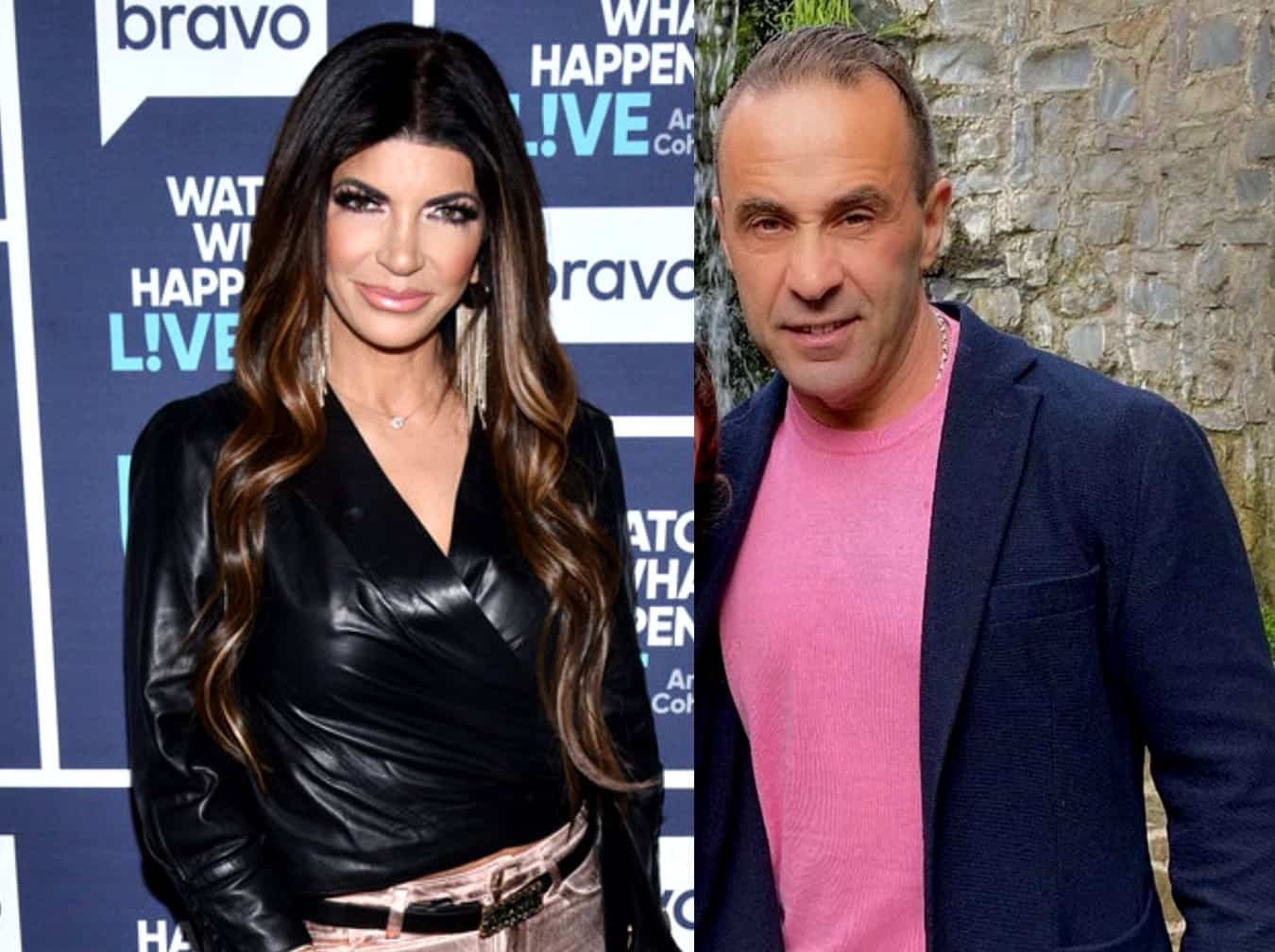 A month after finalizing his divorce from Teresa Giudice, Joe Giudice revealed he was dating a lawyer in Italy. Now, sources are sharing how the Real Housewives of New Jersey star feels about Joe’s newfound singledom.

After Joe shared his relationship status on The Wendy Williams Show last week, an insider noted that Teresa is actually “really happy” for her ex-husband as the two embark on life post-marriage.

“Teresa is really happy for Joe that he’s moving on with his life,” a source told HollywoodLife. “There’s no bad blood between them and she wants him to be able to live a happy life.”

The reality star and her ex, who share daughters Gia, 19, Gabriella, 16, Milania, 15, and Audriana, 11, apparently still talk often and are still involved in each others’ lives as they aim to sufficiently co-parent even with Joe living overseas.

“They still talk daily and it’s always about the girls,” the source explained. “Their marriage was over for quite some time, so it’s not a total shock to her that he’s dating. The girls are OK with it as well and they’re happy their dad can spend time with someone.

Teresa is likely not affected by Joe’s dating life considering her own. Sources have reported she has been testing the single waters with ex-flame Anthony Delorenzo.

Apparently, the mother-of-four has been open to meet someone, but she isn’t dating anyone specific.

“She is having fun and going out and she’ll absolutely talk to a guy, but she’s not seeing any one person in particular,” the source confirmed. “Joe also knows she’s going to be dating and they really just want the other to be happy. The girls want to see their mom happy, too.”

The new season of RHONJ resumed filming July 20 after being shut down in March from the coronavirus outbreak. Season 11 is expected to air on Bravo sometime later this year or early next year.