RHOC’s Gina Kirschenheiter Shares New Details On “Creepy” Text From Sean Burke and Why It Made Her “Uncomfortable,” Fires Back at Braunwyn Claiming She ‘Weaponized Her Sexuality,’ Plus Live Viewing Thread 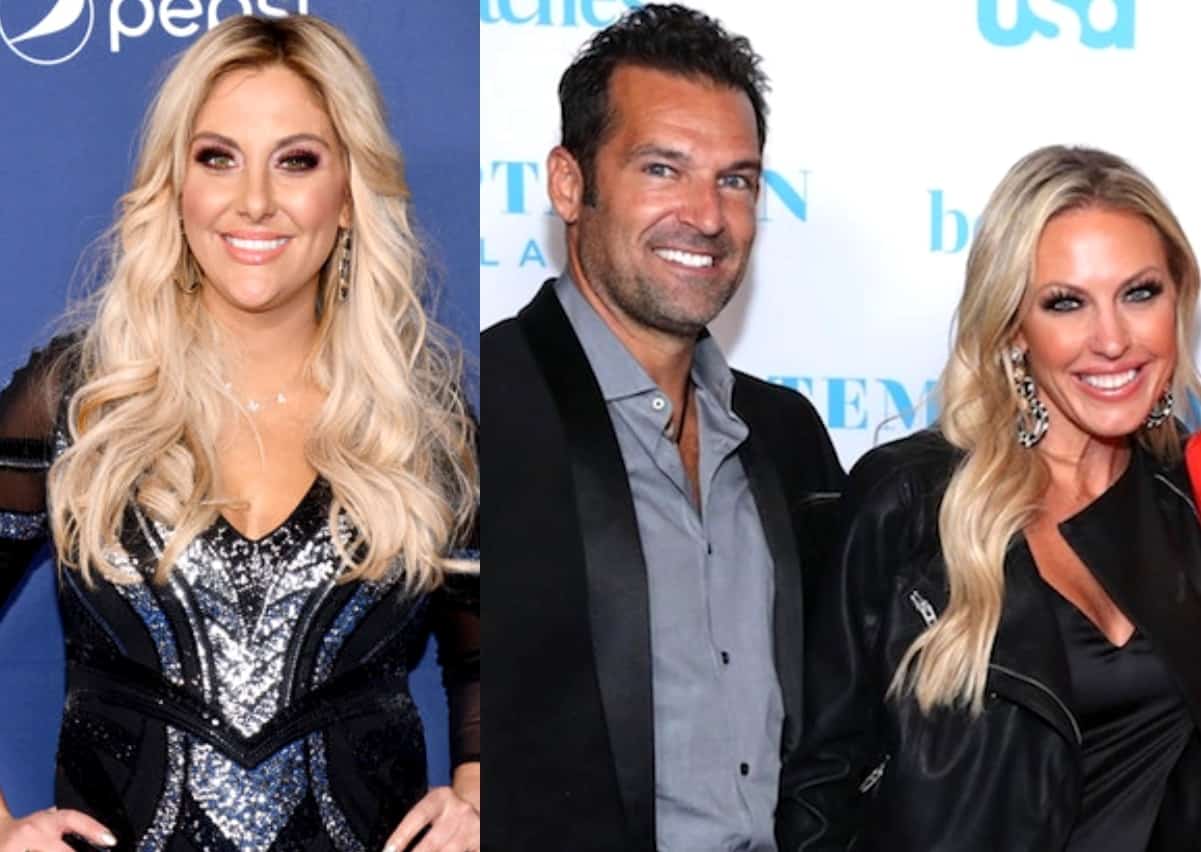 Gina Kirschenheiter has a few thoughts to share about that “creepy” text she received from Braunwyn Windham-Burke‘s husband Sean Burke and what she thinks about the state of the couple’s marriage.

The Real Housewives of Orange County star revealed her concerns in a new interview, noting how she initially interpreted the text message from Sean, which was sent after Vicki Gunvalson‘s birthday tea party last year when all the women were sufficiently drunk.

Sean got Gina an Uber home and subsequently sent her a text to check in on her well-being. He peppered the message with a few winky and smiley faces and said “it was great to spend time” with her.

“That text message came a year and a half ago, right. I felt uncomfortable by it. I thought it was a little weird,” the 36-year-old New York native told Us Weekly on October 26. “I’m coming from a divorce [with] an affair. I have more boundaries with things like that and just sex and everything in general … and so for me it was more about honesty.”

She went on, “He takes my number out of her phone and you know, it’s like, even if he was checking in on me, just text me from her phone, you know? The whole thing I think is … getting a little convoluted. She knew about those text messages. … There were other women who brought it up a couple of times last season. And I tried to just laugh it off and squash it.”

When Gina was first confronted about the text by Braunwyn, she said she was caught “off-guard” since she thought Braunwyn was aware of what happened. When Braunwyn then accused Gina of “weaponizing” her sexuality (since Gina knew she was attracted to women), Gina shot back, saying that it wasn’t about her co-star’s sexuality at all.

“She told us from the very beginning that she preferred to sleep with women,” Gina explained. “I think that the bottom line is that’s great that she is out and she’s feeling more comfortable in her own skin. But … the way that she presents her value system about women is anything but promoting [women’s] empowerment in my eyes. So that’s where I think I have an issue.”

Gina, 36, moved in with Travis after six months of dating, and they have two rooms for their combined six children, causing some of the women to comment on Gina and Travis perhaps getting too comfortable too quickly.

However, Gina thinks Braunwyn should worry more about her own family, considering the current state of her marriage to Sean as the two sort out their individual lives while living separately.

“I think right now, honestly, [I] think Braunwyn and her family are in crisis,” Gina told Us Weekly. “And I’m not going to put much stock into anything she said, and I feel for her family and you know, [but] I’m not trying to make things worse for them. I’m not a judgmental person, you know what I mean? So, if it works for them, [then fine].”

The New York native went on to explain that “it’s easier” to not get divorced, understanding why they might remain legally together while Braunwyn explores another relationship. Gina herself finalized her divorce from her ex-husband Matt Kirschenheiter in June 2019.

“If he’s OK with that — I think it might get a little sticky if he met someone new, that person would like to marry him. I don’t know if that would survive the modern marriage,” she said. “But if it works for them now, I mean, it’s less paperwork, it’s less money out of your pocket. It’s less of a headache and it’s, you know, it’s less messy for the whole family.”

RHOC Live Viewing – This is also the live viewing thread for tonight’s all-new Real Housewives of Orange County season 15 episode, so feel free to comment and chat below as the new episode airs at 9 p.m. on Bravo.