Karen Huger Believes RHOP Costar Wendy Osefo Will Eventually Be Her “Ride-or-Die,” Shares How Robyn and Gizelle Threw Wendy “Under the Bus” 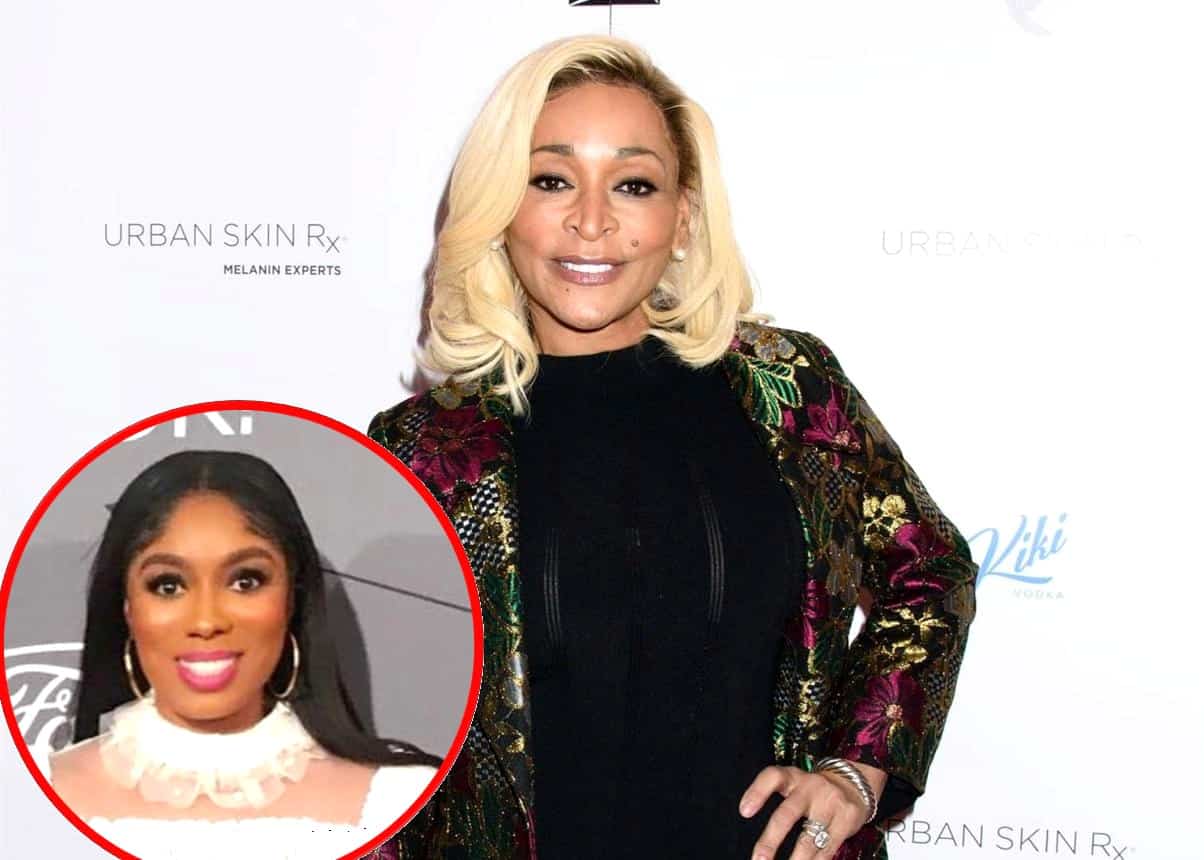 Can Karen Huger and Wendy Osefo find a truce?

Fans of The Real Housewives of Potomac have witnessed the two be at odds this season, with Karen saying she was “not impressed” with the newcomer and apparent misunderstandings of how well the two knew each other.

Moreover, on Sunday’s episode of the show, the two again sparred after Wendy brought up comments Karen made on last week’s episode, calling Wendy “ignorant” when she butted into Karen’s serious conversation with Candiace Dillard-Bassett.

In a recent clip from the Real Housewives of Potomac: After Show, Karen dished on her feud with Wendy, first addressing her conversation with Gizelle Bryant and Robyn Dixon regarding Wendy’s comments on Karen’s marriage issues.

“Were their hearts in the right place? Hell no. Their messy ass selves. But I love it! I have grown so comfortable, and what I like doing is catching Robyn and Gizelle in their shade moment when they think they’re going to rivet me, and they can’t shake me or move me. That is so powerful,” she said. “And it’s hilarious! It’s hilarious. But again, walking in your truth is so comfortable. It’s such an easy thing to do. I am an open book.”

The 57-year-old noted that ultimately no one on the RHOP cast should trust Robyn and Gizelle, and she explained how she has learned to keep her composure while being confronted by the two.

“They throw everybody under the bus, they didn’t have to name [Wendy], they could have said it was a blue turtle!” Karen hilariously remarked. “If you go to Robyn and Gizelle, you gonna get exactly what you deserve. They’re gonna tell on you or they’re gonna pimp your story or pimp your life and make it their issue. So… it was entertaining for me.”

Karen went on to explain that although Robyn and Gizelle were seemingly on Wendy’s “side” in the matter, their “pimp[ing]” of Wendy’s story may make the RHOP newbie actually eventually turn on them.

“I think Wendy’s gonna watch this and say, ‘Aha! Karen was right!'” she exclaimed. “Wendy’s gonna be my ride-or-die — watch!”

The Real Housewives of Potomac season five airs every Sunday at 9/8c on Bravo.