Home Vanderpump Rules Jax Taylor Reacts to Kristen’s Boyfriend Dissing Bravo as “Hypocrites” and Admits He’s Been Pretending to Work at SUR for Years After His Vanderpump Rules Exit, Says He’s “Too Old” for Show as Kristen Reacts

Jax Taylor Reacts to Kristen’s Boyfriend Dissing Bravo as “Hypocrites” and Admits He’s Been Pretending to Work at SUR for Years After His Vanderpump Rules Exit, Says He’s “Too Old” for Show as Kristen Reacts 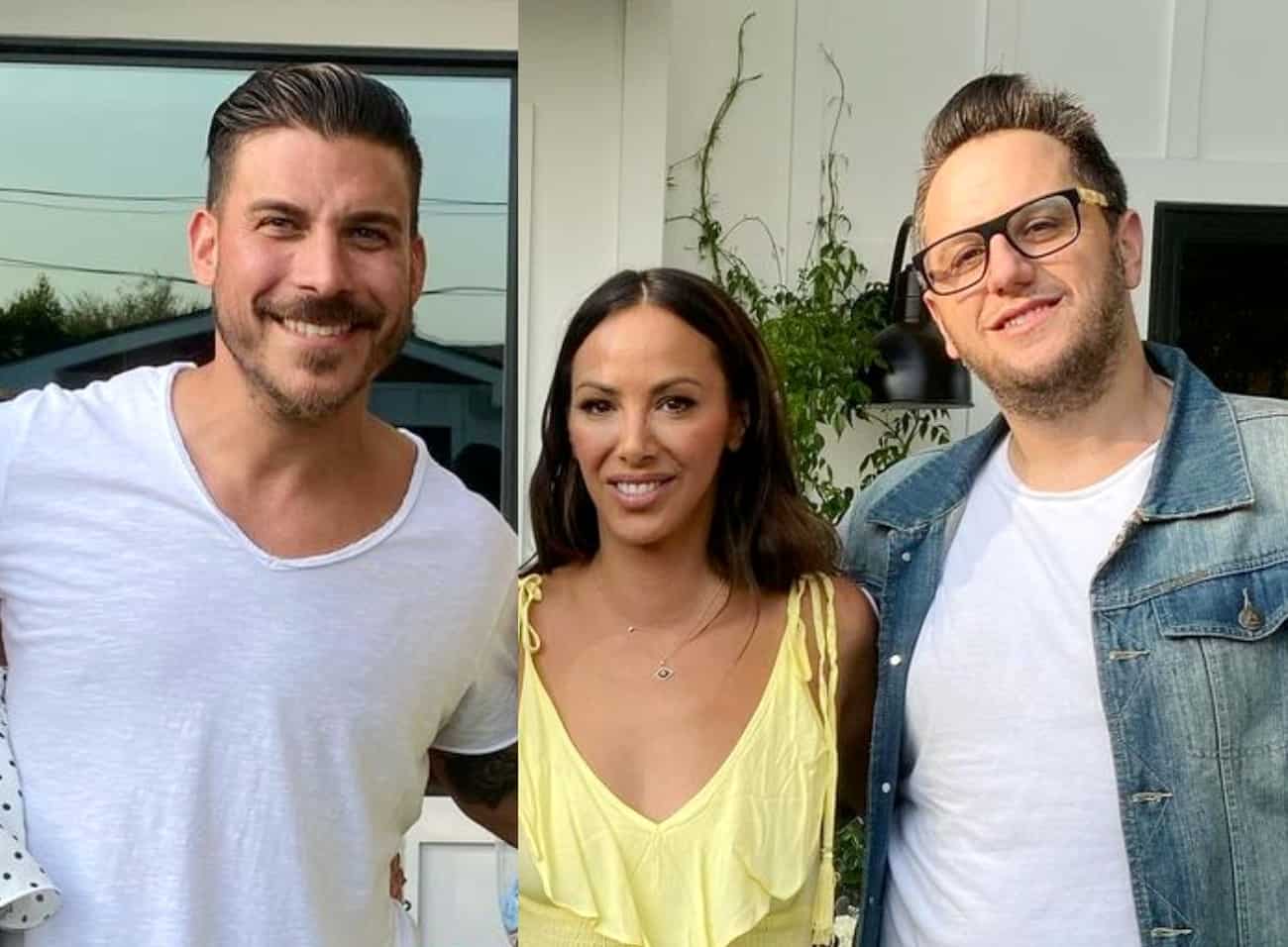 Jax Taylor seemingly took aim at Bravo on Instagram after announcing that he and his wife Brittany Cartwright will not be seen on any future seasons of Vanderpump Rules at the end of last week.

Amid rumors claiming he was fired from the show, Jax reacted to Kristen Doute‘s boyfriend, Alex Menache, labeling Bravo executives as “hypocrites” and admitted to being “too old” for the SUR-based reality show as Kristen shared her thoughts on his and Brittany’s exits.

“Happy for you guys! On to bigger and better and not working for the Bravo hypocrites anymore!” Alex wrote in a comment after Jax confirmed his departure from the network on Friday, December 4.

“lol,” Jax replied along with a smiling face with smiling eyes emoji.

Also in the comments section of Jax’s Instagram announcement, Jax explained that he and Brittany are happy to be moving on from the show as they prepare to welcome their first child, a son, next year.

“We are very happy, I can’t fake work at SUR at 41 anymore done [it] for the past [five] years and have a baby it makes zero sense,” he told fans.

Continuing on, Jax said he and Brittany were glad to be leaving Pump Rules “because it’s time to move on.”

“We had a good run. It doesn’t make sense anymore,” he added.

Then, when a fan said it “seems like a weird time to leave when all you guys are pregnant,” Jax said he’s simply too old to be pretending to work at SUR and feuding with cast members who are much younger than he is.

“Too old for this kind of show, makes no sense. I have zero interest in fake working at SUR for another year and making up excuses to fight kids half my age is tiring,” he explained. 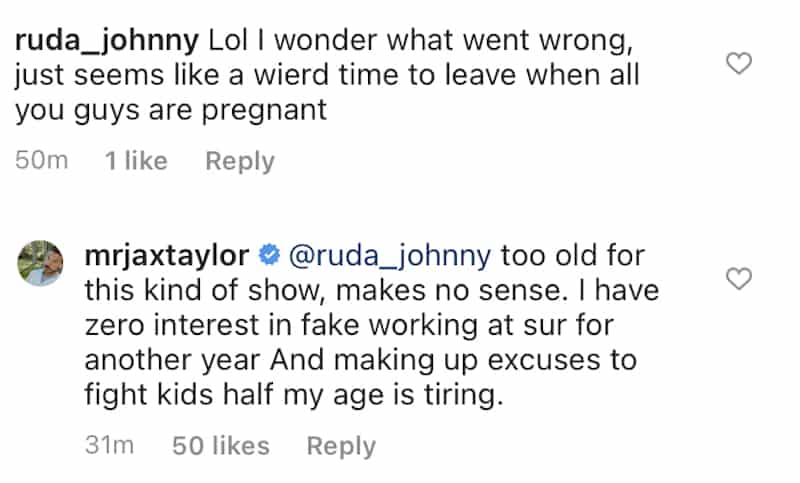 As for Kristen, who was fired from the show in June after being accused of racist behavior, she made it clear that she was thrilled to see that Jax and Brittany were moving on.

While rumors have swirled in regard to the potential cancellation of Vanderpump Rules, Bravo has not yet made any official announcements.