Home Real Housewives of Potomac News Gizelle Bryant on if Monique Samuels Will Return to RHOP Next Season, Responds to Karen’s Shady Digs About Her Style and Says There Was “No Resolution” at Reunion, Plus Live Viewing Thread!

Gizelle Bryant on if Monique Samuels Will Return to RHOP Next Season, Responds to Karen’s Shady Digs About Her Style and Says There Was “No Resolution” at Reunion, Plus Live Viewing Thread! 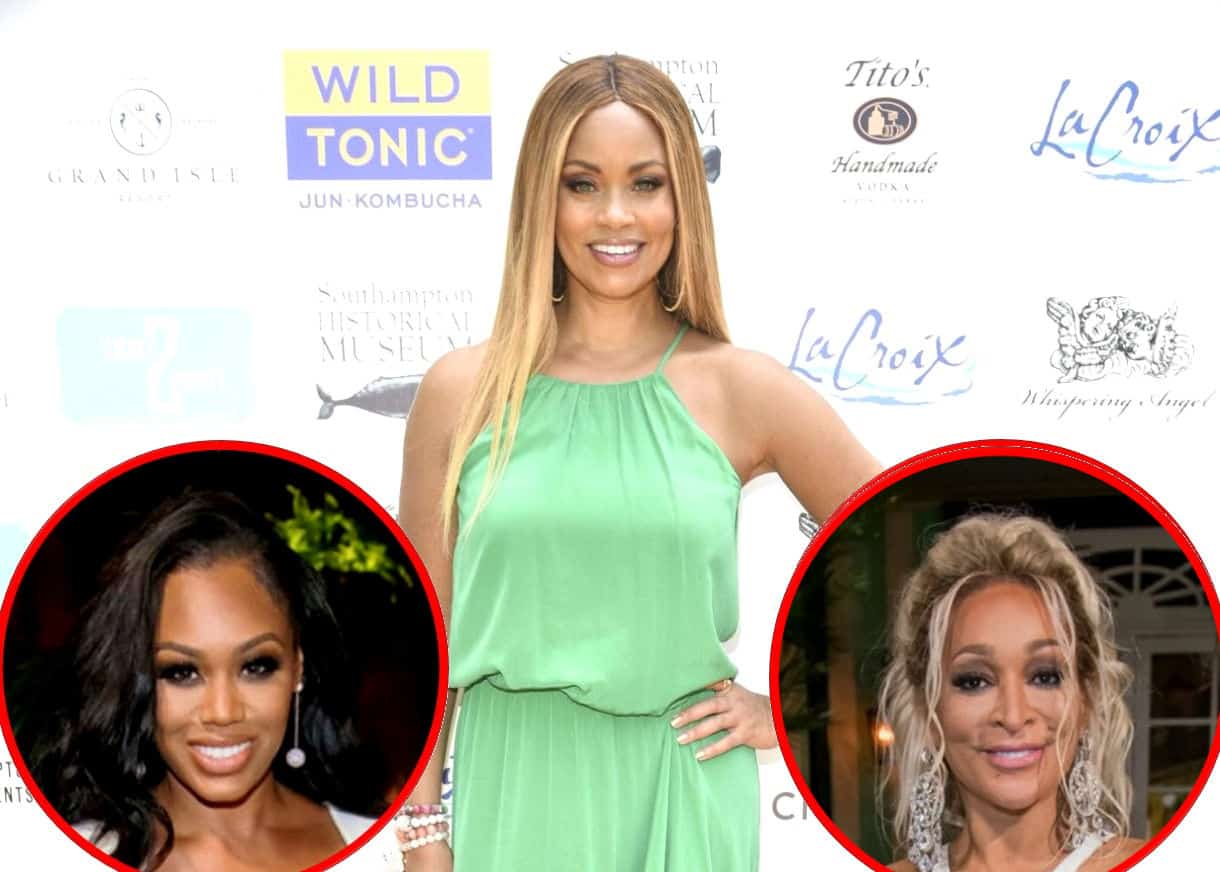 Ahead of the RHOP season five reunion tonight, Gizelle Bryant is dishing on a number of hot topics as she addresses if Monique Samuels will be returning next season, Karen Huger’s shady comments about her fashion choices, and also defends Candiace Dillard-Bassett against claims that her tears are fake.

For starters, the Bravo makeup mogul admitted that there was “no resolution” at the Real Housewives of Potomac reunion, part one of which airs tonight.

“It was the longest reunion we’ve ever taped. It was eleven hours. And it was like when I walked out of it, no, there was no resolution right now was for anyone, not just me, for anyone,” said Gizelle to Style Caster. “I was really looking forward to I mean, keep in mind, like we’re a show based on friendships. So I’m looking forward to us all kind of feeling like, OK, you said everything that we needed to say and we moved on to a different place that’s much better. And I didn’t feel that way. I know Robin didn’t feel that way… I don’t think anybody felt that way.”

As for her RHOP co-star Karen, who has been quite vocal in recent months about not being a fan of Gizelle’s style and fashion choices — and even telling Gizelle that her “taste sucks” at the upcoming reunion, Gizelle threw some shade of her own when asked about Karen’s digs.

“I thought it was interesting to me because Karen is full of crap and I wasn’t surprised because that’s what she does,” she shared. “So I was like, OK, this is funny because clearly, she hasn’t looked in the mirror lately.”

Another topic of conversation was Monique’s status next season. As most viewers are aware, Candiace has stated on numerous occasions that she has no plans of filming another season with Monique leading some fans to wonder if this means one of the ladies, either Monique or Candiace, will be getting the boot next season following their physical altercation on the show. Gizelle however makes it clear that she is also in the dark regarding Monique’s future on the Bravo series.

“I’ve been asked this question several times. I tell everyone I don’t hire and I don’t fire,” Gizelle stated. “It’s totally not up to me. It’s out of my pay grade.  And I don’t know, I feel like, out of all people, you know, she obviously she had this big issue with Candiace and that never really got resolved. So, I don’t know what’s going to happen. We’ll see”

It should be noted that Bravo host Andy Cohen has hinted in a recent interview that the RHOP cast will likely remain the same for season six.

Gizelle also defended Candiace when asked if she suspects the tears of her emotional co-star are ever not genuine.

“Real. Very, very real and I hate that [speculation] and I’ve heard that,” she answered. “I don’t ever want to speak on anybody’s mental health. Her emotional state is her emotional state. She’s an emotional wreck. They’re real.”

RHOP Live Viewing – This is also the live viewing thread for the first installment of the RHOP reunion, so feel free to comment and chat below as the new episode airs at 9/8c on Bravo TV. A preview clip is below.