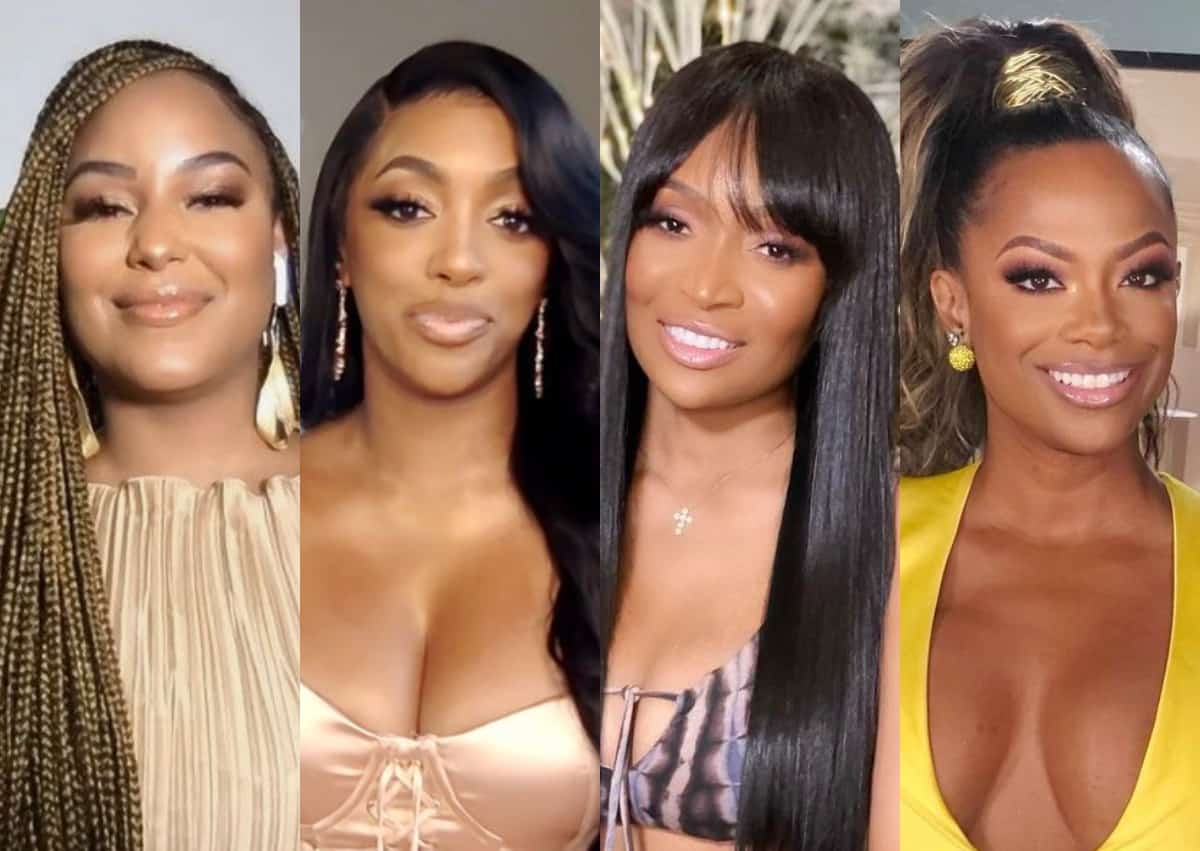 LaToya Ali is opening up about why she thought it was okay to discuss Kenya Moore‘s personal business with her castmates on Sunday night’s episode of The Real Housewives of Atlanta.

After being seen sharing Kenya’s business with Porsha Williams and other members of the show, LaToya defended her behavior as Kandi Burruss reacted to her gossipy ways and Porsha called out Marlo Hampton for turning on her amid season 13.

“I thought it was okay to share that information with the ladies because when we were at Blaze Steakhouse, [Kandi] mentioned that Marc was asking for alimony. So I thought Kenya was open about what she was going through,” LaToya explained on the RHOA: After Show on March 14. “I definitely didn’t think I was doing anything wrong in the moment. Looking back, maybe I shouldn’t have shared so much. So I kind of regret that.”

While Kandi was seen discussing Kenya’s marital drama with Marc Daly as well, she explained to LaToya that although she shouldn’t have been talking about their co-star’s personal issues at all, she would have never spoken about them in front of Porsha as LaToya did. After all, Porsha and Kenya are not in a good place.

“Clearly Kenya doesn’t like some of those women that were at [the party] so that’s the last place you should have been sharing anything about her marriage that was going on. That’s pretty self-explanatory. Like, don’t tell my enemies nothing about me,” Kandi shared.

During another segment of the RHOA: After Show, Porsha reacted to Marlo’s behavior on the hayride, saying that Marlo was acting as if she abandoned their friendship because she felt “guilty” after she “switched sides” and began acting as a “Kenya agent.”

“That was her going over the top [and] feeling guilty,” Porsha explained. “I definitely felt in my spirit that she was moving funny. It was confirmed when Kenya did the campaign hashtag #ItWasntMe and then LaToya posted hers and then Marlo posted hers. That together, I was like, ‘Boom. I see what it is.’”

According to Porsha, she believes that Marlo played a role in the stripper-gate story being leaked to the press, but she doesn’t see why Marlo would team up with Kenya after all she’s done to her in the past.

“Any reunion that Marlo is there, Kenya makes it clear that she was a prostitute. You decide to go online for this but you decide not to fight for your name when Kenya has labeled you, continuously, as a wh-re and a prostitute?” Porsha wondered.

Following rumors of hookups with the Cynthia Bailey‘s bachelorette party stripper, Bolo, Marlo denied being involved with the rendezvous on social media, which Porsha believed confirmed that she and Kenya were in cahoots.

“It just showed that when she and Kenya had made up, Kenya had plotted and decided to pick the time to make up with her because she knew Marlo would be so enthusiastic about the friendship and gullible enough to turn on me,” Porsha shared.