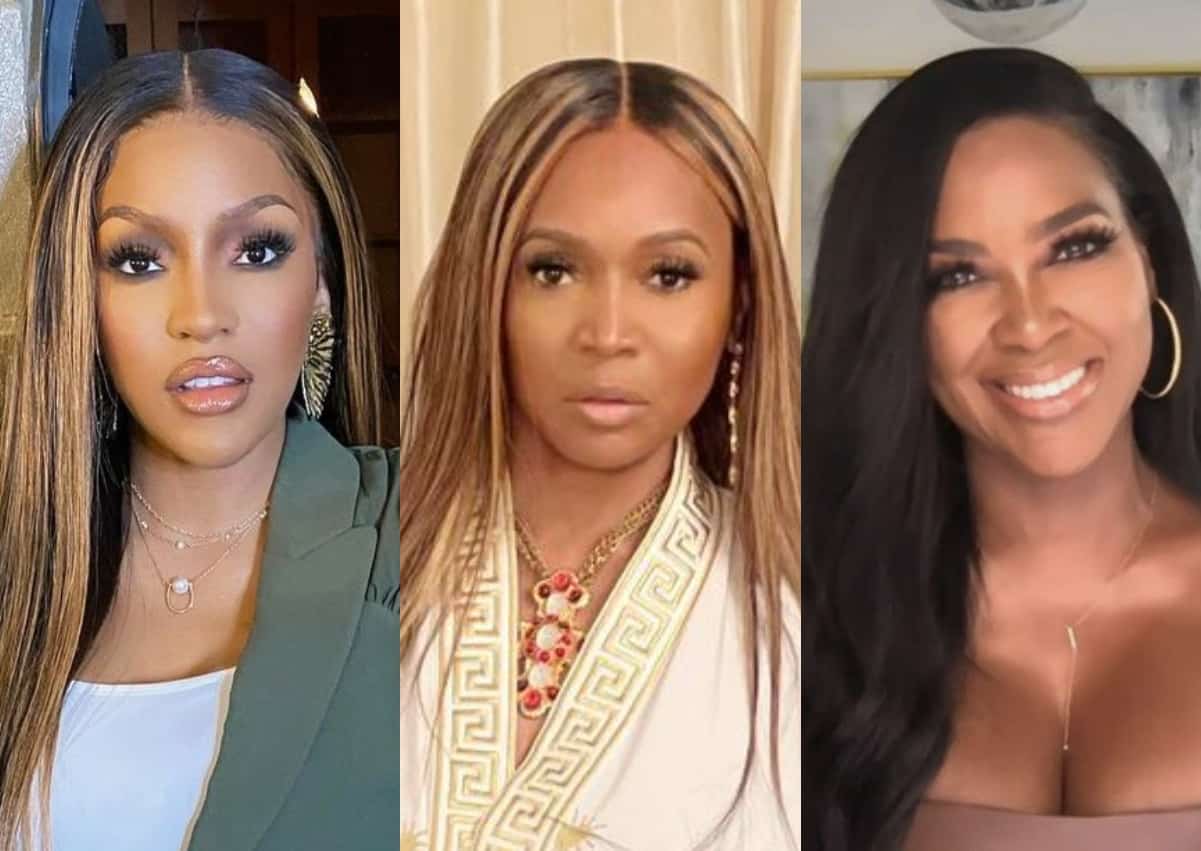 Kenya Moore was happy to see that Marlo Hampton spoke out against their co-stars’ behavior with stripper Bolo during a recent episode of The Real Housewives of Atlanta.

After being accused of breaking girl code, Kenya admitted she was “pleased” with her former on-screen foe as other members of the show slammed Marlo for doing Kenya’s dirty work and Cynthia Bailey shared details about Marc Daly‘s “confusing” behavior toward Kenya.

“I was pleased that someone else spoke up because I feel often times I’m always put in a position to call people out and I shouldn’t be the only one that’s willing to hold people’s feet to the fire,” Kenya explained during the RHOA: After Show on Sunday night. “I felt better that someone else corroborated my account.”

While Kenya was happy to see that Marlo had her back, Drew Sidora and Shamea Morton accused Marlo of acting on behalf of their co-star.

“She was doing Kenya’s dirty work,” Drew said of Marlo.

“She was doing her dirty work, almost like she sicced her on us,” Shamea agreed.

After Cynthia then noted that Kenya is “held to a different standard” than the rest of the RHOA cast, Kenya said her co-stars believe it’s “cool to bully” her.

“It’s cool to talk about my business. It’s cool to tell lies on me. And then when I don’t get along with certain girls, all of the sudden I’m jealous of them,” Kenya shared.

During another segment of the After Show, Cynthia explained why she’s often left confused by Marc’s treatment of his estranged wife after noting that Kenya is a “survivor” and will always “instinctively protect herself.”

“When I’ve had conversations with him, all he does is tell me how great and amazing Kenya is, what a great mother she is, she does everything. She’s such an amazing boss. He basically brags about her to me and then when I see how he treats her, I don’t get it. It’s confusing to watch,” Cynthia shared, adding that Kenya shouldn’t be expected to “operate on mixed signals.”

As for Kenya’s thoughts, she suggested Marc acted differently toward her when the cameras were rolling.

The Real Housewives of Atlanta season 13 airs on Sundays at 8/7c on Bravo.