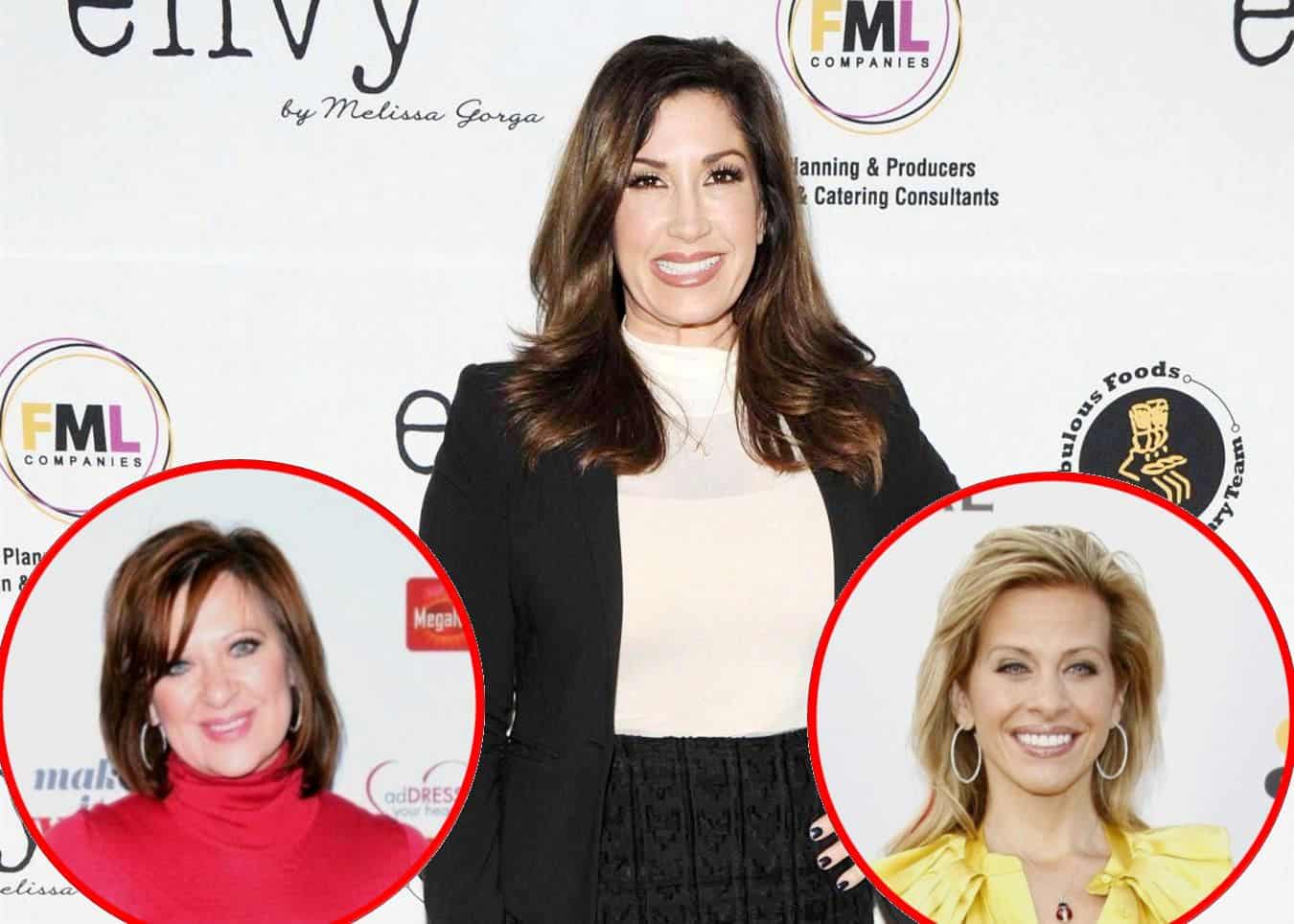 Jacqueline Laurita addressed the ongoing feud between Caroline Manzo and Dina Manzo during a podcast appearance on Wednesday.

After Dina called out Caroline for supporting her former husband, Tommy Manzo, who is accused of beating her and her husband, Dave Cantin, during a home robbery in 2017, the former Real Housewives of New Jersey cast member reacted to Caroline’s character letter and revealed if she’s open to returning to the Bravo show.

“I’m trying not to get involved in all the [drama with Caroline and Dina.] I hear what’s going on and I, like, I really don’t want to touch that with a ten-foot pole,” Jacqueline admitted on the June 9 episode of the #NoFilter With Zack Peter podcast. “All I’ll say is… whoever did what they did deserves what they get.”

“I’m trying not to get involved in it because they each have their own version of what happened,” she added.

According to Jacqueline, she also didn’t want to say much about Caroline’s letter because she wasn’t 100 percent sure that it actually existed (Albie Manzo has confirmed it does).

As for her time on RHONJ, Jacqueline said that she was portrayed as a “bad guy” during her final season of the show because producers were determined to clean up the image of their unofficial star, Teresa Giudice.

“I knew it was a clean-up Teresa season. We knew that going in. We were actually told that, because her reputation had gotten so bad,” Jacqueline revealed. “So they were only showing half the stuff she was saying in our fights because they didn’t want her to be a villain again. They were trying to clean up her image so anyone going against her [was] going to be [the] bad guy.”

Although Jacqueline moved to Las Vegas following her exit from RHONJ, she told Zack, whose Housewives Watching Wine goes on sale on June 10, that while she wouldn’t appear full-time ever again, she wasn’t completely opposed to returning to the series in a cameo role.

“When I was living [in New Jersey], 100 percent, I would never want to. [But] if I was here now and they all came to Vegas… I won’t say ‘no’ to that now because I won’t get sucked in,” Jacqueline explained.