Home Real Housewives of New York City News REPORT: Ramona Singer to Remain on RHONY as Dorinda Medley Denies Leaking Story About Her Alleged Firing, Are Other Cast Members Getting Fired Ahead of Season 14?

REPORT: Ramona Singer to Remain on RHONY as Dorinda Medley Denies Leaking Story About Her Alleged Firing, Are Other Cast Members Getting Fired Ahead of Season 14? 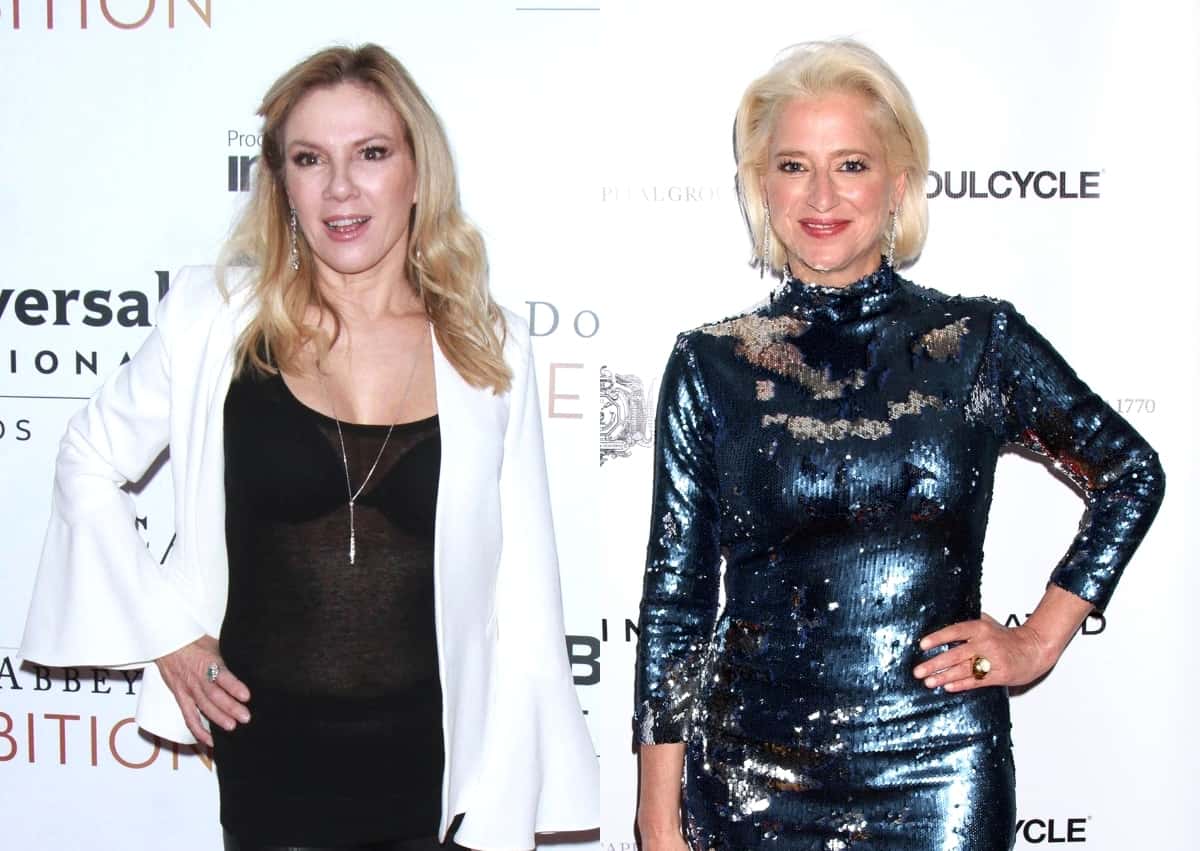 Ramona Singer will reportedly not be fired from The Real Housewives of New York City after all.

Following a report suggesting Ramona was “too expensive” for Bravo and that her behavior was no longer making for great TV, a network insider has revealed that the OG is staying put as production prepares to give the boot to a number of the series’ other cast members.

“Ramona Singer ain’t going anywhere,” the source told the Daily Mail on July 13. “This story is complete rubbish. We do not make casting decisions this early in the year, we decide after the reunion episodes have aired. The production company Shed and the network Bravo really take into account what the fans say online and how they respond to the cast.”

According to the report, one of the other women on the show “has it out for Ramona” and wants to see her fired from the show.

“This Housewife is leaking to news organizations that Ramona is fired in an attempt to push the network to get rid of her,” the source shared. “Over the coming weeks until the reunion is filmed there will be ‘anti-Ramona’ stories leaked everywhere as this Housewife attempts to push her off the show.”

The insider went on to say that the problem with this Housewife’s approach is that longtime fans of RHONY know what the problem has been in recent weeks. And it isn’t Ramona.

“Ramona also isn’t the cast member that should be worried. There is one cast member who producers have found particularly problematic as what viewers are seeing on television isn’t real. Ramona has been the backbone of the show this season and she’s been a key part of the series since day one. Love her or hate her, she makes great reality television,” the network insider continued, adding that Ramona “opens up her home and her life” in ways that other members of the series do not.

While the source denied Ramona’s alleged firing, they noted that there will be a “cast shakeup” ahead of season 14.

Following the report, Two Judgey Girls on Instagram suggested the Housewife in question could be either Dorinda Medley, who was fired from the show after season 12, or Leah McSweeney, who joined the show ahead of season 12.

“I’m not saying that these two ‘leaked’ Ramona getting axed, but I’m also NOT not saying it…” the fan page wrote in the caption of a photo of Dorinda enjoying a lunch date with Leah.

Right away, however, Dorinda shot down the allegation.

“Girl don’t you think I have better things to do?” Dorinda replied, according to a screenshot shared by Comments by Bravo on Instagram and “liked” by Leah. 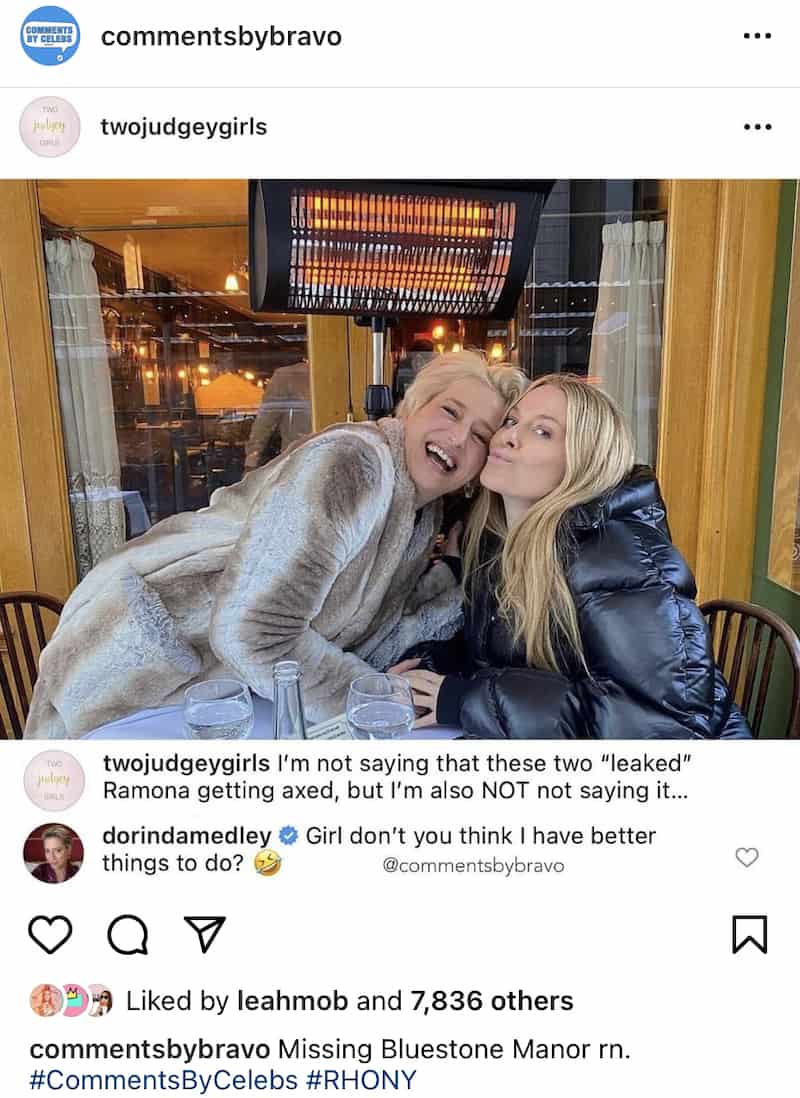