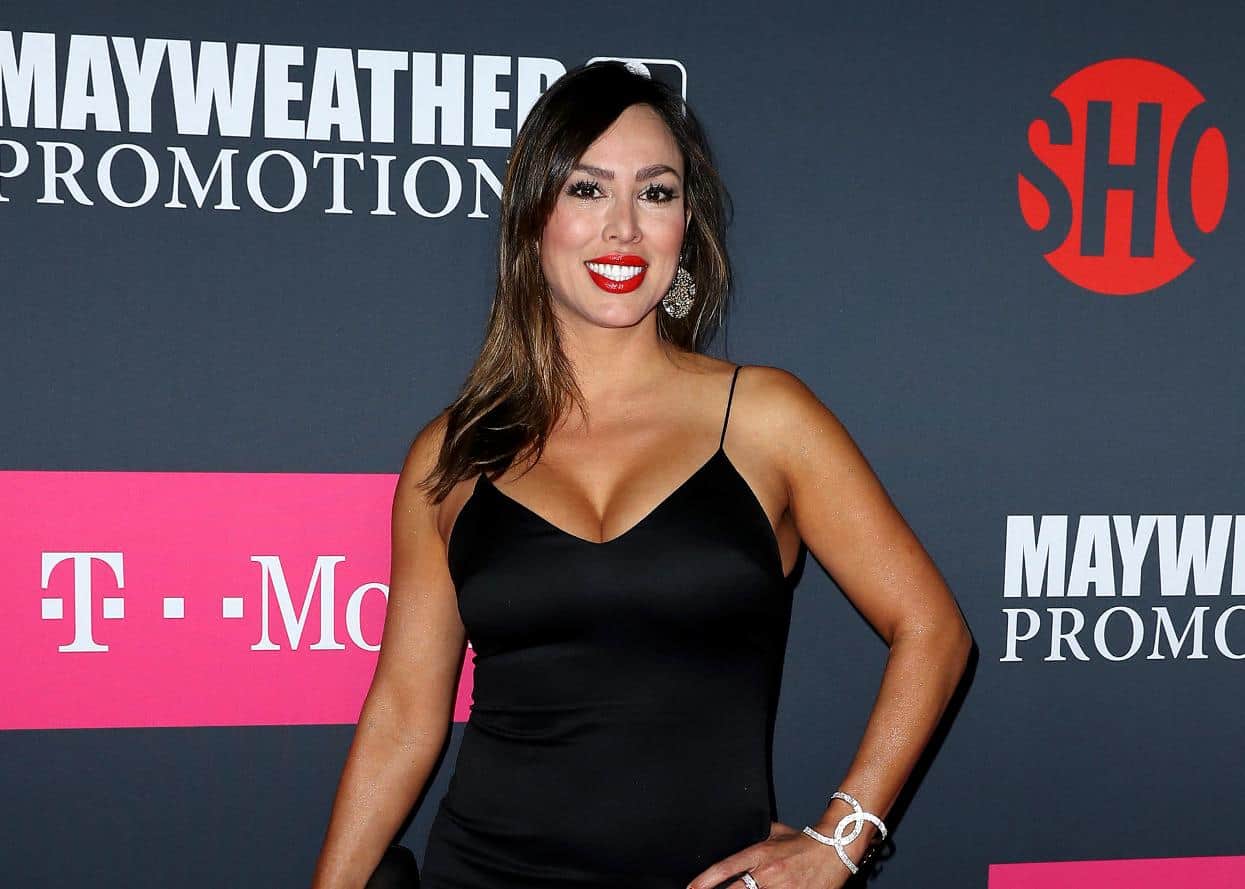 Following a slew of questionable posts about COVID-19 and the vaccines that hope to end it, the former Real Housewives of Orange County cast member confirmed she will no longer “post anything political” on her page while also clapping back at a follower who shaded her for celebrating Hispanic Heritage Month.

After Kelly was met with a fan who encouraged her to post more family photos, the RHOC alum, who was fired from her full-time role in June, revealed she will refrain from political topics on her social media page in the future.

“I know I’m not going to post anything political on my page anymore. Thanks,” she told the fan. 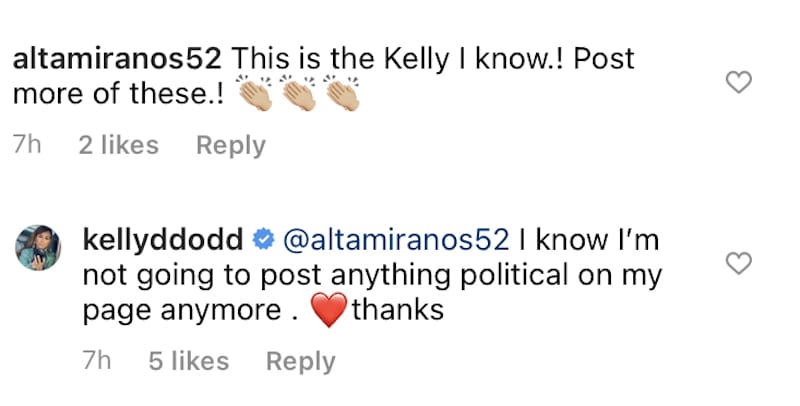 On September 16, Kelly shared a throwback photo of her relatives, including her father and two uncles, in honor of Hispanic Heritage Month.

“My Dad is in the middle flanked by my uncle Henry & uncle george & my uncle Joe is sitting beneath them !! My Dad was an All American ???????? thanks Dad for my athleticism!!!” she captioned the image, also adding the “Hispanic Heritage Month” tagline.

After Kelly’s post was shared, she was met with a critic who reminded her of a comment she made at the RHOC season 15 reunion months ago.

“I thought you were part black,” the person stated.

In response, Kelly confirmed that she is part Black, as well as part Native American, Jewish, and Asian.

“Yeah I am and 30 percent Native American and part Black and Jewish and Asian !! I’ll show you my [23andMe] !!” she told the Instagram user, accusing them of being “jealous.” 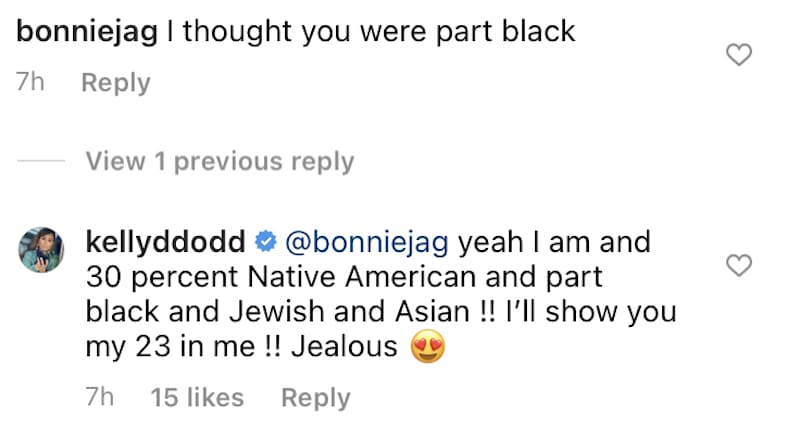 As RHOC fans will recall, Kelly told host Andy Cohen that she is part Black during a heated moment with her co-stars. Following the taping, Kelly explained the reveal to E! News.

“So we have Braunwyn who is blond haired, blue eyes, as white as can be,” she stated. “She’s always saying that I’m a racist or a homophobe and it really irritates me. So I did a 23andMe and I don’t identify myself as a Black person, that was not my point. My point was I’m Black, Asian, Mexican [and] Spanish. I’m 30% Native American and I’m one percent Jewish and I’m all races.”