PHOTOS: Erika Jayne Denies Hunting for 1-Bedroom Apartment in Los Angeles After RHOBH Star is Spotted Outside of Building 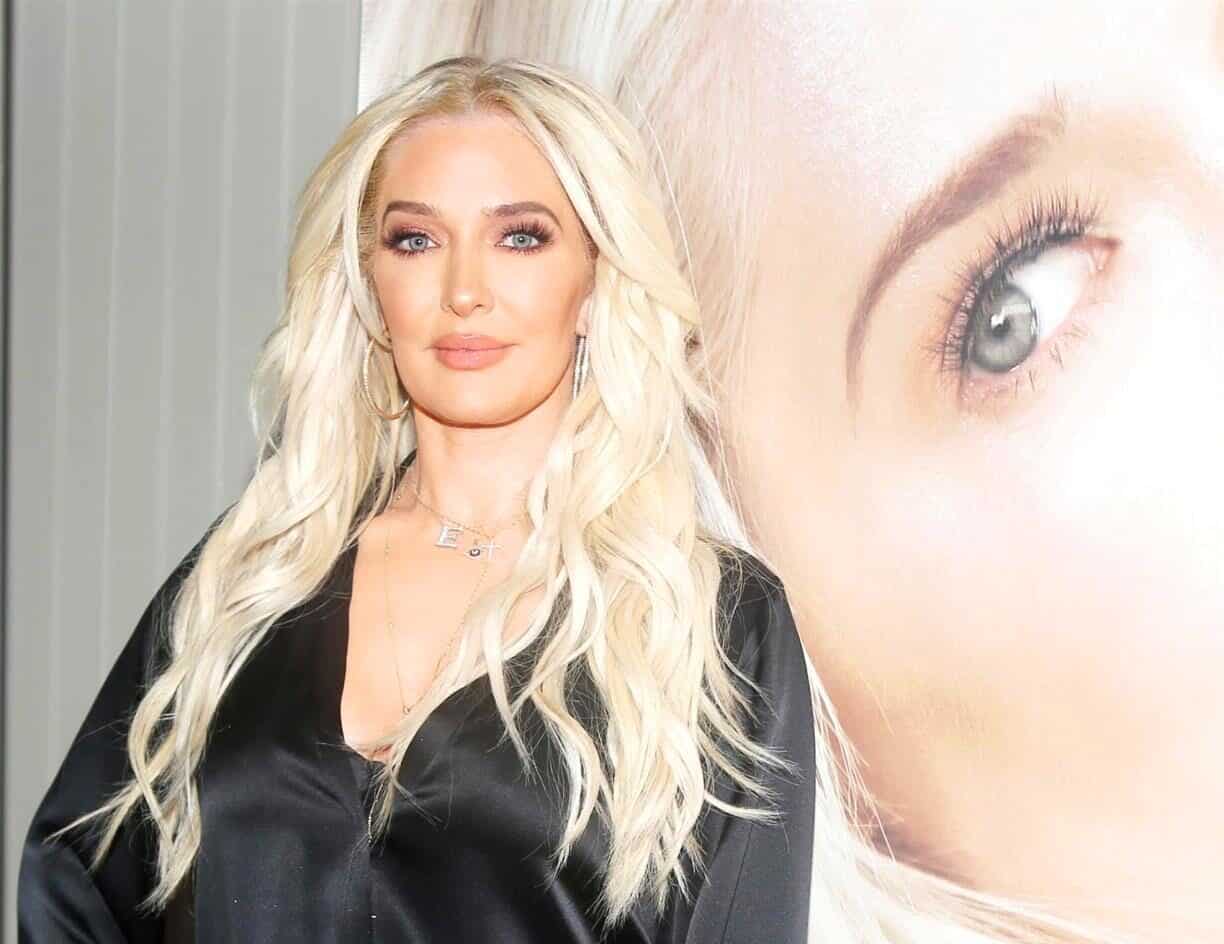 Is Erika Jayne looking for a new, more humble abode?

After downsizing to a $1.5 million rental in Los Angeles from the $8.9 million mansion in Pasadena she shared with her now-estranged husband, Thomas Girardi, months ago, the Real Housewives of Beverly Hills star was spotted checking out a one-bedroom unit in West Hollywood.

During her recent outing, Erika was wearing a baggy gray sweatsuit, dark sunglasses, and white tennis shoes, and she had her hair up in a bun. Meanwhile, in the background of the photos, a “For Rent” sign was seen in front of the building she was visiting.

While a number of people immediately assumed that Erika was shopping for a smaller pad to call her own, especially now that she’s facing a $25 million lawsuit, she doesn’t seem to have any plans to move into this particular building.

After the photos hit the web, Erika shared a screenshot of an Instagram Story posted by a man named Michael Coghlan, who seems to be the building’s manager. He vehemently denied her potential move.

“My phone won’t stop ringing all morning…” he wrote in a Story of his own.

Then, along with a photo of Erika in front of the building, he confirmed she was “visiting a friend.”

“God people are insane! However, we do have 1 single unit left,” he added. 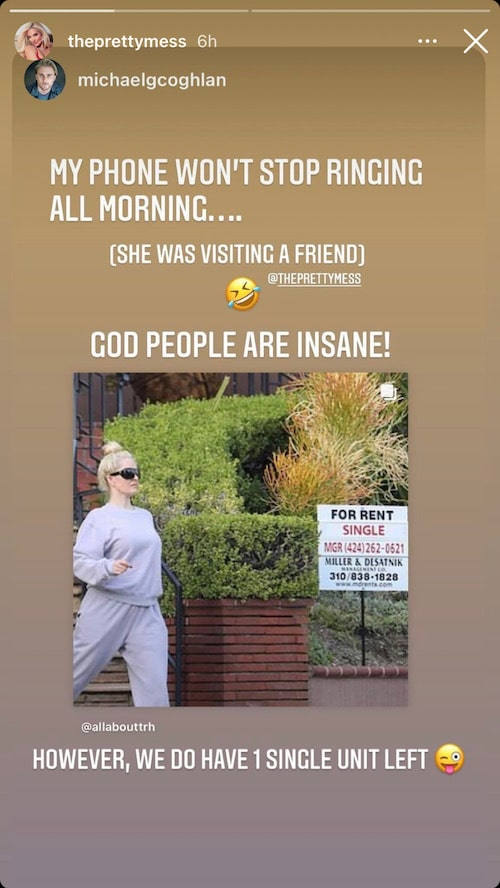 After splitting from Thomas in November 2020, Erika moved out of her 10,000-square-foot home and into her 2,000-square-foot rental, which is reportedly costing her $9,500 per month.

As RHOBH fans well know, Erika and Thomas were accused of embezzling $2 million from orphans and widows of plane crash victims and using the money to fund their lavish lifestyle. They’ve also been faced with a number of lawsuits since their breakup, and over the summer, the trustee in charge of Thomas’ bankruptcy proceedings filed a $25 million lawsuit against Erika, claiming she fraudulently received transfers from the former attorney‘s now-defunct law firm that was meant for his former clients.

Amid the many allegations against her, Erika has maintained her innocence, claiming to be completely in the dark about the many crimes Thomas is accused of committing.