‘RHOP’ Candiace Dillard Slams Andy Cohen For Ignoring Her After Monique Fight, Says He ‘Doesn’t Give a F-ck’ and Makes Money Off Their Backs, Plus Live Viewing Thread 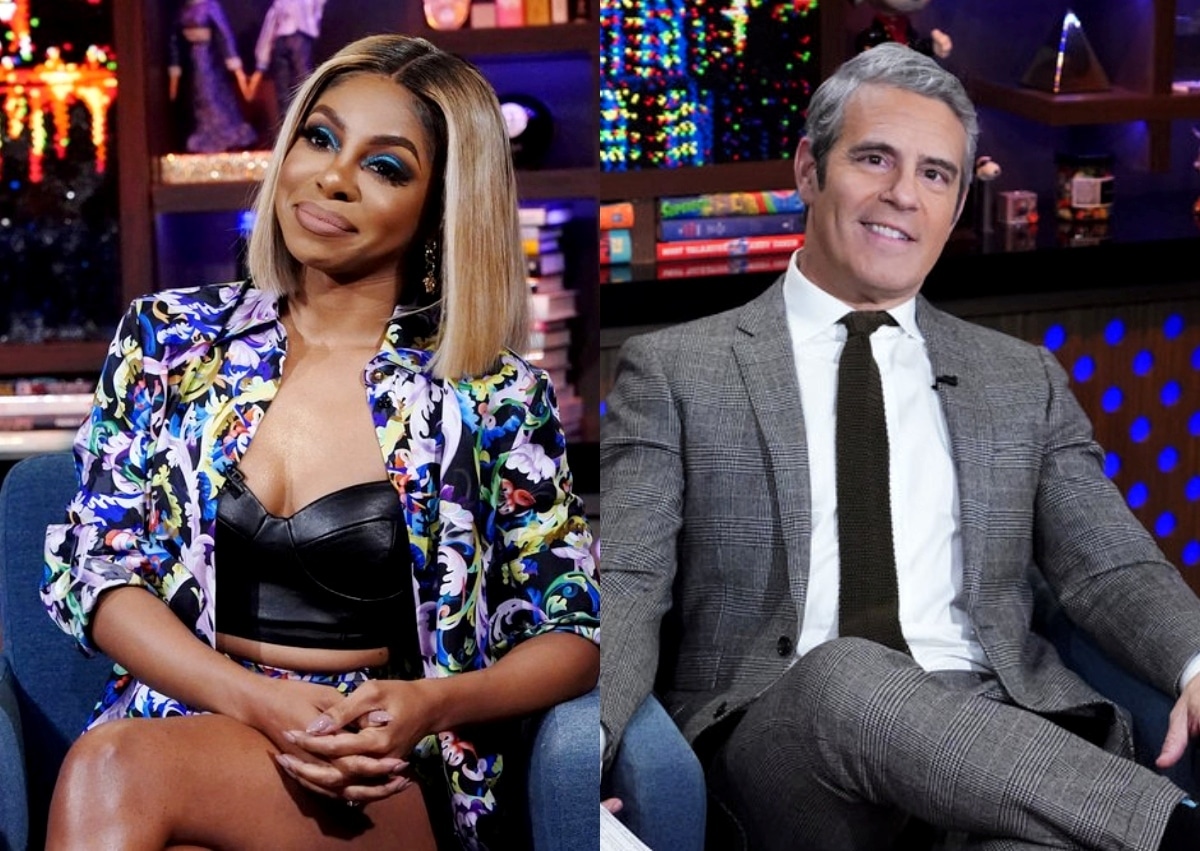 While looking back at the dramatic encounter she had with Monique Samuels amid The Real Housewives of Potomac season five, Candiace accused the Watch What Happens Live host and executive producer of RHOP of ignoring her calls and not give “a f-ck” about the trauma she experienced.

“Do you know Andy never, ever reached out to me, ever?” Candiace asked Dave in Not All Diamonds and Rosé: The Inside Story of The Real Housewives from the People Who Lived It. “I even reached out to Andy’s assistant and asked for him to call me. Nothing. That’s f-cked up. I know he has well over a hundred Housewives, all texting and calling him all the time. But how many of them were physically attacked on camera by their costar?”

“The fact that he couldn’t even schedule ten minutes to reach out to me? You don’t give a f-ck,” she continued, going on to accuse Andy of “making money off our backs and feeding [his son Benjamin] with it.”

“You just don’t give a f-ck about us and you can’t tell me that you do. And when I saw him, I did say it to his face,” she added.

But according to Andy, he never got word that Candiace wanted to chat and didn’t reach out to her because she was already in touch with someone else.

“I knew Candiace was in constant communication with Josh and production, but if she’d left word with my office I absolutely would’ve called her back,” he explained.

“Also,” he added, “if she’d told me to my face that I didn’t give a f-ck about her, I would certainly remember that. I don’t.”

What Andy does remember is Candiace being upset about a conversation he had with Monique.

“I never reached out to Monique, she reached out to me. She wanted to plead her case and tell me her side of things,” he said of his interaction with the now-ex-cast member.

Still, Candiace feels that the only communication she had with members of Bravo’s team occurred because the network didn’t want to face legal ramifications.

“Bravo didn’t give a f-ck about me and how traumatic and horrible this situation has been for me. Yes, I have been reached out to and approached, and checked on more times than I can count. But in my eyes, they’re just doing it to avoid legalities,” she suggested.

RHOP Live Viewing – This is also the live viewing thread for part III of the Real Housewives of Potomac season six reunion, so feel free to share your thoughts below as the new episode airs at 8/7c on Bravo.