Home Real Housewives Ultimate Girls Trip Vicki Gunvalson Says Brandi Glanville Told Her to “Shut the F–k Up” on ‘RHUGT,’ Confirms She Had COVID Before Filming, and Starts Dating Post-Split

Vicki Gunvalson Says Brandi Glanville Told Her to “Shut the F–k Up” on ‘RHUGT,’ Confirms She Had COVID Before Filming, and Starts Dating Post-Split 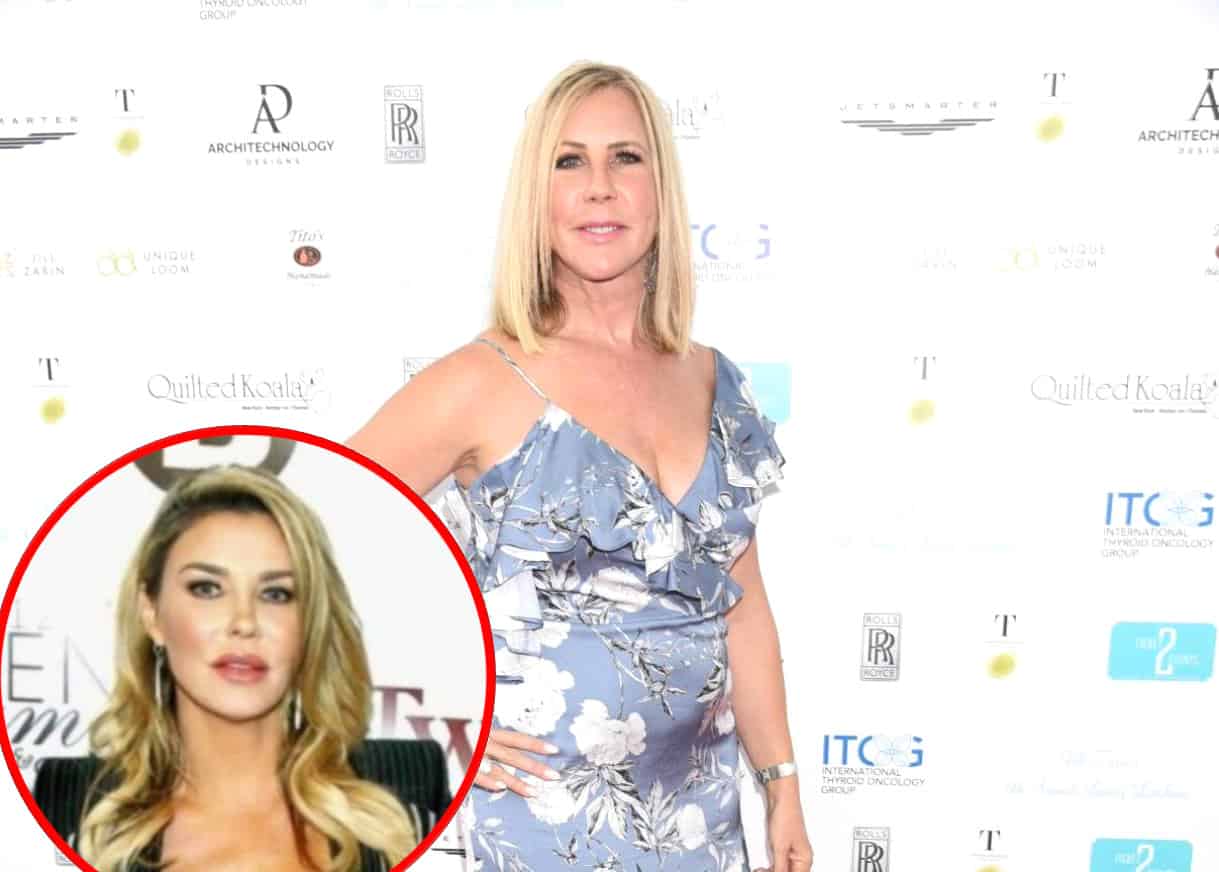 After describing the former Real Housewives of Beverly Hills star as “so brash,” the Real Housewives of Orange County alum revealed who “brought it” to production before confirming her past COVID-19 diagnosis and discussing how life has been treating her since her split from former fiancé Steve Lodge.

Although Brandi initially agreed, that wasn’t their final encounter.

“The next day, she said, ‘Shut the f–k up.’ again. I was like, ‘Okay, Mama B-tch is coming out. We don’t talk that way to me.’ So that’s probably going to be a trailer, maybe. I don’t know,” Vicki teased. “I thought she was very clear that I don’t get talked to that way… So I kind of went psycho b-tch on her. After that, she knew what Mama Bear was.”

Amid her drama with Brandi, Vicki said she established a deep connection with Real Housewives of Atlanta alum Phaedra Parks.

“Phaedra’s pretty incredible. I’m very spiritual and so is she. So we connected on that level,” she shared. “The last night was so moving. I cannot tell you want happened. It was like God came down and wrapped me in his arms and said, ‘You’re going to be just fine. Just follow me. Follow my lead.’ So every day I journal, I pray. I’m trying to understand what God’s message is in all this heartache I go through.”

While Vicki ended the trip, which was filmed in the Berkshires, on a high note, she said there was plenty of drama along the way — much of which she brought to the second season of the Peacock spinoff.

“I brought it. [And] Dorinda did in a weird way [as well],” she explained, giving a nod to Dorinda Medley, formerly of The Real Housewives of New York City, who she reportedly feuded with throughout production.

Prior to the start of production, Vicki was hit with a number of challenges, including a positive COVID-19 test.

“I had just recovered from COVID. I tested negative four days before we left. Everybody had to get tested every day. So our door was knocked on between 6 and 6:30 every morning. So that was interesting. But I was exhausted,” she confused.

She was also faced with her unexpected split from Steve.

“My fiancé [sent] me a text that he moved out and [was heading] over to my condo in Mexico but I didn’t know he was taking the bimbo with him. And he moved out,” she recalled. “I was out of my mind.”

Since then, Vicki said she and Steve haven’t spoken.

“I haven’t talked to him. He would text or email and now he blocked me on the texting. I don’t know how that happens. We were living together and we’re sharing life together. We were talking about buying a place in Tennessee just a week before that,” she explained.

Now, Vicki continued, “I stay at work until between 8 and 10 at night because I don’t want to come home to an empty house. And then I go right to bed so I don’t have to think. It’s really a challenge for me right now. I really miss him a lot… I just need to be me again. I haven’t been me since the day he texted me that he was leaving me. I can’t cry anymore. There’s no more tears in my body. I’ve lost 32 pounds.”

As Vicki’s heartache continues, she’s trying to put herself back out there.

“I have a date tonight. [It’s my] first date. I met him at a golf course nearby here that was hosting a band. He’s 62, he was engaged. She cheated on him. And he’s from the Midwest. Where he was from, he played wrestling against my high school. So it’s kind of interesting,” she revealed on the podcast.

“I’m actually very scared. I have not been on a date forever. [But] I’m going to try this,” she added.

The Real Housewives: Ultimate Girls Trip is expected to premiere on Peacock sometime in 2022.