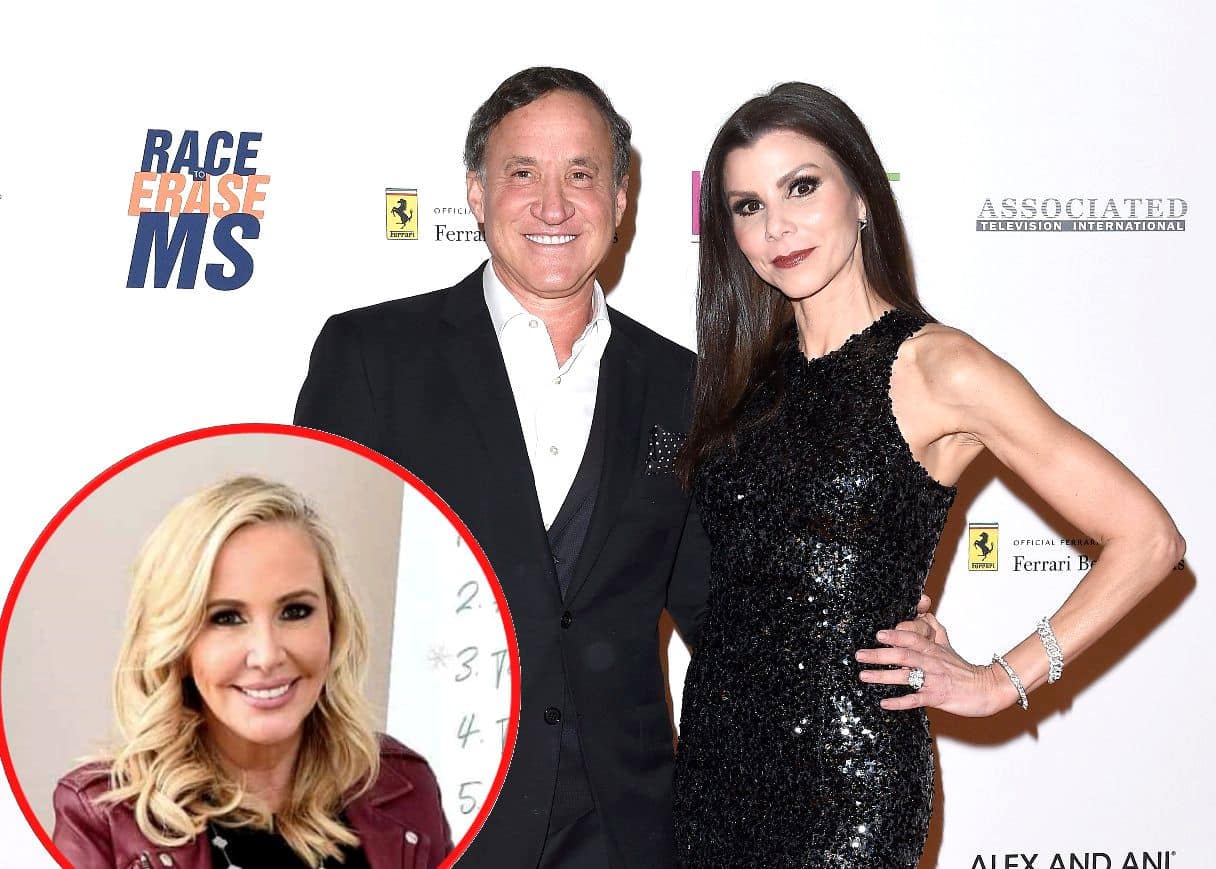 Heather Dubrow isn’t happy with Shannon Beador‘s decision to tell everyone but her about the lawsuit drama surrounding her friend and new Real Housewives of Orange County castmate, Nicole James, and her husband, plastic surgeon Dr. Terry Dubrow.

During a new interview, Heather shaded Shannon for acting as if she didn’t want the news to get out before reacting to Kelly Dodd, Braunwyn Windham-Burke, and Elizabeth Vargas‘ firings and teasing the potential returns of Vicki Gunvalson and Tamra Judge.

“It seems pretty nefarious for someone to dig up something from 20 years ago and make an issue out of it and tell everyone but you but claim to not be making an issue out of it,” Heather noted during a December 5 interview with Us Weekly. “That’s not cool. You’ll see in the second [episode] it gets… not better.”

Although there have been rumors suggesting Heather agreed to return to RHOC only after Kelly was fired, she wouldn’t confirm any such thing when asked if the firings of past housewives led to her decision.

“I don’t really know all the people that were on the show that came and went so I can’t really respond to the casting but clearly a change needed to be made. And as far as who I would or would not be on the show with, the timing of things is always very interesting,” she suggested. “If you had asked me two years ago if I’d come back to the show, it probably would have been a different answer.”

While Heather certainly didn’t miss Kelly, who she’s feuded with on and off since she left the show after season 11, she did feel the absences of Vicki and Tamra.

“It was weird for me because I was on the show five seasons and they were there all five seasons. I care about them a lot and I miss them,” she admitted before seemingly hinting at their season 17 returns.

“This season ends in a very surprising way and I honestly don’t know where it’s going to go from here. There’s many ways it could go,” she cryptically said.

Since rejoining RHOC for season 16, Heather appears to be enjoying all the attention that comes with it. Unfortunately, the same can’t be said for her husband Terry, who also stars on E!’s Botched. In fact, she told Us Weekly that the doctor wasn’t excited about her return “at all.”

That said, Heather believes good has come out of her presence on the show.

“I think there was so much good in the season. It delivers,” she explained. “It has all of the drama, amazing personal stories. It’s a very transitional season I would say, which is what everyone was looking for and definitely brings back that inspirational, aspirational lifestyle that I think people were wanting. Am I glad I did it? I think from a personal story and from my family, I think we told some very compelling stories that I hope resonate with other families and other parents out there. From a personal standpoint, I made some new friends and reacquainted with some old ones.”

Also during the interview, Heather was asked if she would have continued to film her show if she found herself in a situation similar to that of Real Housewives of Beverly Hills star Erika Jayne, who is facing a $25 million lawsuit and claims of embezzlement due to her potential part in her estranged husband Thomas Girardi‘s alleged crimes against former clients.

“To walk in someone else’s shoes and try to figure out what you would do, I just think that’s insane,” Heather replied. “I don’t want to be judgmental about that because I’ve never been in the situation and I can’t imagine… I just don’t know.”