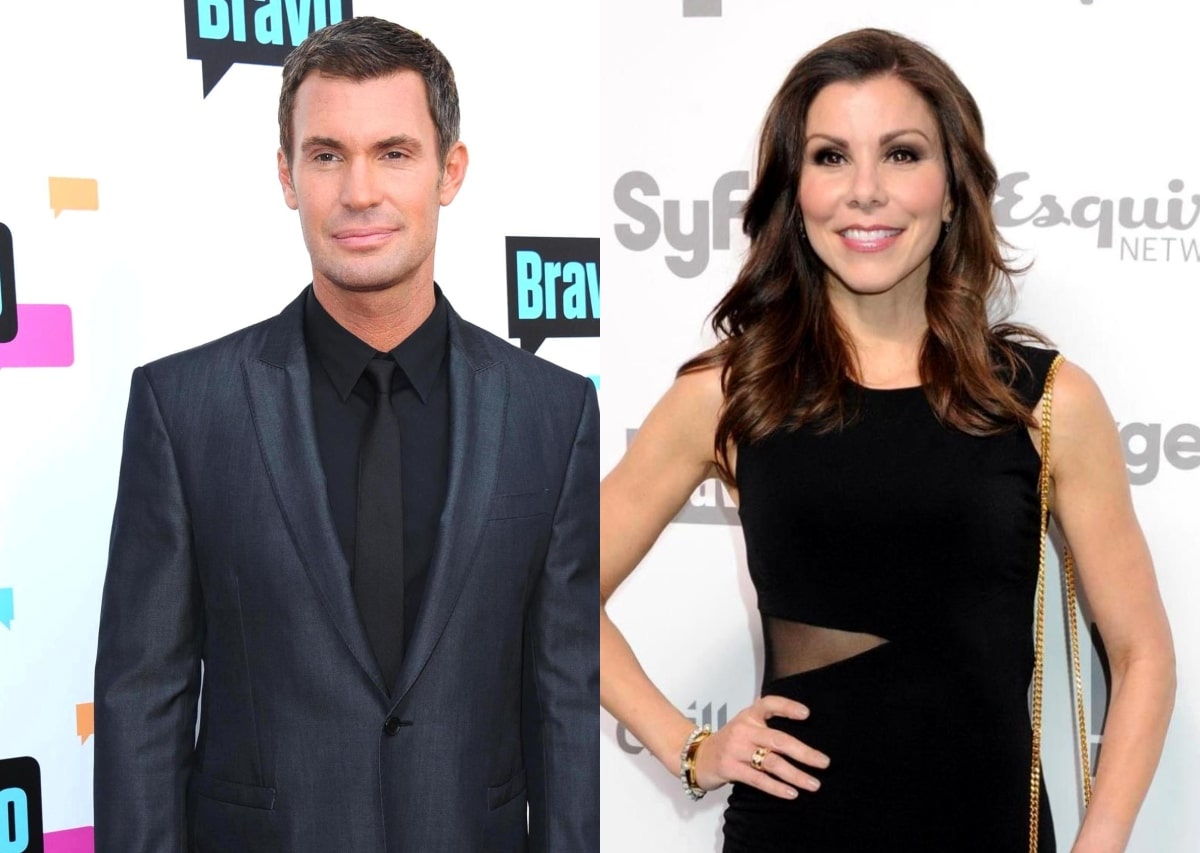 Jeff Lewis took aim at Heather Dubrow after being asked about a potential reconciliation with The Real Housewives of Orange County cast member on Sunday night’s Watch What Happens Live.

After being asked for an update on his newly-reconciled relationship with Vicki Gunvalson and questioned about whether he would make amends with Heather in the same manner, the Flipping Out alum explained why a Heather reunion “is never going to f-cking happen” before opening up about a number of Real Housewives hot topics.

Also on Sunday’s WWHL, Jeff played a game of “BravOh No They Didn’t,” during which he took further aim at Heather, who was brought back to RHOC for season 16 after a four-season hiatus.

“I personally don’t care for Heather Dubrow but I think OC needed a villain. I think she’s the Cruella DeVille of Orange County,” Jeff shared.

As for Heather and Shannon’s recent dispute on RHOC, which was prompted by Shannon’s off-camera reveal regarding a lawsuit newbie Nicole James had filed against Heather’s husband, plastic surgeon Dr. Terry Dubrow, Jeff said he does not think Shannon was trying to stir the pot.

“So I’m privy to a lot of that because Shannon and I are close. And I absolutely believe that she did not know,” Jeff said. “She was trying to piece the whole thing together as she was finding out the information. This girl had a different name. She knew her when she had her maiden name and she also knew her 13 years ago.“

As for which RHOC newbie he prefers, Jeff said he feels Noella Bergener is “very interesting.”

Moving on to The Real Housewives of Salt Lake City, Jeff was asked if he believes Mary Cosby‘s congregation thinks she’s God.

“I do believe they think she is some sort of deity or prophet. Absolutely,” he agreed.

As for her home, Jeff said Mary’s “house is a gut renovation,” and he added that the RHOSLC castmate is a “major hoarder.”

Later during the episode, Jeff raised suspicion over Jen Shah‘s assistant, Stuart Smith, saying that he’s “had assistants turn on me.”

“I think it’s all Stuart’s fault. I think Stuart’s guilty,” he stated, adding that the cast should “be afraid of Stuart.”

Jeff also joked that Andy Cohen was the one behind the threatening text messages sent to the RHOSLC cast, and he said that if he were Whitney Rose, he would have poured his life savings into Mary’s church.