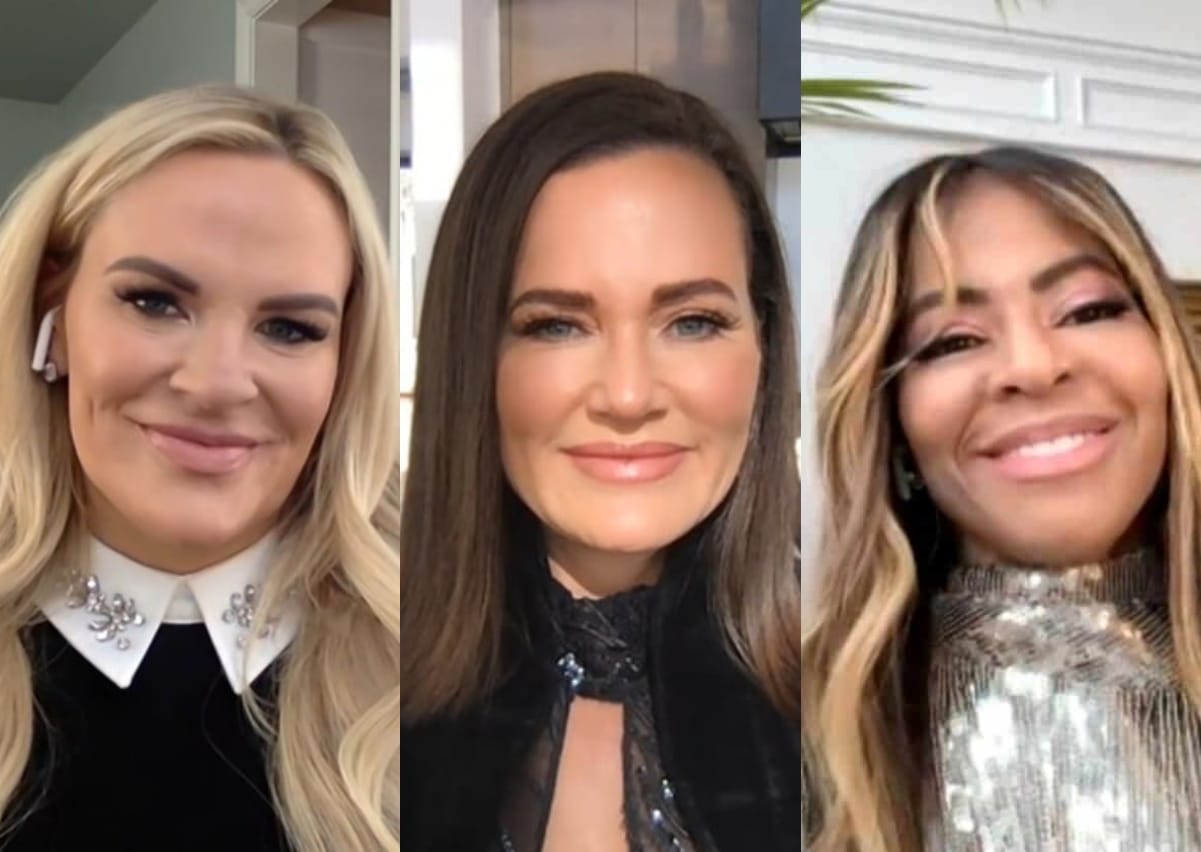 Heather Gay and Whitney Rose are speaking out about their suspicions surrounding Meredith Marks and Mary Cosby‘s “weird” behavior amid the ongoing fraud and money laundering case against Jen Shah.

After admitting that Meredith and Mary seemed to know a whole lot more than everyone else about what was going on with Jen on recent episodes of The Real Housewives of Salt Lake City, Heather said that she and the other ladies found themselves wondering why both Meredith and Mary were absent from the bus trip to Vail.

“We’re trying to figure out the choreography of why weren’t Meredith and Mary there?” Heather recalled on the RHOSLC: After Show. “Slowly, over the course of the last few weeks, people have been revealing horrible, huge things that have been going on in the dark that we were never privy to. I’ve heard of all of these low-circling conversations and so it started to be just weird. Why weren’t they there?”

“Everything was weird and off,” Whitney agreed. “Stories were changing, facts weren’t lining up. So it looked very suspicious. Mary wasn’t there. Mary told Lisa, ‘See what happens when you mess with my church?’ Like, it’s all starting to look like Meredith and Mary knew.”

While Whitney suspects that Meredith and Mary purposefully didn’t board the bus because they knew Jen was about to be arrested, Meredith said that everyone knew why she wasn’t on the bus.

“It’s just incomprehensible that anyone would’ve thought that I shouldn’t have flown back from Aspen to Park City to ride in a van to Vail. I don’t get it. I’m not geographically challenged so I don’t know,” Meredith explained, giving a nod to a trip she made for her father’s memorial. “I didn’t know that Mary wasn’t with them on the way to Vail until I was already in Vail.”

As for Mary, she believes her RHOSLC castmates’ suspicions stem from jealousy.

“These are a bunch of jealous girls that need something to do. Why are they consumed with Meredith and I? What? We needed to all come together? We all needed to be on the bus together?” she wondered. “They don’t like me and now they’re coming up with all these false allegations against Meredith.”

Meredith then explained why she’s simply not a fan of buses.

“When I was younger, my grandma, we had church buses and we would go to different cities locally around Salt Lake City or we would drive to our church in Indiana, which is 1,700 miles so we spent three days on a bus. So… I don’t have a really good taste for buses,” she shared. “And then I’m a petite girl. I don’t have a lot of meat so at some point, you’re sitting on bone and you’re just bouncing and it’s like, you need a donut, those things that help your tailbone.”