Kelly Dodd Shades LVP’s Sur Restaurant as “Horrible,” Alleges Heather “Pushed Somebody” Amid RHOC Season 16 and Claims Tamra Told Her Heather Got Her Fired, Plus She Talks RHUGT 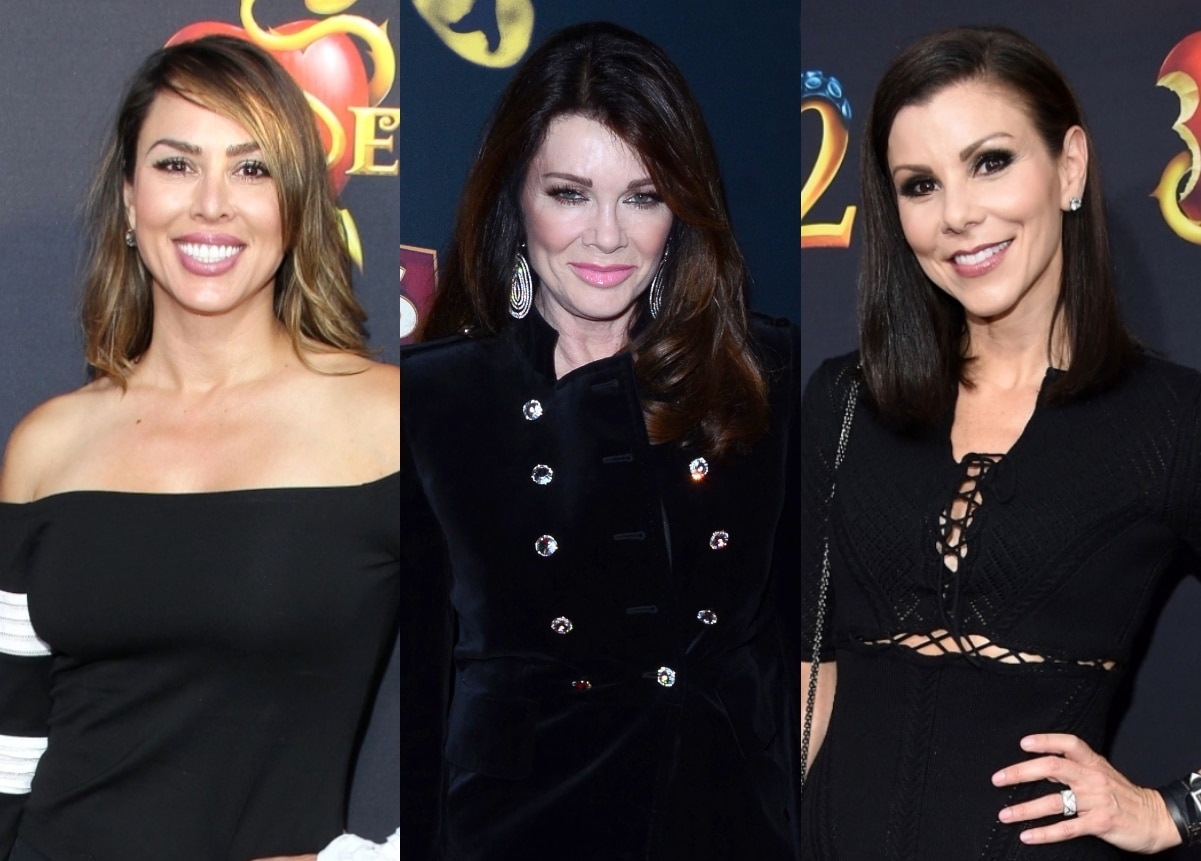 Kelly Dodd took aim at the many restaurants of Lisa Vanderpump during a podcast appearance earlier this week.

Nearly a year after the Real Housewives of Orange County alum found herself in a war of words with the former Real Housewives of Beverly Hills star, who wrongfully accused her of a “dine and dash” at her West Hollywood venue, SUR Restaurant, Kelly shaded Lisa’s food and accused Heather Dubrow of having her fired from RHOC.

“[The food is] horrible. You know that… You’ve eaten there,” Kelly said while appearing on the February 22 episode of the Discretion Advised With Marc MacNamara and John Hill podcast. “I ate at TomToms, which I thought was good… TomToms was good but I don’t like SUR. I thought SUR was awful. SUR sucked.”

Although Lisa offered an apology to Kelly after suggesting she failed to pay her bill at Pump, Kelly made it clear that she would not be returning to Lisa’s restaurant.

“She wrote me and said that she’d have me back at her restaurant and give me a free meal… [But] I would never step foot in there,” she stated. “There’s so many better restaurants in L.A.”

Then, after telling the hosts of the show that she “[hates]” Heather, who she starred alongside for just one season (season 11) of RHOC, Kelly revealed that she learned from Tamra Judge that Heather had allegedly made a deal with production to return to the show for season 16, but only if Kelly was removed from the cast.

“Tamra said that she, like, one of her negotiations was to not have me on. She, we just, we don’t like each other at all,” Kelly shared. “I love everybody in production. I really want everybody on Orange County, I want it to go on so all those people can have jobs because they’re just wonderful people. But I have to say, I’m glad the ratings are really down because of Heather Dubrow… lower than ever.”

Once Heather joined the show, she was immediately met with drama as it was revealed that the series’ season 16 “friend” Nicole James, had previously taken legal action against her husband, Dr. Terry Dubrow. And going along with previous claims made by Noella Bergener, Kelly said Heather had allegedly gotten physical with someone after the information was first shared.

“[Heather] apparently pushed somebody and somebody from production told Noella and then that person in production got fired,” Kelly revealed. “Noella said she did not see it but a producer ran up to her and told her what happened. And [Emily Simpson] said that she was yelling, demanding, ‘Cameras down,’ going crazy.”

Also on the show, Kelly admitted she would love to take part in an upcoming season of Real Housewives: Ultimate Girls Trip.

“Yeah, for $200,000, hell yeah!” Kelly declared, noting that Ramona Singer, Teresa Giudice, Dorinda Medley, Erika Jayne, and Margaret Josephs would be on her dream cast, even though she would likely feud with Margaret because she didn’t like her when they first met at BravoCon and described her as being “full of herself.”

After Kelly said she’s good friends with Teresa, she admitted she recently received a call from the Real Housewives of New Jersey star, who wanted to know why she was making fun of her fiancé, Luis Ruelas, who she had compared to a member of South Park after seeing a video he made at a mens’-only camp.

“I put a picture up of Luis and the guys and then South Park. She got really mad,” Kelly, who has since deleted the post, revealed.