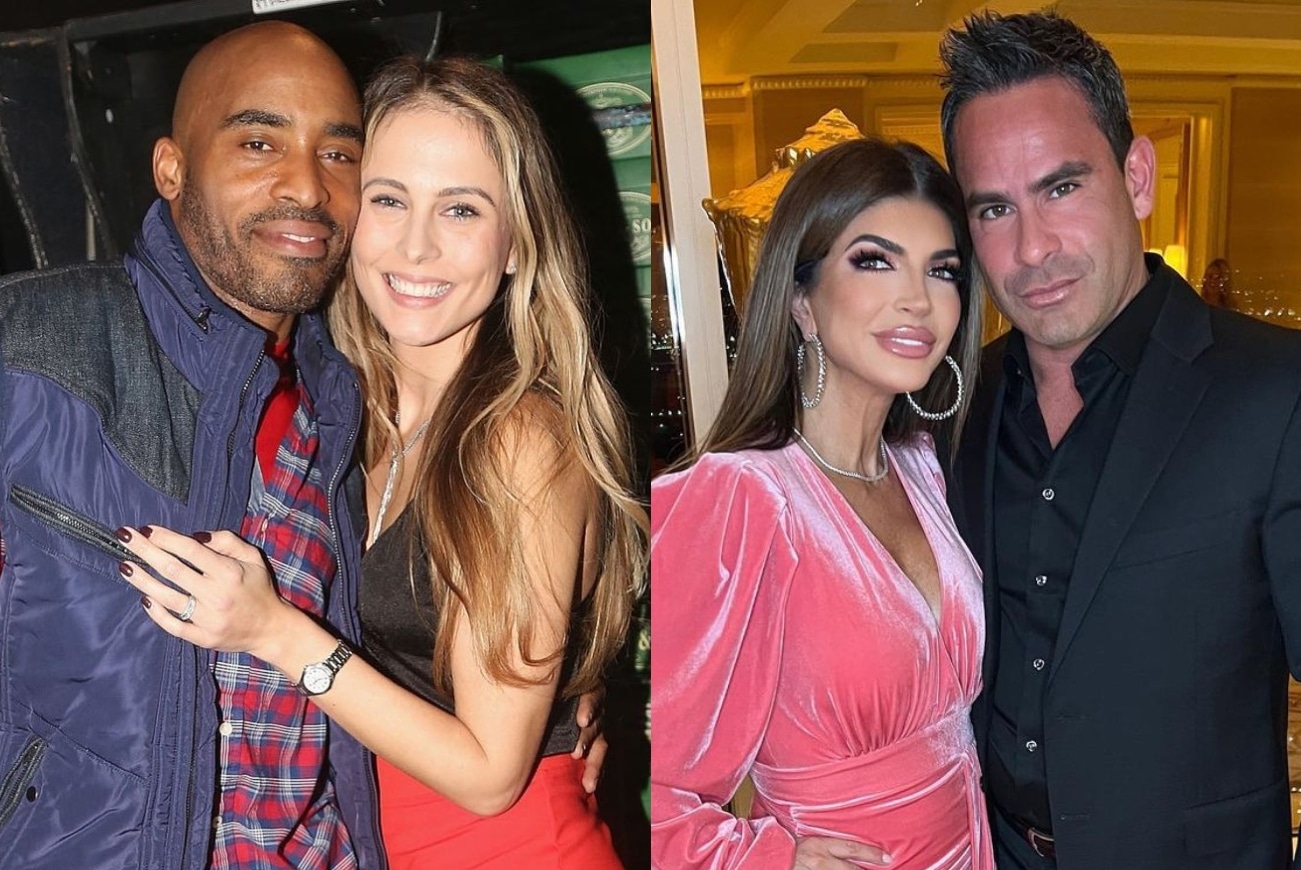 Tiki Barber raised questions against Luis Ruelas on the latest episode of The Real Housewives of New Jersey after learning he had been accused of domestic violence by an ex.

After weeks of discussions about the testosterone-heavy video Teresa Giudice‘s fiancé made while attending a warrior camp, Tiki and the cast moved onto the idea that Luis had potentially laid his hands on his former partner as Teresa lashed out at his questions and Jennifer Aydin threw shade.

“We call him Tiki Barbara Walters. Tiki did the asking because that’s what he does,” Margaret Josephs reflected on the March 16 episode of the RHONJ: After Show.

“Listen, [when] you hear more and more, sometimes you just have to think. There was a lot of explaining to do for Luis that night and Tiki did press him,” Frank Catania agreed.

While questions may have been necessary, Evan Goldschneider didn’t expect the series’ newest husband to be the one to go there with Luis.

“I thought, ‘Wow, this is an expose by Tiki.’ He was really going after him,” Evan admitted. “I was almost shocked that he would try to dig so deep.”

Because he had been told quite clearly by Teresa that she wanted him and Melissa Gorga to have Luis’ back, Joe Gorga was concerned about all he was hearing about his future brother-in-law.

“It started from my toes when Tiki started talking and it went through my entire body like this feeling, like I felt like a ghost came through,” Joe admitted. “I was like, ‘Oh my God, please don’t talk. I don’t wanna hear nothing.’ What are the odds? I’m like, ‘I dealt with one brother-in-law with all this nonsense and then I got this new guy my sister meets and all this sh-t that comes out and now I gotta talk about it. I don’t wanna say nothing!”

Since joining the cast as Teresa’s beau, Luis has gotten along fairly well with the rest of the guys. That said, Margaret’s husband, Joe Benigno, did have his doubts about what he was being told.

As much of the cast attempted to get the truth out of Luis, Dolores Catania did her best to stay out of everything, saying that she’s focusing only on what goes down between Luis and Teresa rather than Luis and his exes.

“I know she may look vulnerable in this relationship to some because he came around and he, like, swept her off her feet, the knight in shining armor, so I understand there’s a vulnerability there, but the core of who she is, I don’t think would tolerate that for one second,” Dolores noted.

Still, because she has witnessed abuse firsthand, Margaret remains concerned about Teresa.

“Listen, Teresa has four daughters. I’m going to say point blank, my father was physically abusive to my mother. It’s not a good thing and this is not something you take lightly,” Margaret explained. “I know she wants to be loved. I know she wants to be in love. I want her to be happy. She says she’s happy. But when things like this come up, I’m sorry, that is a concern.”

In her own segment of the RHONJ: After Show, Teresa was asked if she felt Tiki, the husband of cast “friend” Traci Lynn Johnson, was out of line for questioning Luis.

“I think so yes, like, a million percent. Usually, guys don’t do their woman’s dirty work. They just don’t,” Teresa noted.

According to Teresa, Luis should have told Tiki, “If your wife has any questions, she should ask Teresa.”

“I wouldn’t ask Luis to do my dirty work,” she continued. “If I wanted to find out something, I would ask the woman, whoever I’m friends with. Instead of asking, ‘Oh, babe, can you ask Tiki Barber about if his affair really did happen that way?’ I wouldn’t do that. That’s just not the way I roll.”