PHOTO: RHOP’s Ashley Darby Slams New Cheating Claims Against Husband Michael Darby After He is Spotted at Hotel With Woman 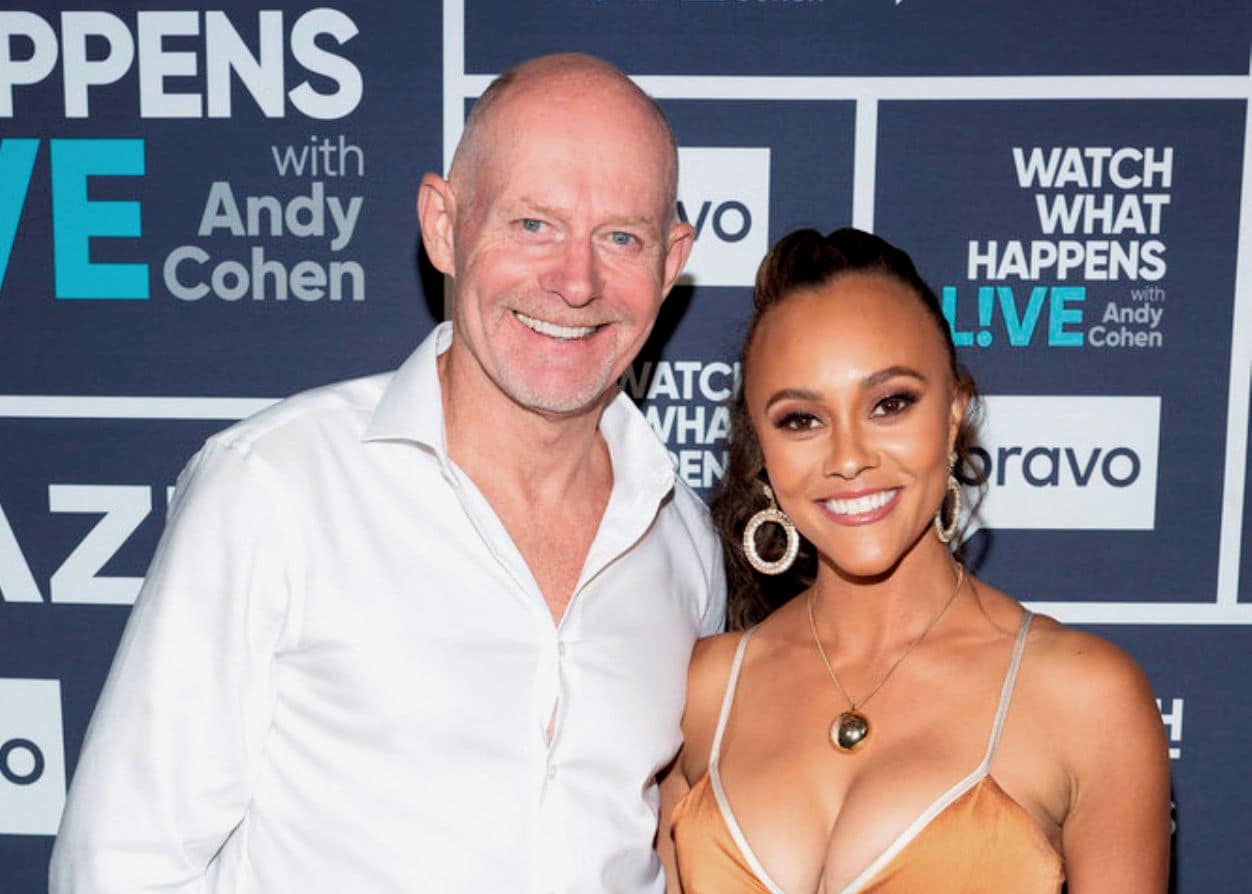 Michael Darby was spotted with another woman over the weekend. But what is wife Ashley Darby saying about the outing?

After Michael was photographed with a dark-haired woman at a hotel in Columbia, South Carolina, by a Real Housewives of Potomac viewer, who took to Reddit to share their evidence, causing quite the stir, the mother of his two young boys took to her Instagram Story to weigh in.

“What are you doing here without ASHLEY?!” the Reddit user asked on March 26, along with a photo of Michael sitting close to a woman wearing a printed dress. 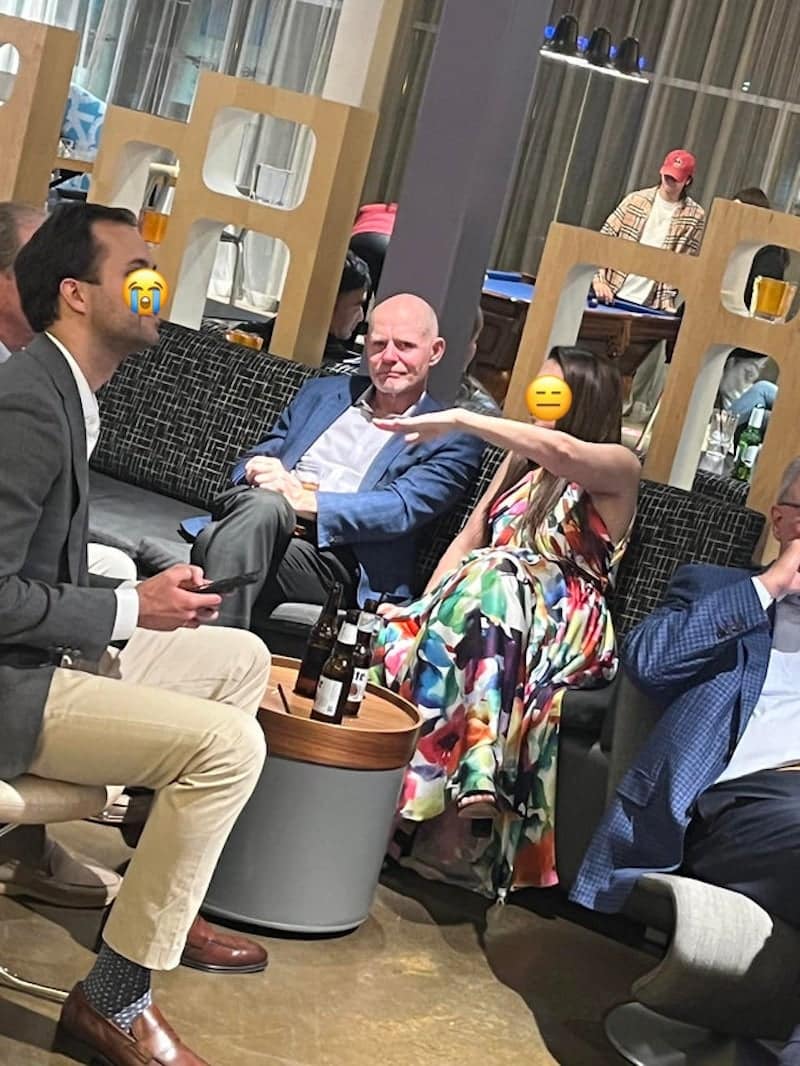 Immediately after the post was shared, a number of RHOP fans reacted to the seemingly damning evidence.

“Someone looks none too pleased you’re taking his picture,” another noted.

“How could he do this to [Ashley]?” asked a third.

Another Reddit user wondered why Ashley’s husband was attending a wedding without her and noted the start of production on RHOP season seven.

“Why is he there without Ashley? They just started filming for the new season too… hmm,” they wrote.

Meanwhile, someone else said that they were “not surprised” to see Michael with another woman.

But after rumors began swirling in regard to Michael potentially being unfaithful, Ashley offered an explanation about the photo.

“That article is bogus. Michael was at a wedding this weekend, and the people pictured are his friends of over 30 years,” Ashley told her fans and followers on March 28. “Michael and I will always be transparent about what’s happening between us.”

“Leave the fables to Aesop,” she added. 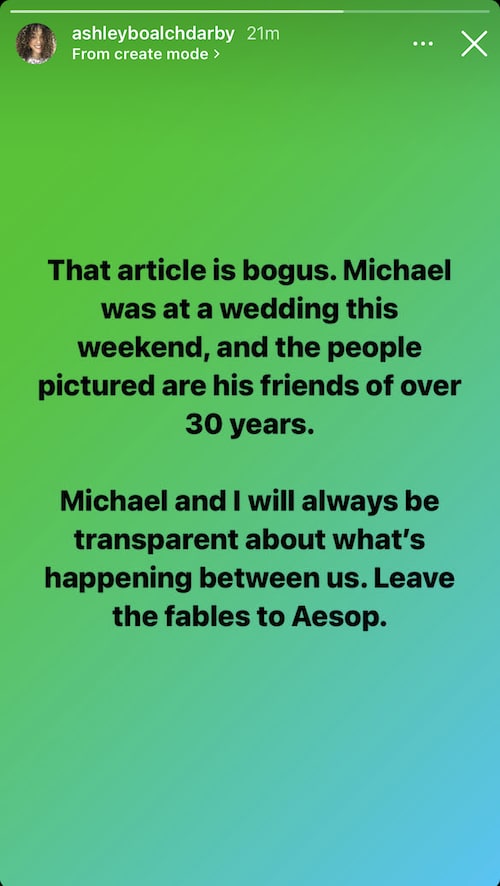 During an episode of the RHOP: After Show last year, Ashley admitted she didn’t fully trust her spouse.

The Real Housewives of Potomac season seven will likely premiere on Bravo sometime later this year.