Pump Rules’ Scheana Shay on Where She Stands With Lala After Brock Feud, Defends Raquel Post and Talks Nema and Brock’s DMs 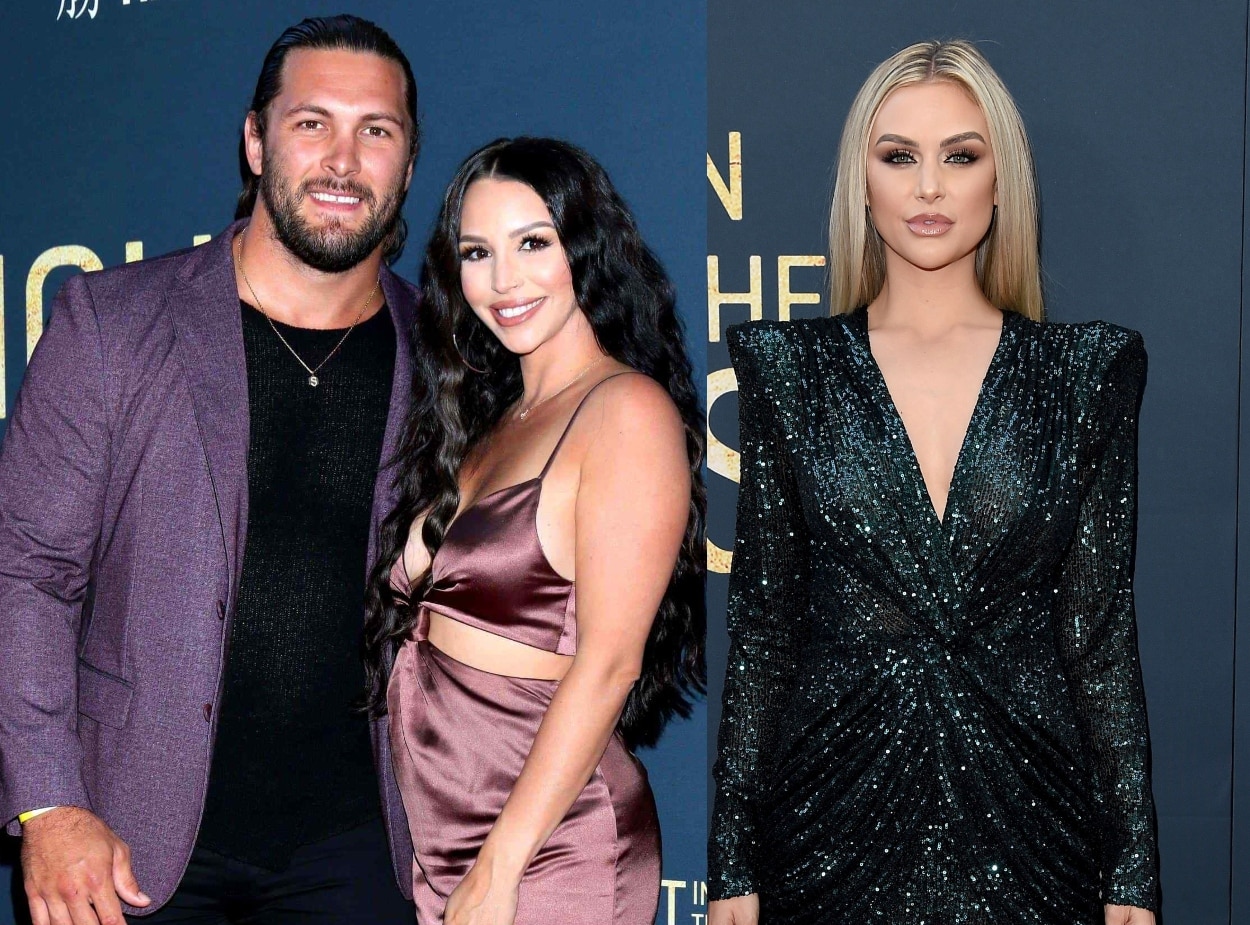 Scheana Shay is opening up about her current relationship with on-again, off-again friend Lala Kent.

After weeks of feuding between Lala and her fiancé, Brock Davies, whose past domestic violence and then-overdue child support were spotlighted on the ninth season of Vanderpump Rules, Scheana looked back on what she felt was “projecting” from Lala before explaining her allegedly shady post of Raquel Leviss and another man.

“We were good even before the reunion,” Scheana revealed on an episode of E!’s Down in the DMs. “I think just both of us going through the labor birthing experience around the same time, and then being so quickly back on a television show, we were really able to understand each other and relate with one another. So that definitely helped rebuild our friendship.”

Although Scheana and Lala reconciled their friendship ahead of the Pump Rules season nine reunion, they did engage in some back and forth during the taping. However, because Scheana knew that Lala’s relationship with now-ex-fiancé Randall Emmett was nearing its end, she didn’t take her projecting too personally.

“I think she realized that she was really projecting with my relationship with Brock,” Scheana explained. “Like, she saw that I had a supportive partner, that I had someone who was there to help me, and she unfortunately didn’t have that.”

Also on the E! series, Scheana defended herself, via YouTube, against someone who accused her of being shady when she shared a video of Raquel hugging a guy on her Instagram Story — even though that guy was their gay best friend — after her split from James Kennedy.

“James is literally posting himself with a girl so who cares if Raquel is,” Scheana told the fan. “Even it was a guy, who cares? She’s single. Let her live.”

As she continued to uncover her DMs from fans and others, Scheana admitted her relationships with both Nema Vand of Shahs of Sunset and Brock started on Instagram.

“We met at a bar one night. We’re both Chargers fans. We were watching a playoff game. And then that night, he slid in the DMs, ‘I think it was just great meeting you,'” Scheana continued of her initial encounter with Nema. “I remember the conversation continued for like hours that night. I was literally laughing out loud. I was like, ‘You’re actually real.’ And then we ended up going on several dates from those DMs and now we’re literally such good friends. He’s one of my absolute closest, dear friends.”

Brock slid into Scheana’s DMs as well following a night out together at a music festival.

“The next morning, he woke up, and was like, ‘What was that girl’s name I was talking to?’ And he asked one of his friends and he was like, ‘That’s Scheana. Here’s her Instagram,'” Scheana revealed. “And then he was like, ‘Who is this girl with her fake million followers,’ decided to slide in the DMs, thought I was some Instagram model with fake followers. He said, like, ‘It was nice meeting you last night,’ and the next time he was up in L.A., he wanted to take me to a [football] game. And then the conversation continued. He just wouldn’t leave me alone and here we are.”