Home Real Housewives of Beverly Hills News RHOBH’s Erika Jayne Reacts to Ronald Richards’ Plans to Buy Home for $6.9 Million as He Accuses Her of Cyberbullying Wife, Plus Live Viewing

RHOBH’s Erika Jayne Reacts to Ronald Richards’ Plans to Buy Home for $6.9 Million as He Accuses Her of Cyberbullying Wife, Plus Live Viewing 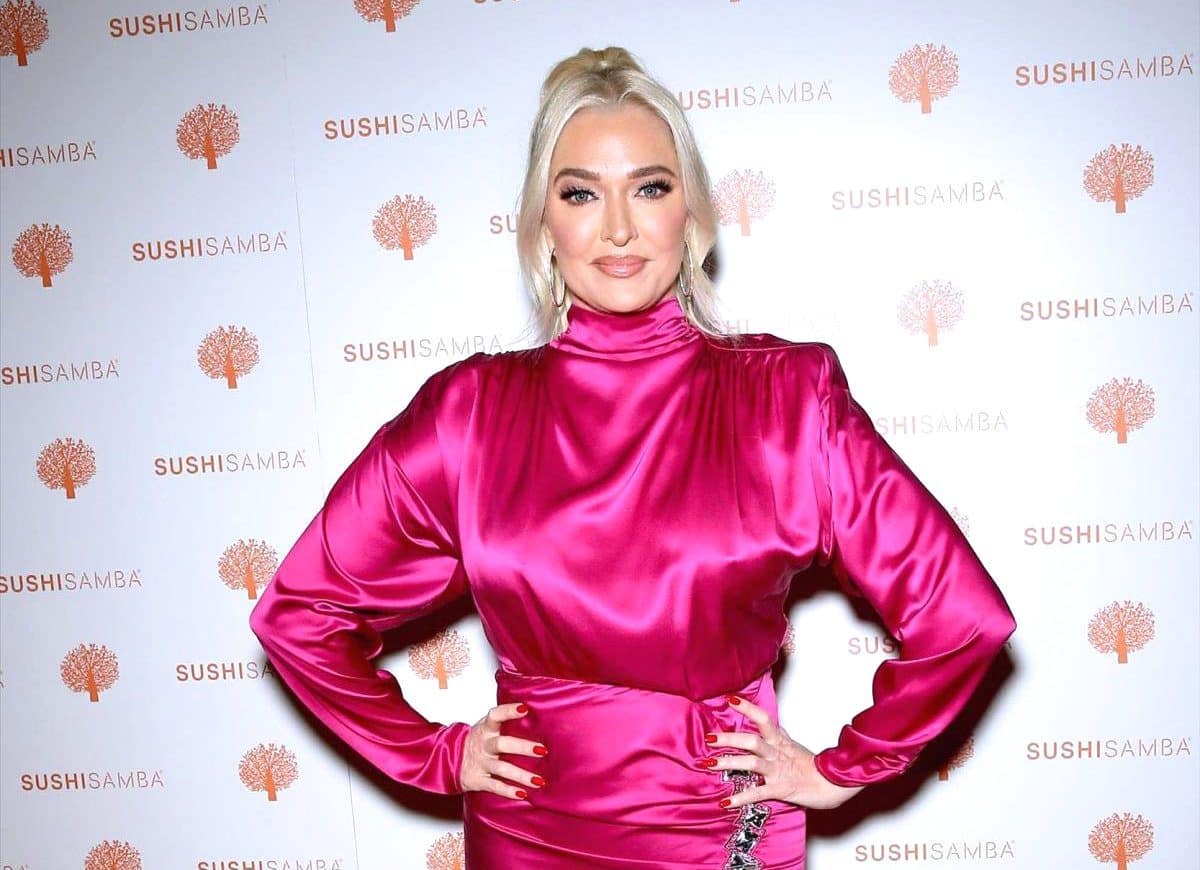 Attorney Ronald Richards is submitting an offer to purchase the former marital home of Erika Jayne and Thomas Girardi. This news comes as the Real Housewives of Beverly Hills star continues to face a slew of lawsuits, and her estranged husband remains in the midst of not only a personal bankruptcy but the bankruptcy of his previously thriving law firm, Girardi Keese.

After Ronald, who was previously working alongside one of Thomas’ bankruptcy trustees, shared his offer of $6.9 million on his Instagram page, Erika, who he claims has been “cyberbullying” his wife, likely after drinking, reacted to his post with a comment about the home being turned into a “museum,” of sorts.

“Since our offer will be part of any motion to approve, we are releasing it now so you are aware [Lauren Boyette Richards] and I are attempting to purchase [Erika Jayne]’s house from the Trustee,” Ronald announced on July 13.

“This is so our followers can see how the victims money was spent and to get a piece of the decadence. We will also use it for a public forum on first amendment activities, something Erika and her legal team strongly are against,” he continued. “They want secret hearings and trials, not public scrutiny. We will have her deposition there along with other players in the case.”

According to Ronald, he plans to rehab the home, which is currently on the market for $7.5 million, and have it liquidated after the proceeds are disbursed to Thomas and Erika’s alleged victims.

“We are hopeful there are no further delays in selling this deteriorating asset that is having its equity eroded on a monthly basis. Let’s finally make a deal,” he added.

“Uhhh how are you going to get this ‘museum’ past the homeowners association? I think they like their privacy,” she wrote. 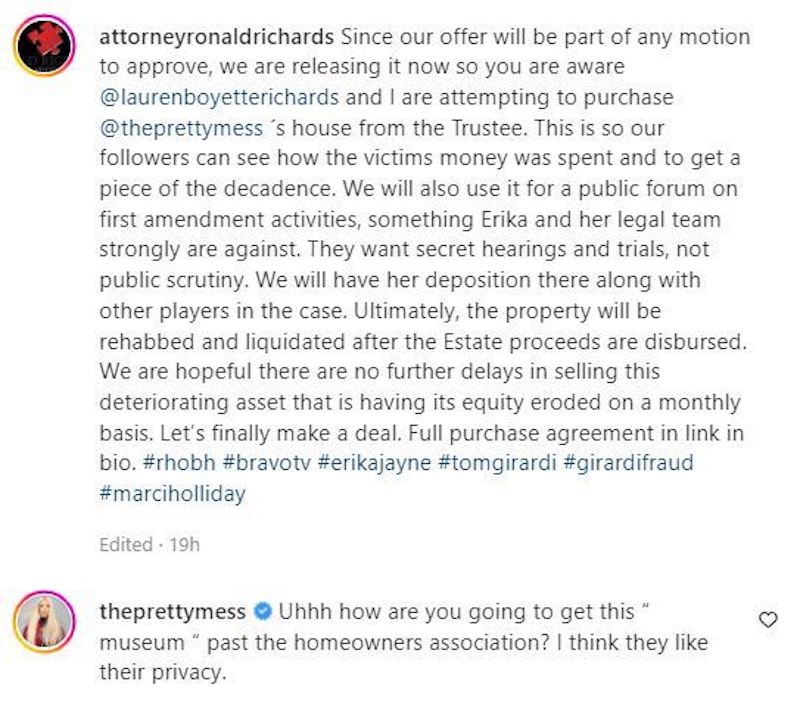 As RHOBH fans may have seen, Erika and Ronald have been at odds for the past few weeks on social media, as have Erika and Ronald’s wife Lauren, who she told to “get back on all fours and take it in the a– from that beast you’re married to” over the weekend.

“For whatever reason, weeks ago, Erika Girardi started publicly attacking my spouse on our IG feed using profane and vile language. She has never met my spouse nor knows anything about her. Then, on Friday, she posted the grotesque comments which were discussed on our Twitter feed,” Ronald told Heavy. “Then she started direct messaging her comparing me to her disbarred husband who stole over $50,000,000 from clients and lied to lenders. We don’t know why she is cyber bullying my spouse nor involving her in our on going litigation. It’s that simple.”

In private messages sent to Lauren, Erika told the woman that Ronald would turn on her and encouraged her to protect her kids, although she didn’t say why.

“I have never met Ms. Girardi nor do I understand why she is targeting me on social media. It is deeply sickening that after all these victims have gone through, that she still shows no empathy for their plight,” Lauren said of the drama.

Ronald then suspected that Erika’s behavior is the result of her drinking.

“It appears she drinks a lot at night in my opinion and this is what causes the vitriolic messages to my spouse,” he added.