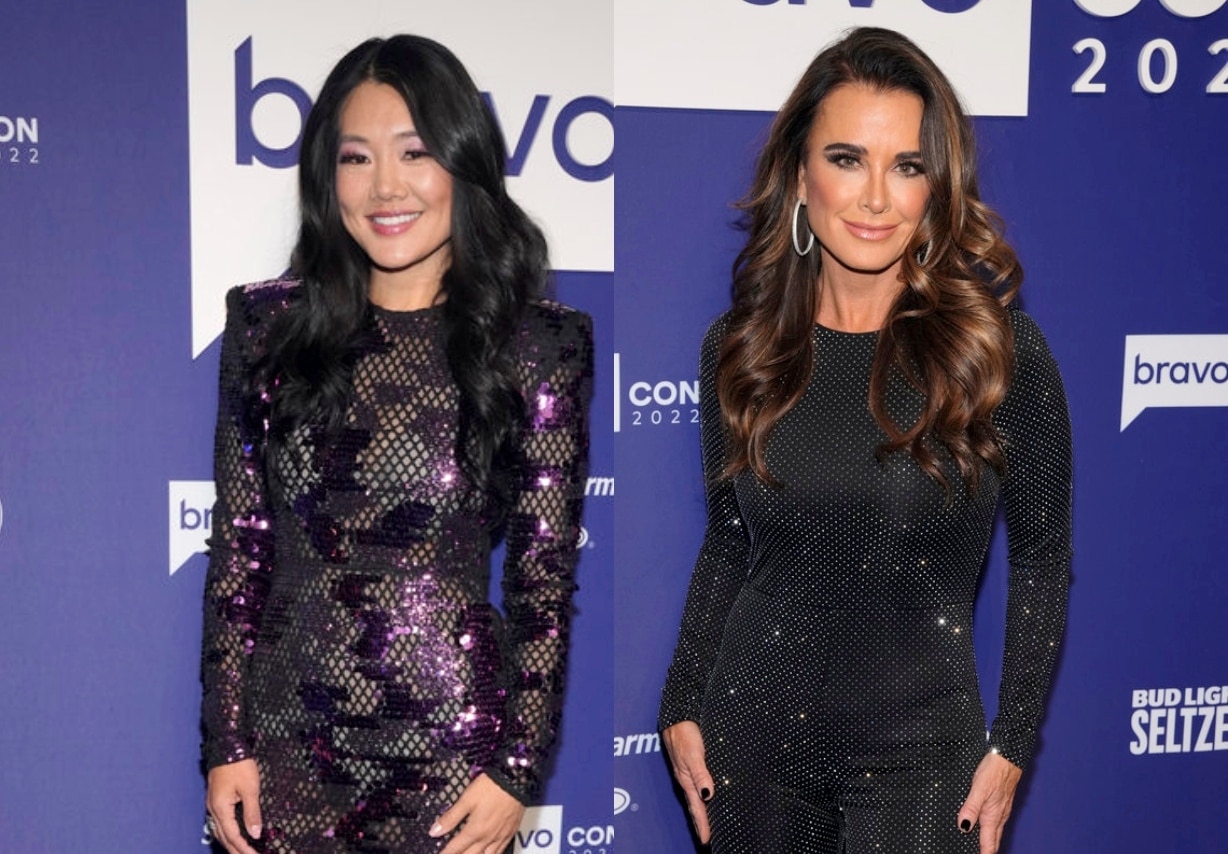 Crystal Kung-Minkoff is speaking out about her “completely” unexpected Real Housewives of Beverly Hills reunion drama with Kyle Richards.

Before sharing her thoughts on the possibility of Erika Jayne and Lisa Rinna leaking information about Kathy Hilton to press, the ongoing drama surrounding the bots who attacked Garcelle Beauvais‘ 14-year-old son, Jax Nilon, a potential cast shakeup, and more, Crystal shared why Kyle caught her off-guard.

“We ended the season where I was like, she actually confided in me and I’m so supportive of her family. So I think her energy was very much misdirected and I think people saw,” Crystal explained to Us Weekly while attending BravoCon earlier this week.

According to Crystal, she believes Kyle took aim at her after feeling that she didn’t know where to go amid their argument about Crystal’s 14 friends and the dispute that actually led to their falling out.

“People act out as we’ve seen when you feel like you don’t know where to go so maybe she just saw me as a random target,” Crystal suspected. “It was really, really weird. [But] we’ve messaged each other and stuff like that [since the taping].”

Although Crystal didn’t appreciate Kyle’s antics against her at the RHOBH reunion, she has compassion for her current estrangement from sister Kathy Hilton.

“It’s horrible, to be honest. But coming from a very, very tight Chinese family, that’s number one and so I hope that that can get resolved and I hope friends will encourage that because that’s my position on it,” she revealed.

As for whether or not Lisa exaggerated her story about Kathy’s meltdown in Aspen, which led to her feud with Kyle, Crystal admitted she was in the dark.

“I know what I saw but the rest of it had nothing to do with us. So I hope that there can be resolve and forgiveness,” she said. “Really, it’s about the family. It’s not about us.”

Crystal was also asked about Lisa and Erika’s potential leaks regarding Kathy’s behavior.

“I feel the show has enough drama that we can just keep it on camera,” Crystal replied.

Moving onto the bot attacks Jax faced weeks ago, Crystal said she hopes the identity of those responsible for the shocking hate will be revealed, slamming the racist and “harmful rhetoric” as “disgusting and unacceptable.”

“It is a TV show at the end of the day. We all go home to our families… And so to see that level of vitriol, it takes the show to a place that’s no longer fun and entertaining and Garcelle’s sons, they’re so sweet,” she continued. “I just adore them. It’s horrible what happened and I hope it never happens again.”

While the majority of the RHOBH cast left the reunion in a negative space, Crystal confirmed she, Garcelle, and Sutton Stracke “left smiling.”

As for where the cast goes from here, Crystal said she “can deal with everybody” returning for season 13.

“I never want to say people should leave or not because if you wanna stay, you should stay,” she stated.