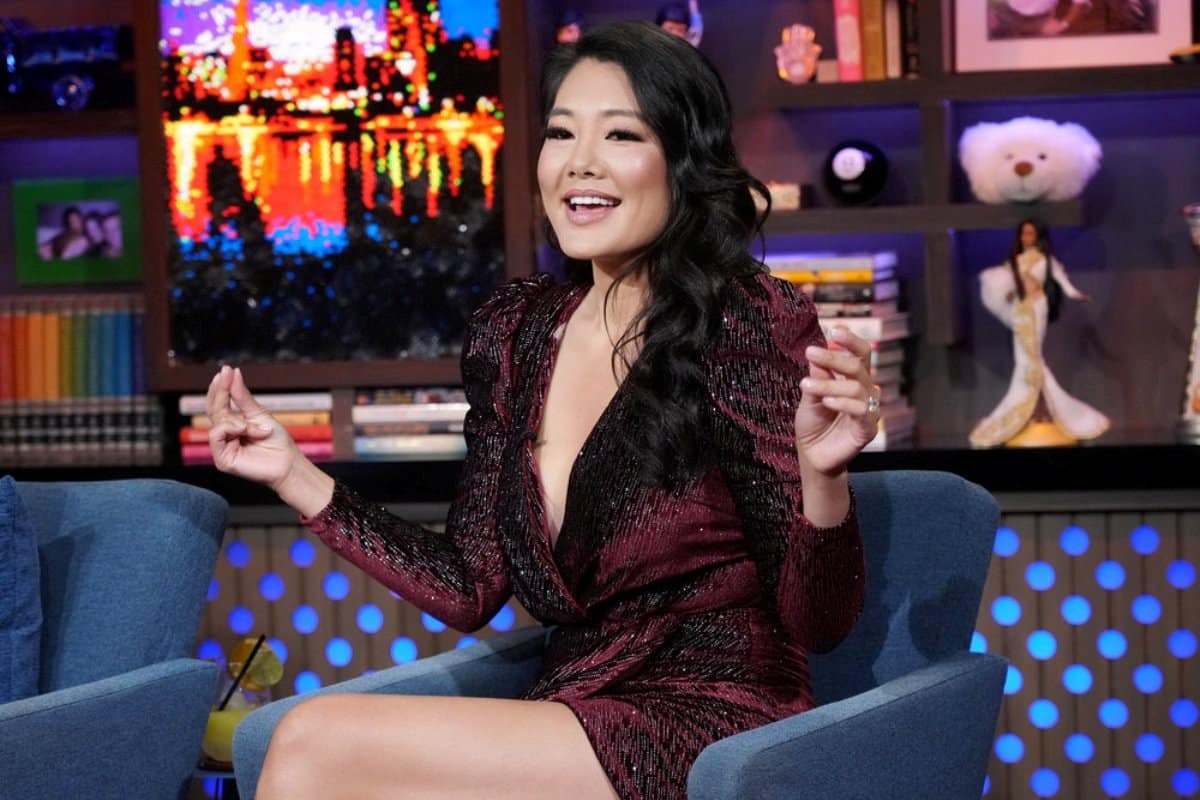 Crystal Kung-Minkoff is reacting to recent claims made by Teddi Mellencamp in regard to her loss of 14 friends.

After the former Real Housewives of Beverly Hills star said on her podcast, Two Ts in a Pod, that Crystal had joined the Bravo reality series after encouraging one of her friends not to, Crystal admitted the story was “sort of true” before reflecting on Kathy Hilton‘s behavior in Aspen, sharing her thoughts on past cast members returning for season 13, and more.

“I had someone that I knew that wanted to do it,” Crystal admitted on the November 2 episode of the Everything Iconic with Danny Pellegrino podcast. “I’m not going to get into too much detail bout her life, but your family has to support you in it. It’s not just an individual choice. It’s your kids, it’s your family. And she wasn’t having that support.”

According to Crystal, her friend asked her what she should do and she told her, “If you’re not going to be supported by your family, it’s not a good thing to do.”

Five years later, Crystal stands by her advice, saying, “I would still give it to every single one of my friends.” However, the friend was none too happy when she learned Crystal was joining the cast of RHOBH for season 11.

“When I got the call, I had mentioned it to her, and she was like, ‘Well, why is it okay?’ And I said, ‘Well, I have support, so I hope you understand that.’ And she didn’t,” Crystal revealed. “I was a little shocked that I wasn’t supported, but at the same time, when I think back now, I’m like, the signs are there.”

Following the falling out between Crystal and her friend, she told Lisa Rinna what had happened, and ultimately, Rinna brought up the issue on camera.

“I was like, ‘Okay, this is how it works,’ and it was annoying because we couldn’t dive into it because it was about the show,” she explained.

As for Kathy’s antics at the Aspen club, where her alleged rant against sister Kyle Richards was sparked, Crystal said that she was the one who called for a van to take her co-star home.

“She was pissed. I saw her pissed off at whatever. [But] you can’t hear anything,” she revealed.

In addition to Kathy’s meltdown being a hot topic amid RHOBH season 12, fans also saw a number of the ladies of the show feuding with Erika Jayne, including Crystal, who didn’t understand Erika’s handling of her legal situation with Thomas Girardi. That said, when asked if she likes Erika, Crystal said, “Yes.”

“I get to see different sides. I just don’t like, you saw, I sometimes don’t understand her position in things, and I say it out loud, but I also drop it, and we can still move forward,” she shared.

Regarding the upcoming 13th season of RHOBH, Crystal commented on the potential returns of Denise Richards and Camille Grammer.

“I know Denise a little bit. I know Camille through another friend. They both bring a definitely a different element,” she said “[But] I don’t know. I don’t know the girls who are going to return from this year, like what’s their motivation next year? If Rinna is exactly the same as she is now, bring in Denise. But what if she adjusts?”

Then, after calling casting a “crapshoot” and saying the professionals would do “whatever they want,” Crystal noted that she’s “always liked” Eileen Davidson, even though she’s never actually met her.

“She seems very balanced, and I tend towards that,” Crystal explained before admitting she’s also drawn to the crazy of Brandi Glanville.

“I like a little wildness. I’m not super wild, but I like to be around it,” she revealed.

Also, during the interview, Crystal said that while she owns the “second largest” coconut water company “in the world,” people “don’t know that” because it isn’t seen on RHOBH.

“I’ve owned it for 10 years. It’s called Real Coco. We have 40 farms in Vietnam and Thailand, but it’s never talked about. I hope next year we get to talk about it,” she said.

The Real Housewives of Beverly Hills season 13 will reportedly go into production sometime in early 2023.