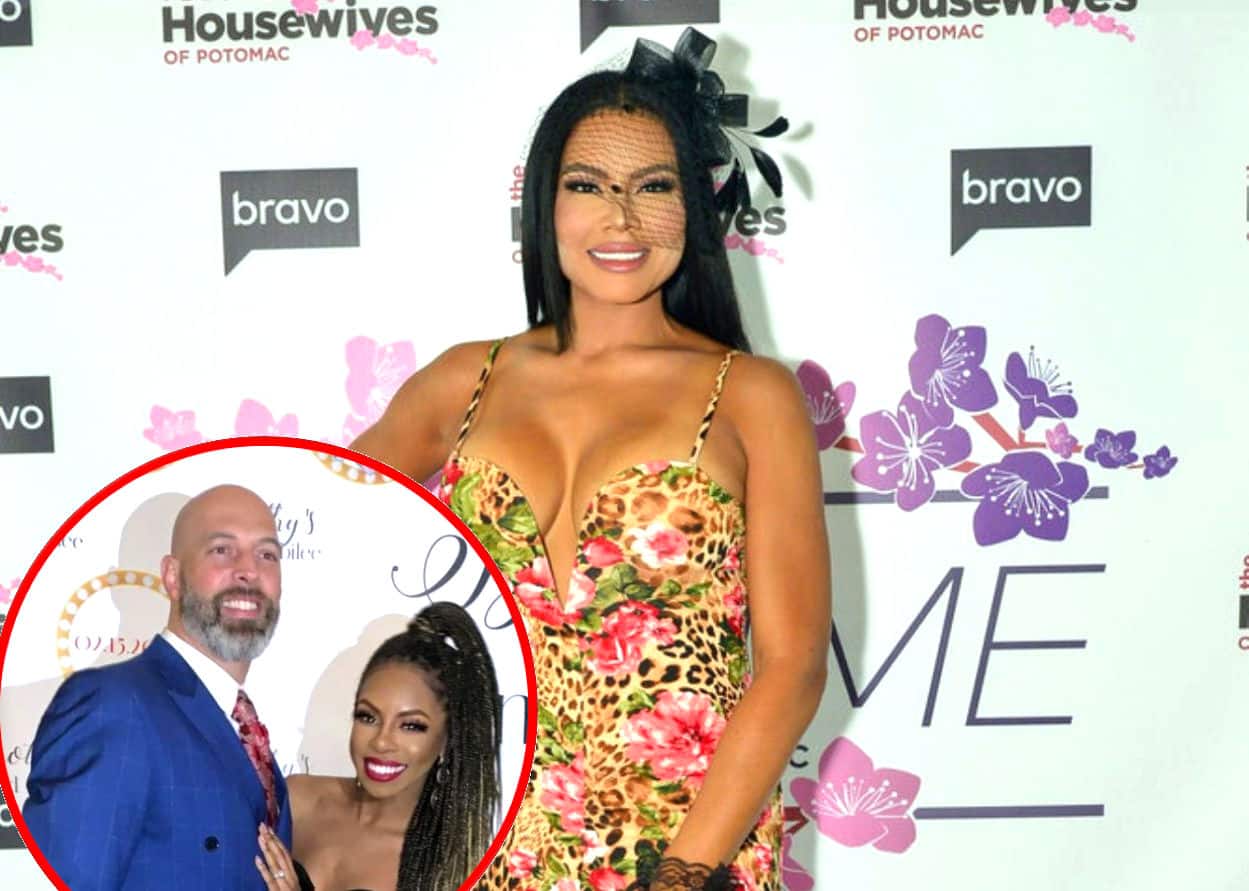 Mia Thornton revealed why she accused Chris Bassett of staring at her on Sunday’s episode of Watch What Happens Live.

Weeks after making the claim against Candiace Dillard‘s spouse, who has been accused of inappropriate behavior by Ashley Darby and Gizelle Bryant, the Real Housewives of Potomac cast member explained herself before dishing on a number of other hot topics, including her cancer scare, her family money feud, and her relationship with Wendy Osefo.

“I cleaned it up. I said it wasn’t sexual,” Mia noted of Chris’ antics on the November 13 episode of WWHL. “He was staring at me because I felt like, even I looked back at myself and I said, ‘Homegirl, you needed a tan.’ I felt like I was very skinny. I was going through treatments. I think he was looking at me because I looked like an alien from outer space.”

During Sunday night’s RHOP, Candiace was seen sitting down with Gizelle to discuss Gizelle’s allegations against Chris. And while the ladies didn’t see any resolve, Mia said she “[understands] both sides.”

After then confirming that her “health is good” today, Mia was questioned by host Andy Cohen about why she went public before she knew the status of her cancer.

“That’s a good question, right? So I went public because I was going through something and never did I ever want anybody to think I had cancer. I just wanted people to understand that tomorrow’s not promised. Live,” she explained.

“So then why not post that tomorrow’s not promised?” Andy replied.

But Andy was still confused and asked why she didn’t “leave the cancer stuff out.”

Then, when Andy questioned Mia about her claims that her husband’s brother stole their money, Mia confirmed, “It’s not resolved. It’s gonna take a while,” and she added that there are a “lot of lawyers involved.”

As for why she believes Robyn Dixon denied being held back from Wendy by Charrisse Jackson-Jordan despite the footage proving otherwise, Mia said if Robyn truly wanted to get her hands on Wendy, she would’ve easily been able to.

“I love Robyn and I think she denied it because here’s the thing, have you seen Robyn? That’s my thing. She’s a linebacker,” Mia shared. “If she wanted to get to Wendy… There’s no holding her back.”

Also on the live broadcast, Mia was asked if she was in a better place with Wendy after their burn session.

“Is there ever an opportunity to come to a better place with Wendy?” she replied.

Later, on the WWHL: After Show, Mia reacted to a fan who wanted to know if she believed Robyn and Juan would ever get married.

“If Robyn says she’s getting married, sure,” Mia replied.