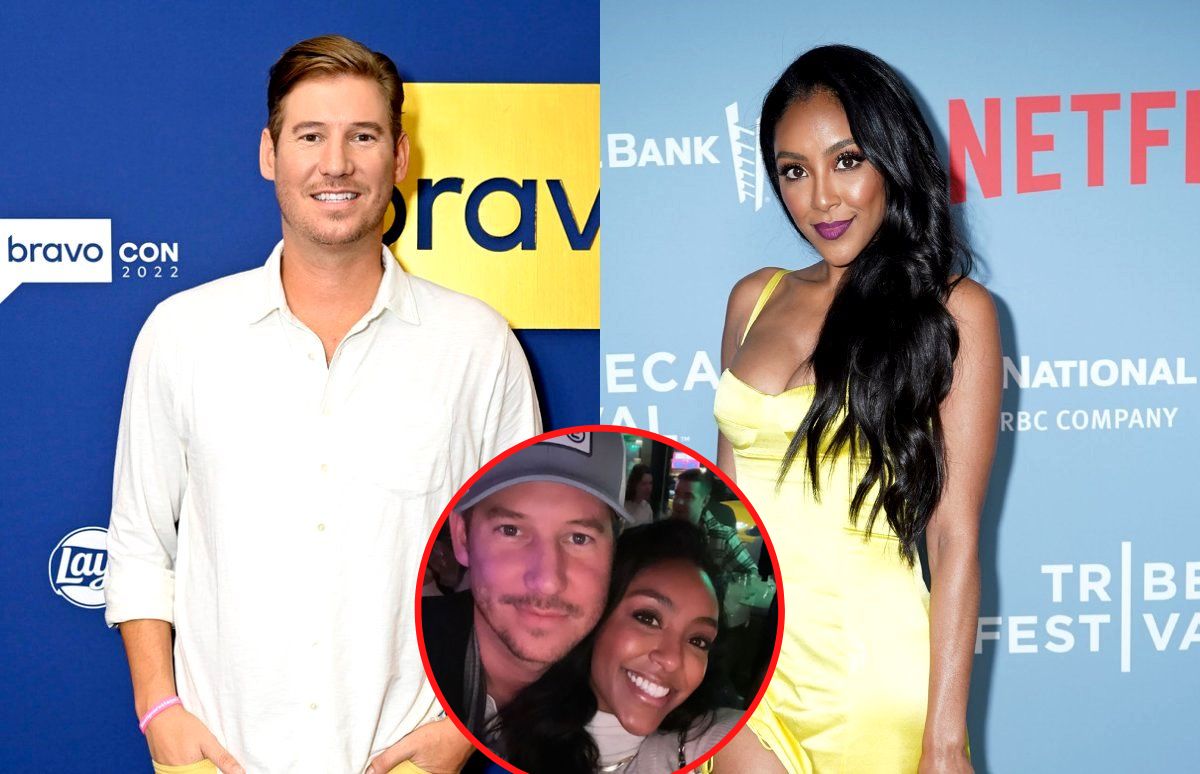 Austen Kroll sparked rumors of a potential romance with Bachelorette alum Tayshia Adams over the weekend in New York City.

As he enjoyed a weekend in the Big Apple, where he was also spotted with Southern Charm castmate Craig Conover and Winter House co-star Ciara Miller, who he’s been linked to on and off since 2021, Austen shared a photo of himself and Tayshia as he suggested the two of them were “in love.”

“We’re in love. Stop asking,” Austen wrote in the caption of his December 4 photo. 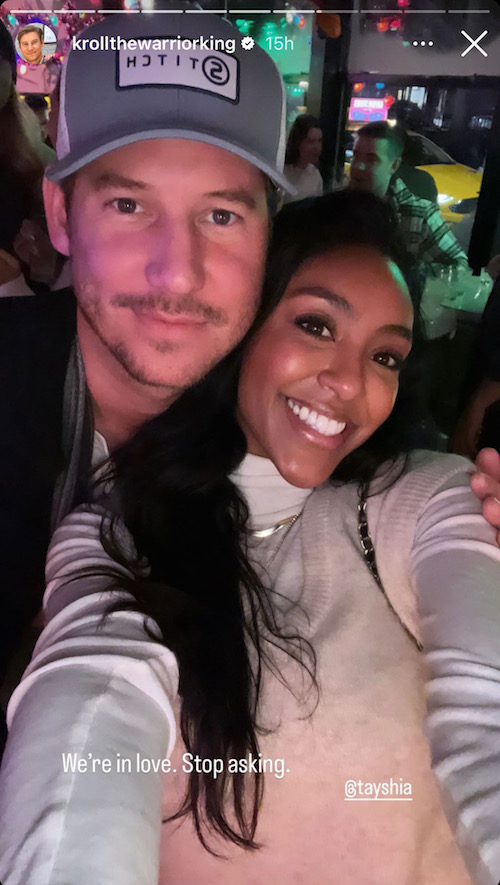 Although Austen was dating co-star Olivia Flowers during the eighth season of Southern Charm, which concluded in October, the couple ended their relationship shortly after the season was filmed. And last month, Olivia seemingly went public with minor league baseball player John Parke.

As for Tayshia, she got engaged to Zac Clark after meeting him on the 16th season of The Bachelorette in 2020. However, one year after the season aired, they called it quits.

Just last month, after being questioned about his potential feelings for Ciara going into production on Winter House season two earlier this year, Austen said that their relationship was strictly platonic.

“It certainly was interesting to go back to the exact same house where so much had gone down with her. She’s a beautiful girl, but no,” he confirmed. “There was no like, ‘Oh man, I’m having some feelings here.’ I think that we honestly were really just trying to work on our friendship and trying to progress with that.”

As for Olivia, Austen offered an update on their relationship in October, saying that he would never close the door on a potential reunion with his co-star.

No word yet from Tayshia on the nature of her relationship with Austen.