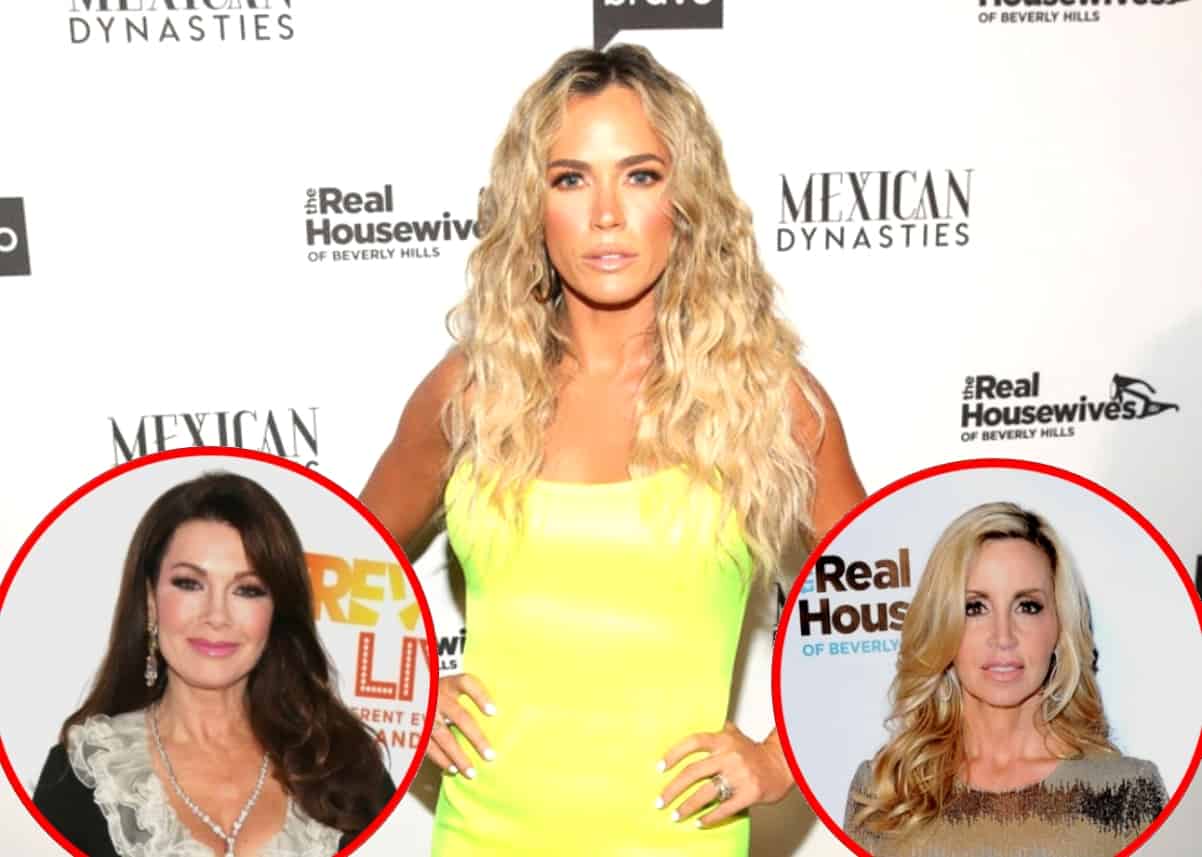 Teddi Mellencamp was quite active on Twitter this week as the finale episode of The Real Housewives of Beverly Hills aired on Bravo TV.

As she and Camille Grammer endured an ugly run-in on the show, Teddi questioned Camille’s friendship with Lisa Vanderpump on Twitter before revealing her season nine regrets and sharing a series of text messages sent between her and John Blizzard in regard to Puppy Gate.

First, along with a meme that read, “footage not found,” Teddi suggested there was no actual evidence of Camille sticking up for Lisa.

LVP: “Thank you for sticking up for me."

Camille: “You are so welcome.” #RHOBH #WWHL pic.twitter.com/29yZPsep0R

While Lisa and Camille were seen together on the finale episode of season nine, it does not appear that the two women have seen each other since. That said, while Lisa did slam Camille in her blog for making mean statements about her teeth, Lisa confirmed earlier this month that she and Camille still talk.

After another fan asked Teddi if she would change anything about the recent season, she admitted that she could have been more up-front about the text messages she had. These texts seemingly proved her story regarding Lisa’s alleged efforts to have her spread negative gossip about Dorit Kemsley‘s decision to give away the dog she adopted from Vanderpump Dogs.

“I would have shown all the text messages to the [entire group] at the first dinner in the Bahamas,” Teddi wrote.

“Also, I would have eaten those chips in Provence,” she added.

I would have shown all the text messages to the entire grout at the first dinner in the Bahamas. Also, I would have eaten those chips in Provence. https://t.co/JeXg0yQzO1

Although Teddi shared a number of text messages on social media throughout the season, some fans have remained skeptical about what exactly caused Puppy Gate.

“Still no proof [Lisa Vanderpump] told [John Blizzard] to tell you anything. A person with any common sense would have rang [Lisa] and asked her did you say this. But no you didn’t do that you just accused a grieving woman on your narrative,” one fan alleged on Tuesday night.

“I have proof,” Teddi fired back. “No way a young employee who worships his boss would make this up. Why wasn’t he fired? Why didn’t Lisa speak to the both of us together? It’s all there.”

Along with her message, Teddi provided the fan with what she claimed was the proof she was looking for by sharing a new series of text messages sent between her and John.

I have proof. No way a young employee who worships his boss would make this up. Why wasn't he fired? Why didn't Lisa speak to the both of us together? It's all there. pic.twitter.com/Hs8BVamCgr

In her post, after John admitted to getting “mixed messages,” seemingly about what to do after learning Dorit had failed to keep the dog she adopted from Lisa’s rescue center, he appeared to suggest that Lisa’s husband, Ken Todd, didn’t want him to say about it to anyone while Lisa had encouraged him to tell someone about what happened to Dorit’s dog.