Home Real Housewives of Beverly Hills News Kathryn Edwards Says Lisa Rinna Was “Gunning” For Denise Just to Have a Storyline, Slams Erika Jayne For Bringing Nothing to RHOBH and Being “Rude” to Production, Shades Andy Cohen For ‘Reveling in Her Misery’

Kathryn Edwards Says Lisa Rinna Was “Gunning” For Denise Just to Have a Storyline, Slams Erika Jayne For Bringing Nothing to RHOBH and Being “Rude” to Production, Shades Andy Cohen For ‘Reveling in Her Misery’ 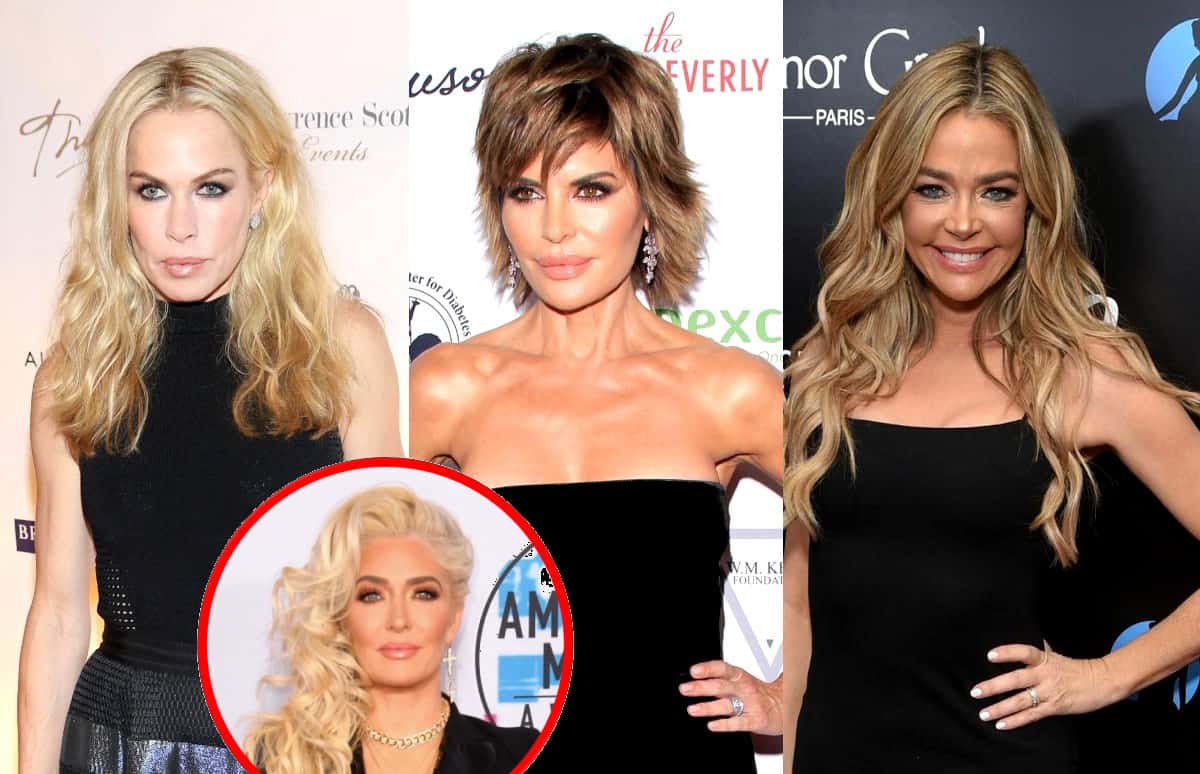 After spilling some hot gossip about her former Real Housewives of Beverly Hills co-stars a couple of weeks back, Kathryn Edwards has a few more thoughts to get off her chest.

The ex-reality star first doubled down on her recent claims about Erika Jayne being condescending to people and production staff — a narrative another ex-RHOBH star, Camille Grammer, corroborated with claims of her own.

“I had a lot of other people on Twitter and in DMs that had run into her or know her — someone was doing PR for her — and [said they] can’t stand her, said she’s horrible. And I’m like, ‘Hello! I’ve been telling you all this!'” Kathryn said on the Behind the Velvet Rope podcast with David Yontef on October 1 before going to explain why she thinks Erika doesn’t add value to the show.

“[With] Erika … there’s no kids, there’s no family life. Tom’s a sweet man, but nobody’s seeing some sexy man that she’s going home to like, ‘Damn, I wish he’d take his shirt off,’ right? I don’t get it. She’s not my cup of tea,” she stated before adding how much production allegedly disliked the cast member.

“She talked down to them, like … I did not like that at all. Actually, two of the production team people told me how rude she was to them. One of them literally said, ‘Get her!’ like I’m some pit bull,” Kathryn added.

As for other diamond-holders on the cast, Kathryn believed that Lisa Rinna used to be an all-star, but now that sparkle has dimmed, considering her behavior toward her former pal, Denise Richards, this season.

“To have your friend of 20 years not have your back at all has got to be hurtful,” Kathryn stated. “And it’s not even to say not to have your back at all. She was gunning for her. She was going that this was the best storyline. So she was making a season. That to me was tough. I had a hard time watching that, to be honest with you. I mean, I cringed and I felt bad for Denise.”

The 55-year-old noted that she appreciates how Lisa “puts a lot of stuff out there,” but that she’s “different on the show,” detailing a “down-to-earth-girl” she used to know who has been ostensibly changed by reality TV.

“[T]here comes a time when I think the reality TV show, life kind of melds into your real life and the line gets blurred and you lose yourself. And I wonder if that’s happening to Rinna,” Kathryn remarked. “So in that case, maybe she’s hanging out with Erika.”

She continued, “If the friendship wasn’t that great, if they were just LA friends […] you’d still have to say, as a friend, a woman who has family, has kids, why would she want to wreak havoc, knowing what Denise has already gone through with Charlie [Sheen]? I mean, she needs this like she needs a hole in the head. For god’s sakes, she was married to Charlie Sheen and went through all the hooker stuff, and now she’s gotta go through hooking up with Brandi Glanville?”

Speaking of the alleged hookup with Brandi, Kathryn revealed that she definitely believed it to be true and that Denise “really didn’t do a good job of selling that fact that it wasn’t true.”

Kathryn still, however, felt bad for the actress, and she condemned Andy Cohen and the network for continuing to “throw it all at her.”

“Honestly, shame on Andy Cohen. I feel like he reveled in her misery,” she said. “Now that he’s a father and he’s got a kid, I feel like that’s really important to think about your kids. The fact that they put all this stuff out there and then they wanted to stir it up with Heather Locklear at the end …. has she not had enough?”