Home Real Housewives of Potomac News Monique Samuels Claims RHOP Costars Tried to Get Her “Fired” After Fight With Candiace, Fires Back at Robyn’s Criticism That She’s ‘Not a Good Role Model’ For Daughter

Monique Samuels Claims RHOP Costars Tried to Get Her “Fired” After Fight With Candiace, Fires Back at Robyn’s Criticism That She’s ‘Not a Good Role Model’ For Daughter 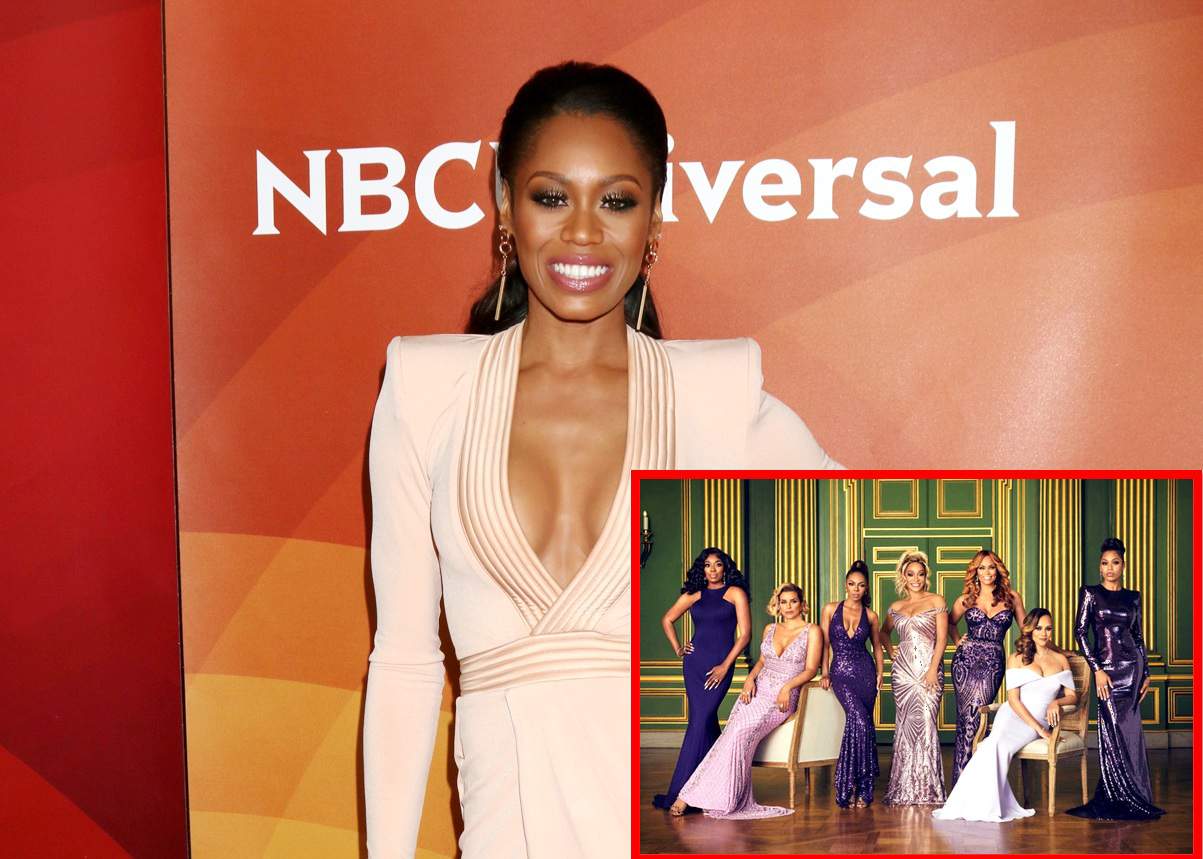 Monique Samuels is taking a stand after being fiercely criticized for her part in that messy altercation with Candiace Dillard Bassett.

In a recent interview, Monique faced off against what she says were attacks from her Real Housewives of Potomac co-stars. She claimed that the ladies were trying to get her fired following the fight.

“They met off camera and had a little meeting and I think that it was very strategic, what they decided to do,” Monique told Us Weekly on October 4. “They looked at this as an opportunity to possibly get me off the show. They thought they had that type of power to get me fired. So that was very strategic.”

Although Monique didn’t name names, it may be obvious to RHOP viewers who might have been a part of this alleged “strategic” plan, considering Gizelle Bryant and Robyn Dixon were the most voraciously vocal in condemning Monique’s actions in last night’s episode.

The “Not For Lazy Moms” podcast host and blogger also noted that there were “so many layers” within the fight, but she felt that Candiace was keen on “play[ing] the victim right now.”

“Her and her attorney have literally gone on media campaigns with this whole incident. She’s called me out of my name. She has said that I’m mentally unstable. She has said that I’m unfit to be a mother and parent,” the reality star stated. “That’s a whole lot coming from someone who was supposed to be a friend. So that just seems to me that you were never a friend.”

Although the two have revealed they have not spoken to each other since the incident last year, numerous fans have hoped for and asked if the former pals would ever consider reconciling.

“I am one to never say never,” she said. “But I’m never going to be friends with her again.”

To further defend herself against criticism, the 36-year-old took to her Instagram on Sunday to pose with daughter Milani, 3, and clap back at haters, most specifically her co-star Robyn, who took a shot at her by stating she wasn’t a good role model for her child during Sunday night’s episode.

“My pride and joy along with my two sons. To say that I’m not a role model to MY DAUGHTER is not only judgmental but insensitive,” Monique wrote in the caption. “I started @notforlazymoms to stop the judgment and mom shaming. I will always be the best role model to my daughter because I keep it absolutely real with her. I’m open with her about my mistakes, my successes and my personal struggles. I push her to be BETTER than me which is what any parent wants for their children. I teach her how to pick herself up when she falls.”

She went on, “Being a mom is not easy but I do my best to be transparent with my children so that they can be their best selves ❤️.”

The Real Housewives of Potomac airs every Sunday at 9/8c on Bravo with plenty more exciting drama to come this season.