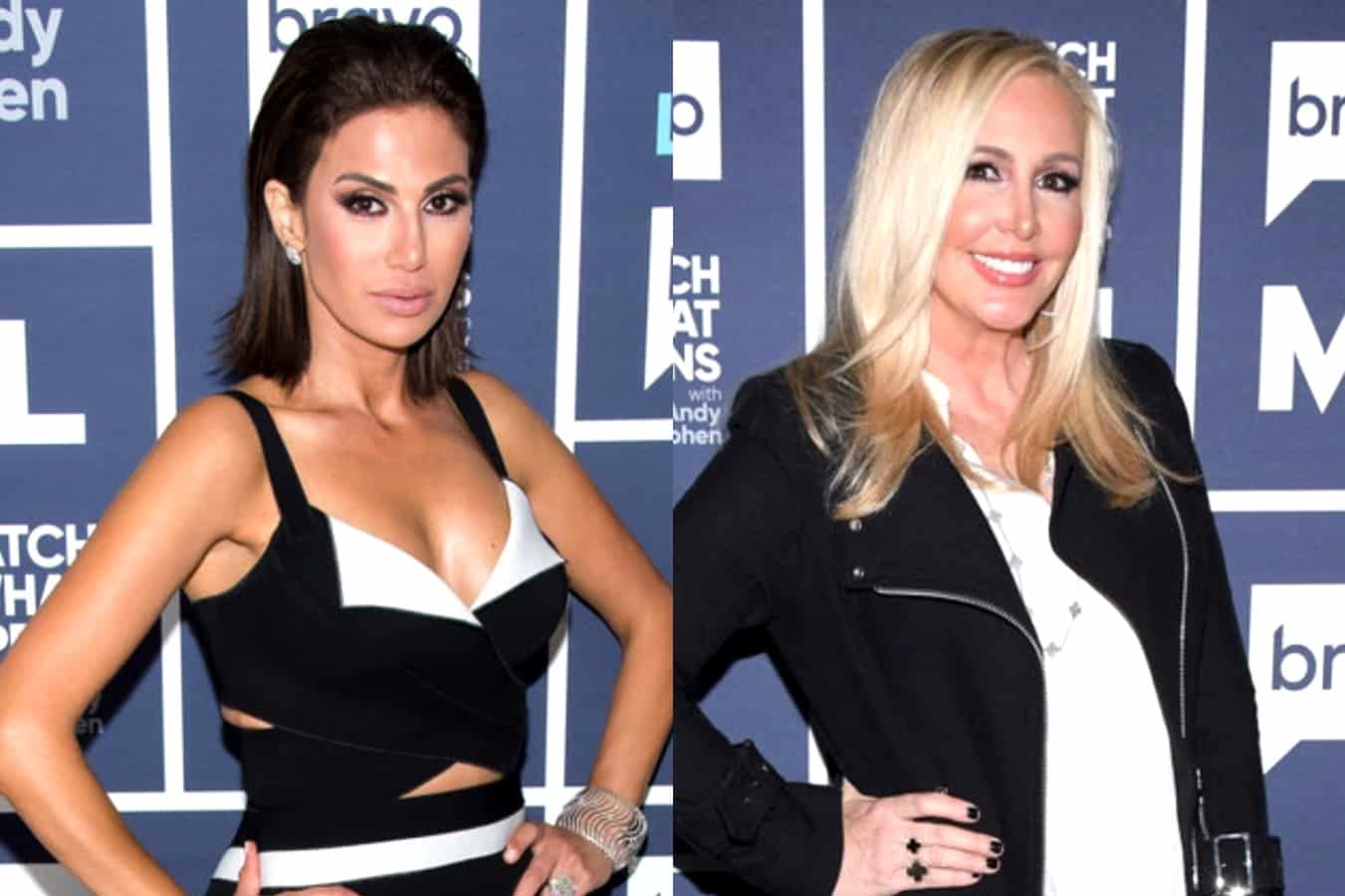 Peggy Sulahian went on a rant against Shannon Beador during a podcast interview earlier this week.

Years after leaving The Real Housewives of Orange County after appearing on just one of the series’ 15 seasons, Peggy targeted Shannon for a past comment she made about her “grave” before slamming the rest of the cast for their lack of substance and reacting to the ladies’ behavior towards Braunwyn Windham-Burke amid her addiction struggles.

“Shannon is a lunatic,” Peggy said on the November 24 episode of Poplitically Incorrect. “[I] remember her saying, ‘Let [Peggy] take her 100th Housewife tag to her grave.’ So really, you want me to die, and then when my kids don’t have a mother… What if I say that to you? What about your children? I can’t imagine saying that to somebody.”

According to Peggy, Shannon should be medicated to keep her emotions at bay.

“She needs to be on meds, especially to calm her down. You’re 60 years old. Calm down lady,” Peggy advised, adding that Shannon likely acts out on RHOC because “she needs a paycheck.”

During a recent episode of the show, Shannon faced drama with her castmate, Gina Kirschenheiter, after allegedly calling her house sad and small.

Speaking of the on-screen drama, Peggy said she doesn’t put the comment past Shannon.

“When she walked in, her face was sour, it was just very sour, and that’s not right,” Peggy noted. “That’s rude because you’re renting your house.”

“Diversity is good because you get to see different ethnicities and different lifestyles and stuff like that, a mixture is good. Right now I feel like they’re all the same and there’s no substance and they’re just causing the drama,” Peggy explained. “There’s no lifestyle. They’re all renting homes, they all pretend they have money.”

As for the cast feuds Braunwyn has faced after confirming she’s an alcoholic during filming on season 15, Peggy said she was shocked to see the lack of support Braunwyn received from her castmates.

“I would be on Braunwyn’s side because I’m more sincere. And that’s like a deep situation, if you’re an alcoholic, I would be on Braunwyn’s side, and I would tell the girls, you know what, the girls are just insincere and why would you do that? Why would you do such a thing like that? Be understandable,” Peggy stated. “She said she’s an alcoholic, isn’t that good enough? And she’s crying for help.”

“I would be the one to hug her and to be next to her and to understand her situation,” Peggy added.