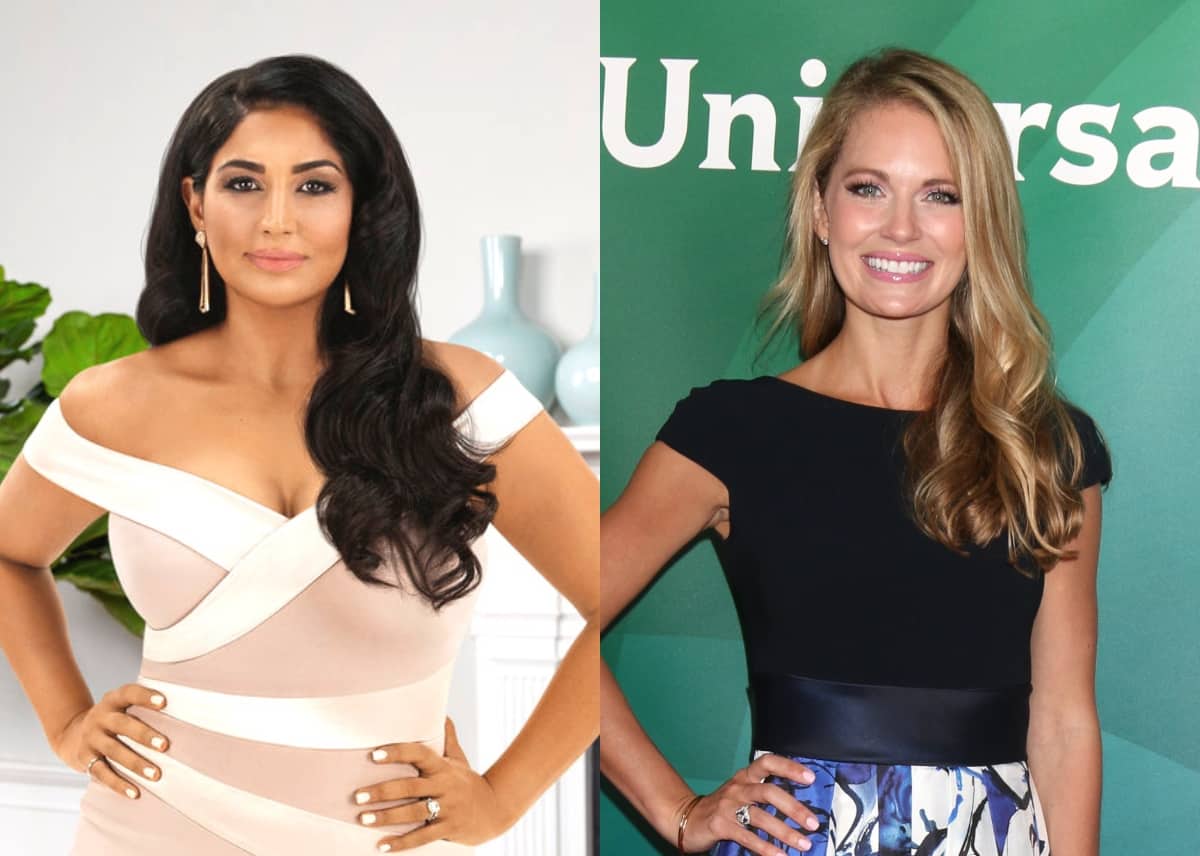 Would Cameran Eubanks ever return to Southern Charm?

The verdict isn’t exactly in on the matter yet, as Leva Bonaparte dished on Watch What Happens Live on Thursday. Leva discussed what she believes about her bestie’s potential comeback.

“I don’t know if she’d come back, I don’t think it really serves her anymore,” Leva shared. “I think she’s onto other things in her life.”

Cameran, who was a Southern Charm staple since the show’s inception, dramatically disengaged from the series ahead of season seven, much to many of her castmates’ surprise. After rumors swirled about Cameran’s husband, Jason Wimberley, allegedly having an affair (perpetuated by Kathryn Dennis), the 37-year-old opted to leave the show altogether, and she was overwhelmed and hurt by the allegations.

Leva also explained that it was actually good her longtime pal Cameran was not on the show since it allowed her to establish friendships with the rest of the cast.

“I think I would’ve just stuck to Cam if she had been here and so I think that was kind of cool. I’ve gotten closer to Madison [LeCroy] and some of the guys,” Leva stated, still admitting that it was hard without her friend since they’re “girl soulmates.”

The newfound reality star also chatted with Entertainment Tonight about the other aspects of the show this season, including its reckoning with racism while filming in 2020 — a chaotic and history-making time where the whole country had to face its troubled relationship with racism.

In this week’s episode of the show, cameras followed Leva along with Danni Baird and their other friends, Madison Simon, Venita Aspen, and Megan Pinckney, as the women attended an emotional city meeting where they discussed the removal of a statue of John C. Calhoun situated in the center of town. Calhoun was a former vice president of the United States and a proud enslaver. He’s also the ancestor of Leva’s co-star, Kathryn.

“It’s hard to watch,” Leva stated. “Being at that statue that day, not knowing if it was going to come down and having African Americans standing there and saying my name is also Calhoun and this family owned my family for X-many generations was hard to hear.”

Danni also chatted with the outlet and shared her response to the event, which she called “really enlightening.”

“I had chill bumps at the statue. It was deep, and I never would’ve thought that would’ve happened that day,” she shared. “Like, I just was there to support, and in the back of my mind, I was scared of offending Kathryn. I wasn’t thinking about the plight of the statue and what it symbolized, but when I left? I was wowed.”

The event came at a time that wasn’t only emotionally fraught for the country but for the show as well, as one of its stars, Kathryn, was embroiled in a debacle involving a Black Charleston activist. After the activist called out Kathryn’s friend for promoting a Trump rally, Kathryn came to her friend’s defense and then sparred with the activist in her DMs, saying she was using her “minority claim” to “harass people.” Kathryn also used a monkey emoji during the exchange, which many took to be a racist gesture considering how monkeys have been used historically as a degradation to Black people.

“I mean, honestly, I was frustrated because I had never heard Kat talk about any of this stuff,” Danni noted. “There was such an opportunity for her to kind of take this and turn it around in her favor, and kind of just apologize for the sins of her past — even though it wasn’t her, it was her family. It was something that I think would’ve been really special to acknowledge, especially with a lot of local Charlestonians.”

Leva also went on to explain that although she didn’t believe Kathryn to be “outwardly racist,” her co-star was still “super embedded in white privilege” and “tone deaf” to things that don’t affect her.

“I don’t know what the proper terminology is, but she fits on the spectrum, because sometimes just not caring is kinda racism at this point,” Leva stated. “I don’t think she’s out here trying to hurt anybody that’s different from her, or has any sort of vendetta against anybody, but I do think that if it doesn’t affect her, she’s kinda like, hmm.”

The restauranteur explained that she didn’t want the audience to think she’s “mad at people for their ancestors,” but she hoped the takeaway would be to consider the importance of having “awkward conversations” and educating oneself about the nature and history of these fraught situations.

“I’m hoping as we go through the season that Kathryn’s curtains get pulled back — and her journey is different, because of her name, because of her history,” Leva stated. “There is more responsibility, and Danni has her own journey, and I’m on the spectrum, too. I learned so much, too. So I hope people can understand: Get your friend groups together, have awkward conversations, don’t be so scared of offending. If we can’t figure it out together, we’re never gonna figure it out.”