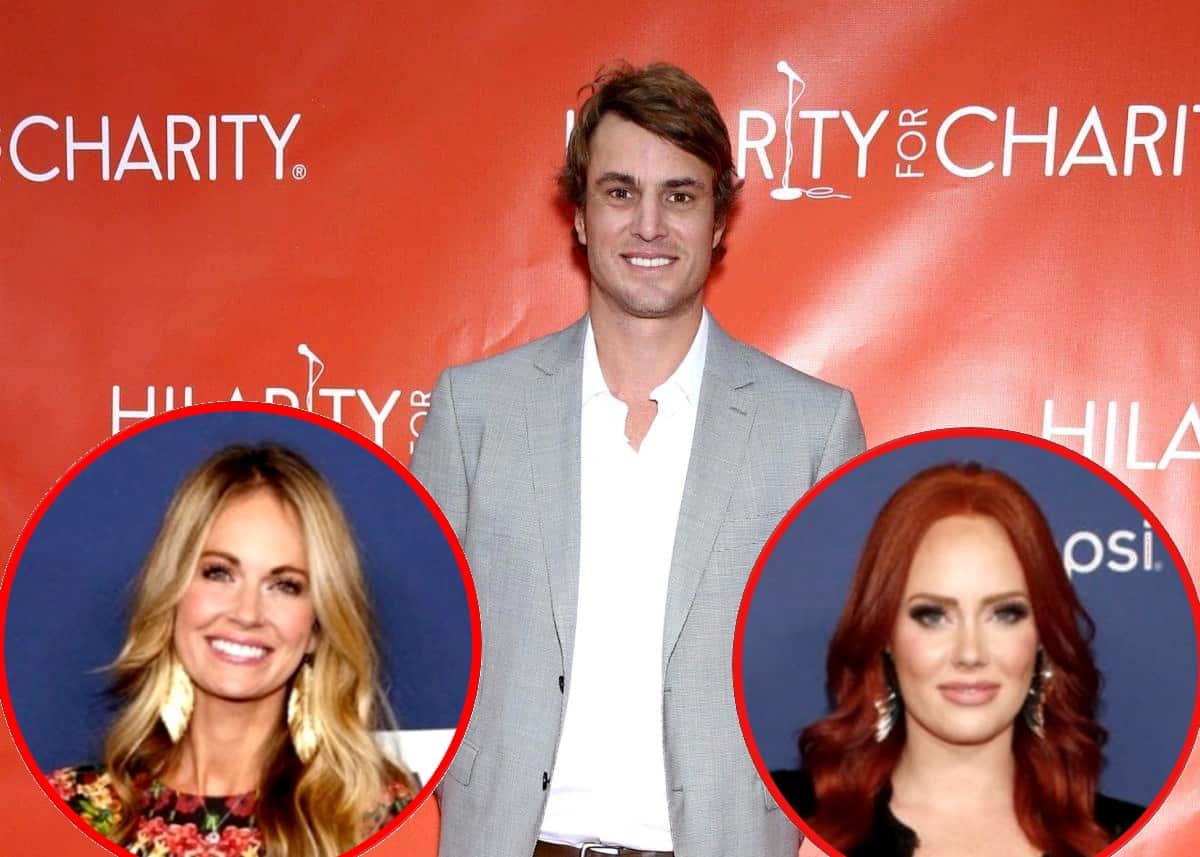 The cast of Southern Charm looks a little different this season after the shocking exits of Cameran Eubanks, Naomi Olindo, and Chelsea Meissner. However, cast member Shep Rose is revealing that season seven almost looked even more different as he himself almost quit the series.

In a new interview, the Southern Charm OG noted that after a difficult season six, he was actually ready to throw in the towel and leave his life of reality TV.

“Last season was hard for me, and I’m not pointing fingers because I’ve pointed them at myself, as well,” he told Entertainment Tonight. “I was disillusioned. I talked to Cameran and was like, ‘I don’t think I want to do this anymore,’ just because of social media. … It’s just hard when people are hammering you … [and] it’s hard to block everything out.”

Considering his close connection with Cameran, it was especially difficult to move forward without her. Shep revealed that his pal “always signs up at the last second” every year, but the tone of last season also rubbed her the wrong way, and she stated she didn’t want to move forward.

However, Shep still tried to convince Cameran to re-join the squad for season seven, pointing out how he and some of her other longtime castmates would still be part of the program.

“I was like, let’s do this again, because we can do it better,” he shared. “She just said, ‘It’s not worth it to me and I’m not gonna do it.’ [But] we found out that no one person is bigger than the show. Sure, we have our moments, people who have been on the show since the beginning, Whitney [Sudler-Smith], me and Craig [Conover]. I wonder, if I left would it still [work]? But I think we’ve got ourselves a good season.”

He went on, “I think Cameran, one of the reasons she left is she was just, like, there was always a sense of decorum in our group. Like, there would be some screaming matches, but you didn’t cross certain lines, you didn’t really go for jugular, because after all we are Southern Charm, right?”

Although Cameran’s departure shook the cast to the core, Shep hasn’t prodded her about re-joining the show in the future — or any reality TV, for that matter.

“I know that she really enjoyed — and she might not admit it — sort of the juice of the show, meaning the gossip and knowing what everyone is saying,” he confessed. “She was like, front-row seat to all the salaciousness and ridiculousness, and I think she took joy in that. So, maybe she’ll want to jump back on the train. Obviously, I think we’d all welcome her.”

The “juice of the show” already got off to a great start this season as viewers already saw last year’s drama between Shep and Madison LeCroy rear its ugly head at Shep’s party. Madison and her on-again-off-again boyfriend, Austen Kroll, both attended the party, and tensions arose when Madison’s one-time-fling, Peter, showed up with his new girlfriend, Liz.

Much like last year, when Shep retaliated against Madison by bringing the two women Austen may or may not have hooked up with to an all-cast event, Madison believed Peter’s appearance at the party to be maliciously motivated by Shep — but Shep denies the claims.

“I started seeing a therapist, actually, and we talked a lot about the stress and anxieties that are of the seasons past and behaviors in the past, so it was clear — it was like, do not wrestle in the mud, because … it was a no-win situation,” Shep said. “I did not come in with my dukes up, and I was mad at myself for even getting involved with her last year.”

Austen and Madison’s rollercoaster relationship continues to be a frustrating issue for the whole cast as the couple begs for everyone to stay out of their relationship but seemingly makes it everyone’s business.

Shep shared how he’s trying to stay out of it, but he finds Madison both “dangerous” and “fascinating,” a force of chaos who doesn’t take accountability for her own faults.

“Remember last season, there was that DM thing with Danni’s boyfriend and Madison got all pissed with Danni?” he stated. “‘How dare you tell people that I DM’d your boyfriend!’ Like, wait a second. You just took yourself out of the equation. So, I don’t know. I kind of want to wash my hands of the whole Madison and Austen thing, for sure.”

Although Madison may be “dangerous” in Shep’s eyes, fans of the show already got a taste of what other kinds of dangers are headed for Charleston this season.

Kathryn Dennis dwelled on her past issues with Cameran after reading a text on camera from her former co-star to stop spreading rumors about her husband, Jason Wimberly, having an affair (the rumors that allegedly pushed Cameran to cut ties with the show).

“Whatever problems you might have, it’s probably not because of someone else, typically,” Shep said in response. “So, to pass the buck and to have this stored up negativity? Cameran never did anything to undermine her.”

In the premiere, after Kathryn called Cameran an “a–hole,” a montage showed Cameran’s past behavior toward Kathryn. This included negative comments on Kathryn’s relationship with ex-Southern Charm star Thomas Ravenel and Cameran turning down a coffee invitation from Kathryn to work on their relationship.

“I think Cameran wishes she could do that over again, because all Kathryn was asking for is to have a cup of coffee and she politely declined, but does that make her someone who has been sort of rooting for Kathryn’s demise or has like tried to undermine her? Definitely not,” Shep stated. “So, I hate the rumor that was brought up. I don’t believe it. But you know, again, we all signed up for this, so I don’t know [what] other people’s thought processes are. Wish I did.”

D’Andra Simmons Shares Biggest Regret on RHOD and Reacts to Fans Who Claim She ‘Faked COVID,’ Plus She Reveals Whether Costars Are ‘F...