Home Southern Charm Landon Clements Accuses Kathryn Dennis of Having Kids to Stay on Southern Charm, Says She Tried to “Destroy” Cameran, Believes Kathryn Was ‘Set Up’ in Racism Scandal and Weighs in on Thomas’s Return

Landon Clements Accuses Kathryn Dennis of Having Kids to Stay on Southern Charm, Says She Tried to “Destroy” Cameran, Believes Kathryn Was ‘Set Up’ in Racism Scandal and Weighs in on Thomas’s Return 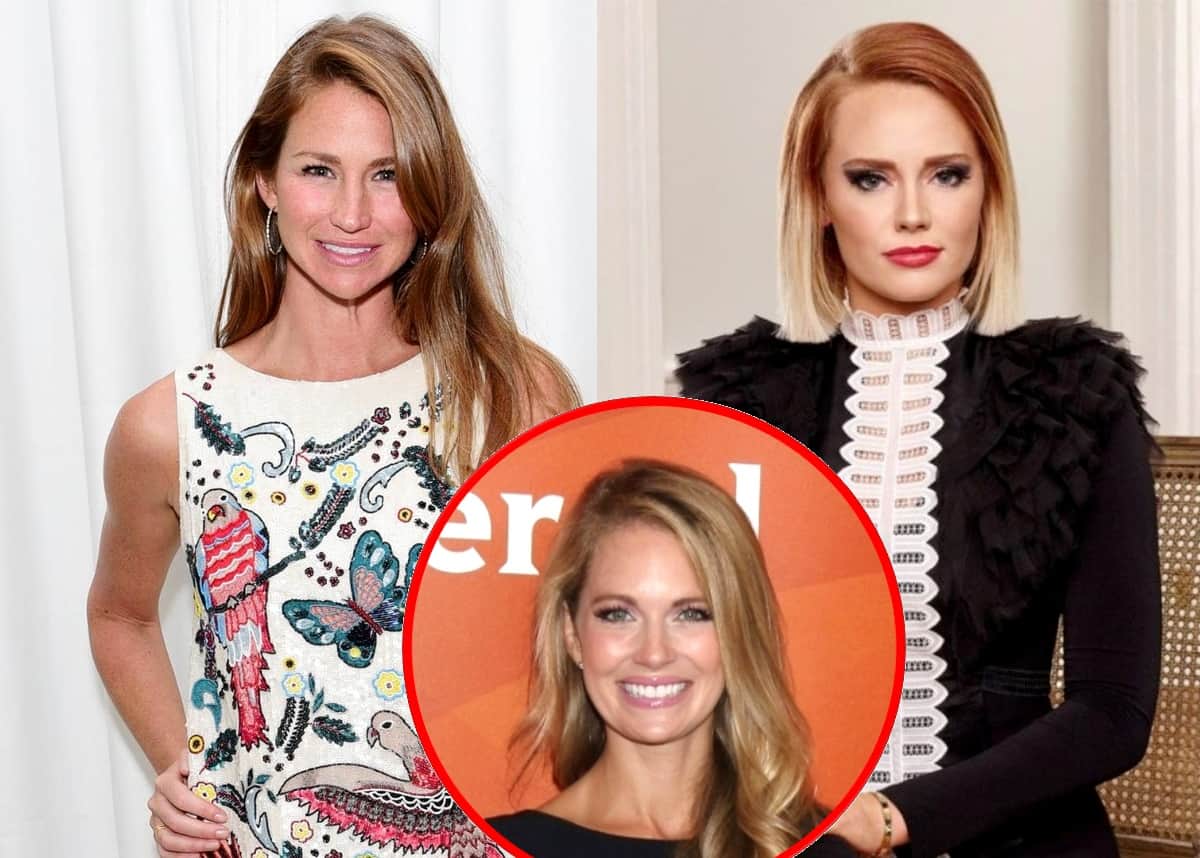 Landon Clements is disgusted by the antics of her former Southern Charm co-star, Kathryn Dennis.

During a recent podcast appearance, Landon put Kathryn on blast for the many things she’s done to remain relevant on the show before reacting to the racism scandal she faced earlier this year and commenting on a number of other issues, including her portrayal on the series, Thomas Ravenel‘s return, and Shep Rose‘s new romance.

”[Kathryn] had two children to be on a show,” Landon said on the December 1 episode of Behind the Velvet Rope With David Yontef podcast. “Look at what Kathryn tried to do to [Cameran Eubanks]. What motivates that? I just can’t connect or understand. I would never purposely like set out to try to destroy someone.”

During filming on season seven of Southern Charm, Kathryn brought up untrue rumors that suggested Cameran’s husband, Jason Wimberly, was unfaithful, and shortly thereafter, Cameran confirmed her exit from the series.

“I think she had actually had left before those rumors started. And I think that’s why Kathryn thought it would be fine for her to take a shot because she wasn’t going to have to actually answer to it with Cam,” Landon explained. “It’s just wild but I don’t put anything past Kathryn. She’ll do anything to stay relevant and in the limelight.”

“[Kathryn] hasn’t really created any sort of life for herself outside of the show and when your whole life is wrapped up in that, then you have to always bring the drama and bring all of this, even if it means like destroying other people,” she added.

According to Landon, she would never be as willing to appear alongside Kathryn as the other women have been in the months since she tried to tear down Cameran.

“I’d be like, ‘I’m never filming with Kathryn again.’ What she did is despicable. And it’s kind of annoying to still see [Danni Baird] and [Madison LeCroy] and everyone hanging around with Kathryn,” she admitted. “I’m like, ‘You guys are just going to let that fly? Because she’s going to come after you next.’”

Although Landon is no fan of Kathryn, she understands why Bravo didn’t fire her as they did Vanderpump Rules stars Stassi Schroeder and Kristen Doute after the two of them faced their own racism scandals in June.

“What they did to [Faith Stowers]… that really was racial profiling. And I thought [it] was really hurtful and mean,” Landon said, noting Stassi and Kristen’s false claims against Faith, which included allegations of theft.

Meanwhile, Landon continued, Kathryn’s use of the monkey emoji wasn’t as cruel because she had no idea who she was speaking to.

“I really don’t think that Kathryn meant that as a racial slur. Very rarely will I go to bat for Kathryn but in this instance I will. As you see now she has an African-American boyfriend. I don’t think that she meant that monkey emoji to intentionally hurt someone of color,” Landon explained.

“The woman who reached out to her, I think she kind of set Kathryn up a little bit because if you are a journalist, why would you not openly be like, ‘Hey, I am in the public eye as well.’ And what she did as a journalist, I thought was very shady and not good journalism,” she continued of the Charleston-based activist.

In the years since she left her role on Southern Charm, Landon has been living in Los Angeles and staying “really busy” working as a realtor.

“A lot of people are wanting to move to Park City to Aspen, up to Napa Valley, just getting away from the city and luckily, those are all markets I’m really familiar with,” she revealed.

Looking back at her time as a reality star, Landon admitted that she wasn’t thrilled with the portrayal she received.

“I always wanted to be portrayed [more as a working woman]. But for whatever reason, they didn’t want to show the dynamic of me working. And it worked better that I was just like waiting around for a husband, which was so not the case. I hate to say like hurt my feelings, but I was like, ‘Gosh, did they really just think that I [was] just some dumb girl [with no] direction?’” she wondered.

“I don’t think the show has gone downhill. It’s just… like the whole thing with Danni and STDs. What is that? That’s just not necessary. It’s gross. Does anyone like learn or grow or is there anything interesting that came from that? No. It’s just another person trying to get camera time and you’re doing that by hurting someone else,” she went on.

While Landon doesn’t keep in touch with everyone, she has remained close with Naomie Olindo and is thrilled to see that she’s found happiness with boyfriend Metul Shah after being “pigeonholed” as Craig Conover‘s girlfriend for years.

“I’ve known her forever and she’s just the sweetest little doll and I’m so happy that she’s so happy and in a great relationship,” Landon said, revealing that Metul just got a job in New York.

“They might be moving. He just got a job up there working in the hospitals [but] I don’t know their schedule for moving,” she shared.

Moving on to her former flame, Thomas, Landon said she was “surprised to see him” return to Southern Charm after years of turmoil with the network. She then said Thomas should have “had the guts” to sit Kathryn down and tell her his baby news in person before noting that he’s been “very supportive,” especially financially, of Kathryn in recent years, even though she may not admit it.

“That’s why she was living [with him]. She didn’t have anywhere else to live. You look past a lot of things when there’s children involved and he loves his kids very, very much,” Landon noted, adding that she last spoke to Thomas during a visit to Charleston for Eliza Limehouse‘s baby shower.

“Thomas always will have a special place in my heart,” she revealed.

As for Shep, Landon said her ex-castmate has learned from his past mistakes before gushing over his relationship with Taylor Ann Green, who she said is “awesome.”

“I think he watched some of the show and was like, ‘Hey, this isn’t me, this isn’t what I’m all about. I’m hurting people,’” Landon suspected. “He’s lovely and one of the most caring people I know. And it’s much more impressive to be a family man and to build something. [And] Taylor’s just as cute as she can be. She doesn’t want to change him. She loves him the way he is.”