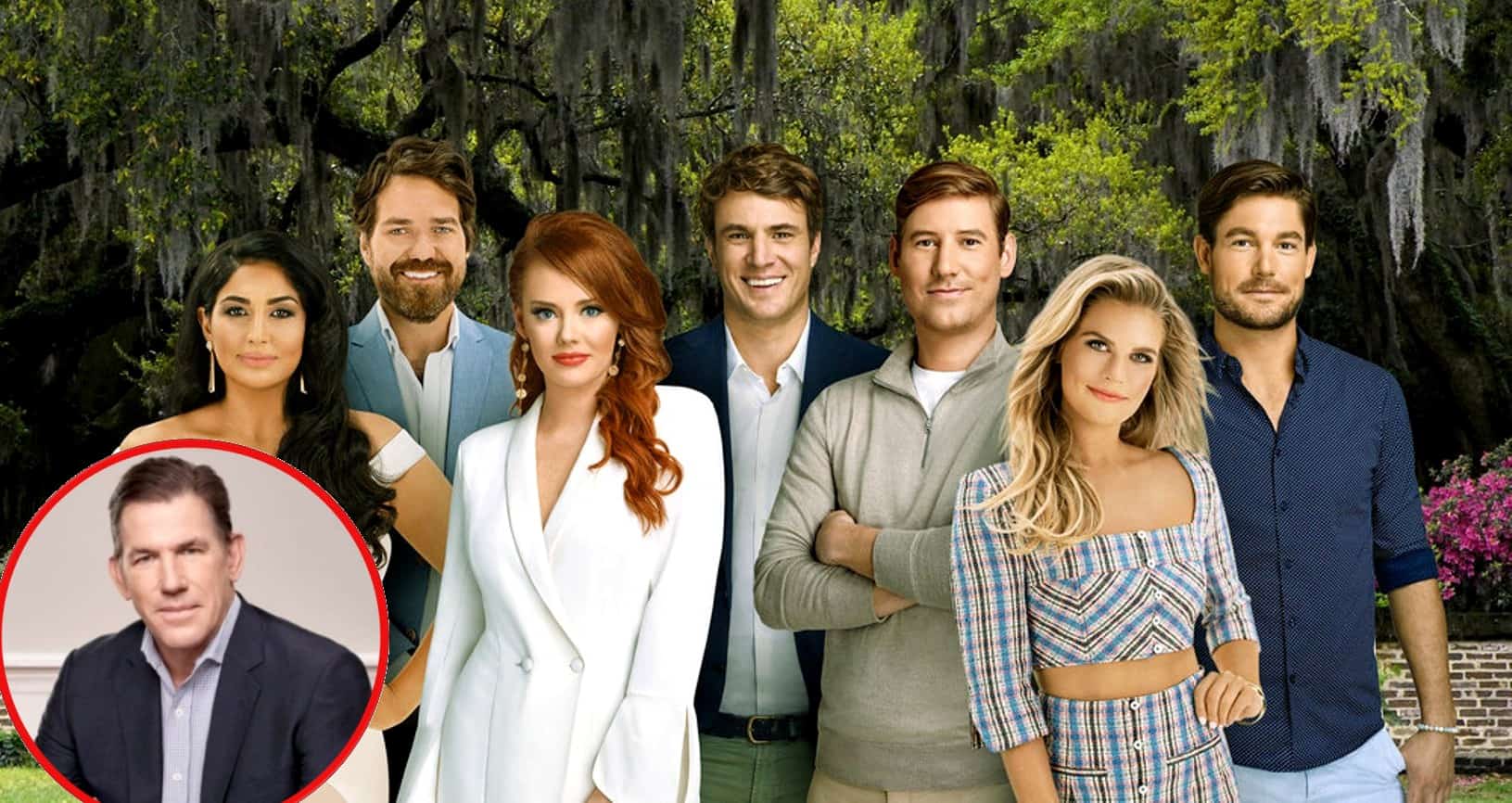 Fans of Southern Charm may have been shocked to find out on the season seven premiere of the show on October 29 that Kathryn Dennis briefly moved in with her ex, Thomas Ravenel.

The news also came as a surprise to cast members on the show. They shared their concerns over the often tumultuous five-year relationship between the couple, who are parents to Kensie, 6, and Saint, 4.

“I’m always completely blown away by them, even though I shouldn’t be at this point. But when she said she was living with them, I mean, my jaw hit the floor,” Craig Conover told Us Weekly. “And then to find out that he filmed is incredible. I mean, some people will say, like, we shouldn’t give them a platform or show it, [but] it’s not a positive for Thomas that he filmed at all. So, anyone worried that we’re helping him by filming him, it’s not accurate. I mean, for him to go on Twitter all the time and blast the show and then film? It’s just incredible.”

Shep Rose also shared his two cents about Thomas making an appearance, considering how much Thomas has criticized the show.

“For as much shouting and hollering negatively about the show … that just pisses me off, honestly,” Shep said. “It’s not anybody on the show’s fault, anything bad that might’ve happened with him. And also, he really enjoyed it when he was on it. I mean, let’s be real honest here. He loved whatever fame and notoriety. He had a lot of fun with it, so don’t cry over what you perceive as spilled milk, you know, because it was a lot of fun.”

New cast member Leva Bonaparte also shared her shock at the arrangement, saying that every time she is around Kathryn, “It’s just like a bomb goes off.”

Viewers of the show got to see the rocky relationship between the two playout for the past couple of years, but the network ultimately cut ties with Thomas after he was accused of sexual assault while season five was airing. The disgraced politician ended up pleading guilty to assault and battery charges and making a $125,000 donation to a non-profit group that fights against sexual assault in the name of his and Kathryn’s former caretaker, Dawn, who filed the report.

Thomas told Us Weekly earlier this month that he wasn’t paid for his appearance and only did the segment “as a favor to Kathryn.” He noted that the mother-of-two was staying in the guest room since her house was being painted and it was “unsafe for her and the kids.”

In addition to Thomas being axed from the show after season five, the program underwent major changes ahead of season seven, not only in casting but also the subject matter it decided to take on.

As the Black Lives Matter protests heated up this summer and the call for racial justice grew louder by the day, numerous companies and institutions were forced to reckon with their place in the matter, including Bravo.

As the network booted prominent Vanderpump Rules cast members Stassi Schroeder and Kristen Doute from its cast after past racially insensitive behavior, fingers then pointed toward Southern Charm, a show with an all-white cast and a southern setting with deep, historical roots in racism.

“It’s one of those things that I’m happy that our program decided to just follow what was going on,” Craig told Entertainment Tonight. “There were other programs that, you know, they adhere to the cancel culture. These issues that happened early on, it was my opinion that we should just track them and follow them and address them, and I think we did that. I’m happy we did that instead of brushing it under the rug and acting like it’s not anything, or that it didn’t happen. We filmed it and it wasn’t easy.”

As the protests for racial justice roiled the country over the summer, cast member Kathryn came under fire for her problematic Instagram conversation with a black, female Charleston activist. In the conversation, she sent a monkey emoji, which was interpreted as racially offensive.

As the season seven trailer also revealed, newbie Leva confronts Kathryn over her white privilege and Kathryn is forced to face the difficulties of her past as the statue of her ancestor, slavery defender John C. Calhoun, is taken down.

There’s heavy drama this season, but there’s also petty drama, as the on-again-off-again relationship between Austen Kroll and Madison LeCroy rolls on — much to their fellow cast members’ chagrin.

“I could say, just watch, but yeah, it gets worse,” Craig teased. “I’ve been asked, ‘Why don’t you just let it go?’ and trust me, we would love to. … You can only lead a horse to the water so much, but we were, like, holding the horse’s head underwater and he still wasn’t drinking.”

Craig also shared how “bull in a china shop” newcomer John Pringle wasted no time getting in the mix with his controversial crush on Madison.

“The whole season while we were filming I was like, how is this going to work?” Craig remarked. “Usually if you have a crush on your friend’s girlfriend, you move on. But he was like, I haven’t decided If I like Austen enough not to hit on his girlfriend yet. So, there is definitely some shocking things that he brings to the table.”