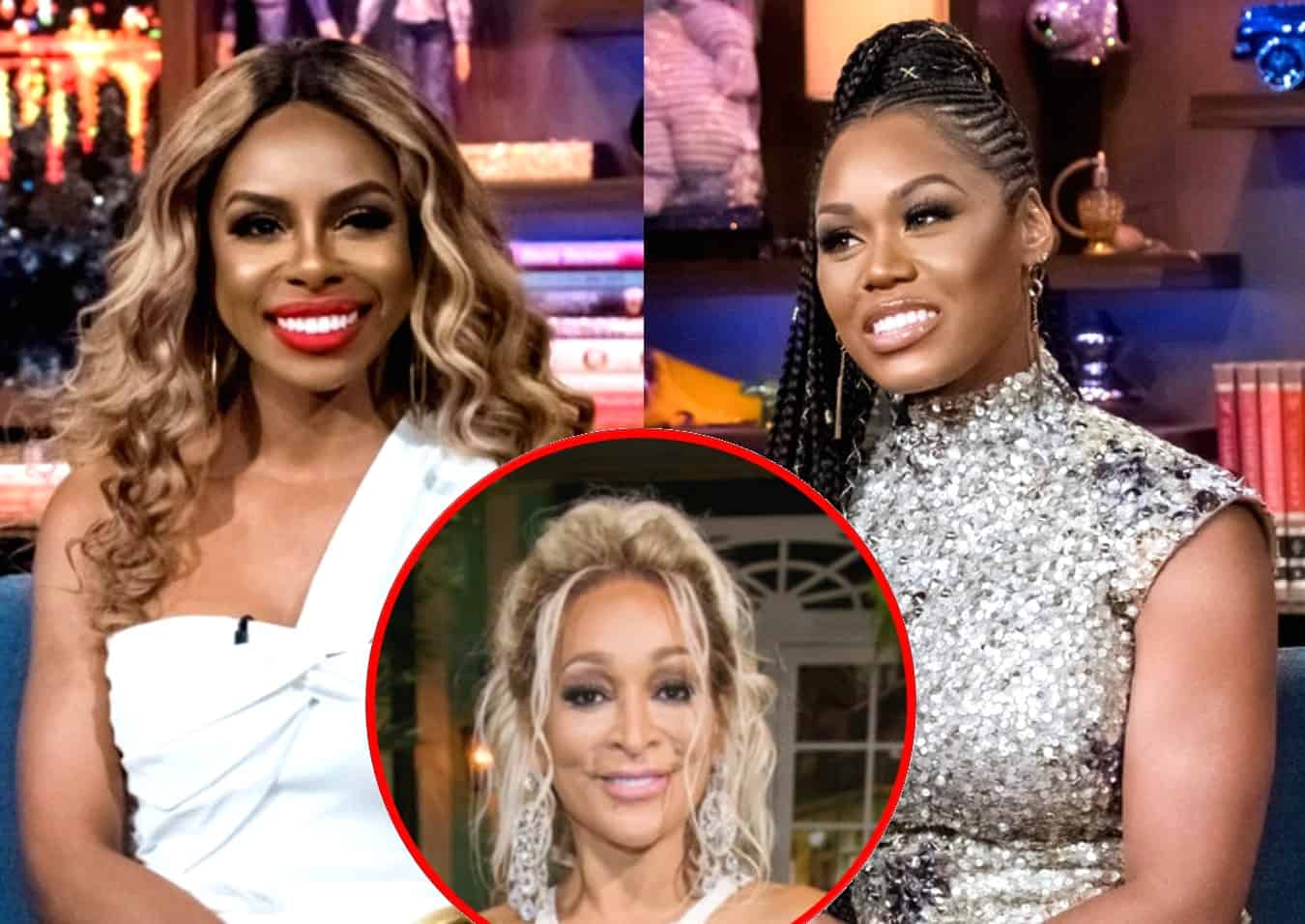 Candiace Dillard-Bassett is dishing on the “very challenging year” she has had.

The Real Housewives of Potomac star spoke in a recent interview about all the drama of the show’s season five reunion, how she and co-star Karen Huger grew apart, and how shooting a sixth season with now-enemy Monique Samuels is highly unlikely.

Candiace first addressed the wild season five finale, in which her husband, Chris Bassett, and Michael Darby had an altercation of their own.

“Chris is not a confrontational person at all. He came to the party to support me,” Candiace shared on That Grape Juice. “For Michael to even one, know where Chris was […] and for him to [run up on him], that was a long time coming, I think. There’s always been this tension between the two of them because Chris has always been repulsed by the way that Michael tends to speak to women and disrespect them. And what you won’t ever do, in the name, is talk about controlling this wife. You do up there in that penthouse, we don’t do that ’round here. Only thing controlling me is Jesus, okay, no husband controls me. And Chris knows that.”

In addition to her discontent about the season five finale, Candiace shared her dismay about how her and Karen’s relationship evolved this year. Or, rather, devolved.

“I think I cried my face off twice,” Candiace shared of the three-part reunion, noting how Karen’s behavior at the reunion hurt her. “It was intense and I think I worked myself up a lot because I was not looking forward to it, and one of the things I was not looking forward to was having to talk to Karen, face Karen, because she — from my perspective — really was not there for me the way I needed her to be, the way I thought that she should have been.”

The “I See You” singer said that the Grande Dame did “a really good job” at playing the fence between her and Monique following the altercation, but she added that “what she really wanted to do was be on the other side.”

“One of the first things I noticed during the altercation was that she ran to check on the other party before coming to check on me, which was telling. I did notice and I will acknowledge that she half-heartedly gave Monique a slap on the wrist,” Candiace went on. “There’s right and there’s wrong and there isn’t an in-between and she has consistently pushed this narrative that two wrongs don’t make a right which I resent.”

Candiace went on to address Karen saying that “words are weapons” at the reunion, noting that words “cannot shed blood” and were not the same as “someone physically attacking you” (referencing Monique’s actions during their brawl).

“Karen has weaponized her words many times on this show and we’ve all heard it. We’ve all weaponized our words on the show, some better than others,” Candiace stated, adding why she thought Monique’s reaction wasn’t justified. “[Maybe] if I was, you know, talking about her husband or her kids or anything as contentious as that. I was being light, I was trying to be funny, I was twirling around […] it was nothing that warranted what she gave. But when you aren’t up to snuff, you gotta go down to the gutter and that’s where she went.”

Speaking more of Monique, Candiace said she actually feels “nothing” about the situation now, and she said Monique has “rendered herself unworthy” of her presence.

“I will never be in the same room with her again,” Candiace shared, noting that as the ladies shot their final interviews toward the end of filming, Monique’s supposed remorse shifted. “She got her lies mixed up. There was too much time in between when she was trying to convince us that she was sorry by pulling the stunt with her pastor and all that, and then a lot of time passes and she’s got all these people in her ear and all of her fans egging her on and cheering her on for dragging someone, so I think she just forgot to put on that guild of humility and that guild of victimization and her real thoughts and feelings came out. That’s how she’s always felt and she got caught.”

Catch up with the second part of The Real Housewives of Potomac reunion, airing next Sunday at 9/8c on Bravo.