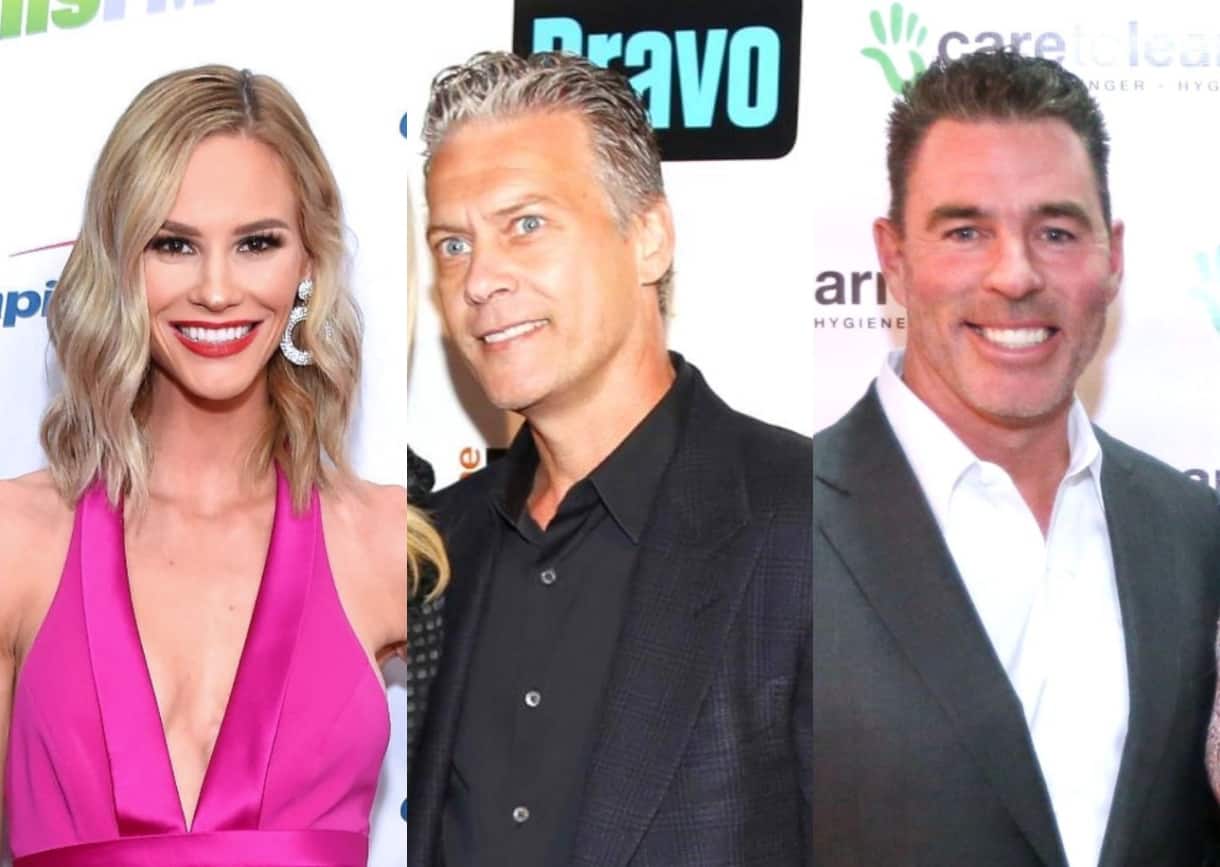 Meghan King is looking back at the moment that got her cast on The Real Housewives of Orange County.

During an appearance on S’More Date, the mother of three revealed it was an incident involving David Beador that resulted in her full-time position on the series before looking back at her initial meeting with Jim Edmonds, discussing a potential RHOC return, and sharing details about her craziest date.

“I had drama with [Shannon Beador] because her husband at the time, David Beador, brought me a drink [at Heather Dubrow‘s groundbreaking party] before her without introducing me to her and I think that might have caught the eye of a producer who then submitted me to a casting agent,” Meghan recalled on the April 29 episode of the Instagram series.

Although Meghan left her role on RHOC after season 12 to move to St. Louis and expand her family with Jim, she has remained in touch with several of the series’ past and present cast members, including Tamra Judge, Heather, Kelly Dodd, Braunwyn Windham-Burke, and Lizzie Rovsek.

As for Vicki Gunvalson, Meghan said that while she was “never friends” with the OG, she doesn’t “hate her anymore.”

“We’re cool. We’re fine,” she explained, adding that she’s not interested in a potential spinoff featuring her and Tamra.

As RHOC fans will recall, Meghan infamously called out Vicki for allegedly aligning with ex-boyfriend Brooks Ayers to promote a fake cancer diagnosis during season 10. Looking back, she said her suspicious were prompted by both her intuition and Tamra.

During a round of rapid-fire questions about the Real Housewives, Meghan revealed she was “not surprised” by Kelly’s comments about COVID-19 or Braunwyn’s coming out in December 2020.

“I think Braunwyn is on a journey,” she noted.

What she was surprised about was Jen Shah‘s decision to join The Real Housewives of Salt Lake City amid alleged crimes of fraud.

“[I] can’t f-cking believe she went on reality television. I don’t know [if she’s guilty] but she’s got evidence stacked against her. Otherwise, she wouldn’t be indicted,” Meghan shared.

Moving on to her personal life, Meghan said that she’s on the dating app Raya in hopes of finding love.

“It’s been good,” she explained, adding that she met Will Roos, who she was first linked to in January, on Raya.

Meghan began dating Will months after splitting from Christian Schauf, and over a year after her former spouse, Jim filed for divorce amid allegations of infidelity.

Reflecting on her first encounter with Jim, Meghan admitted it was love at first sight.

“It was very strong,” she said.

Meghan then confessed that she married Jim too fast before confirming she would not still be married to Jim, even if he hadn’t reportedly been unfaithful.

While Meghan has remained in St. Louis since her 2019 split from Jim, she said she would consider returning to Southern California for the upcoming “reboot” of RHOC.

“They need to [change everything about RHOC]. I think maybe [I should return],” she teased.

As for her craziest date, that took place after meeting an unnamed man at Elton John‘s Oscars party in early 2020.

“The way it ended was… This guy, I said, ‘I’m not doing that. I’m not interested in doing that.’ And he was so offended that he left. I was mortified that I even accepted this person into my house. Then he texts me the next day, like, ‘Let’s hang out,’ as if nothing happened,” she shared. “I responded, ‘Never text me again. I am not interested in you. You’re a horrible person and you owe me a huge apology.’ He acted like I didn’t send that text and he’s been texting me ever since.”

“I think he thought he was high-profile. I had never heard of him,” she added.