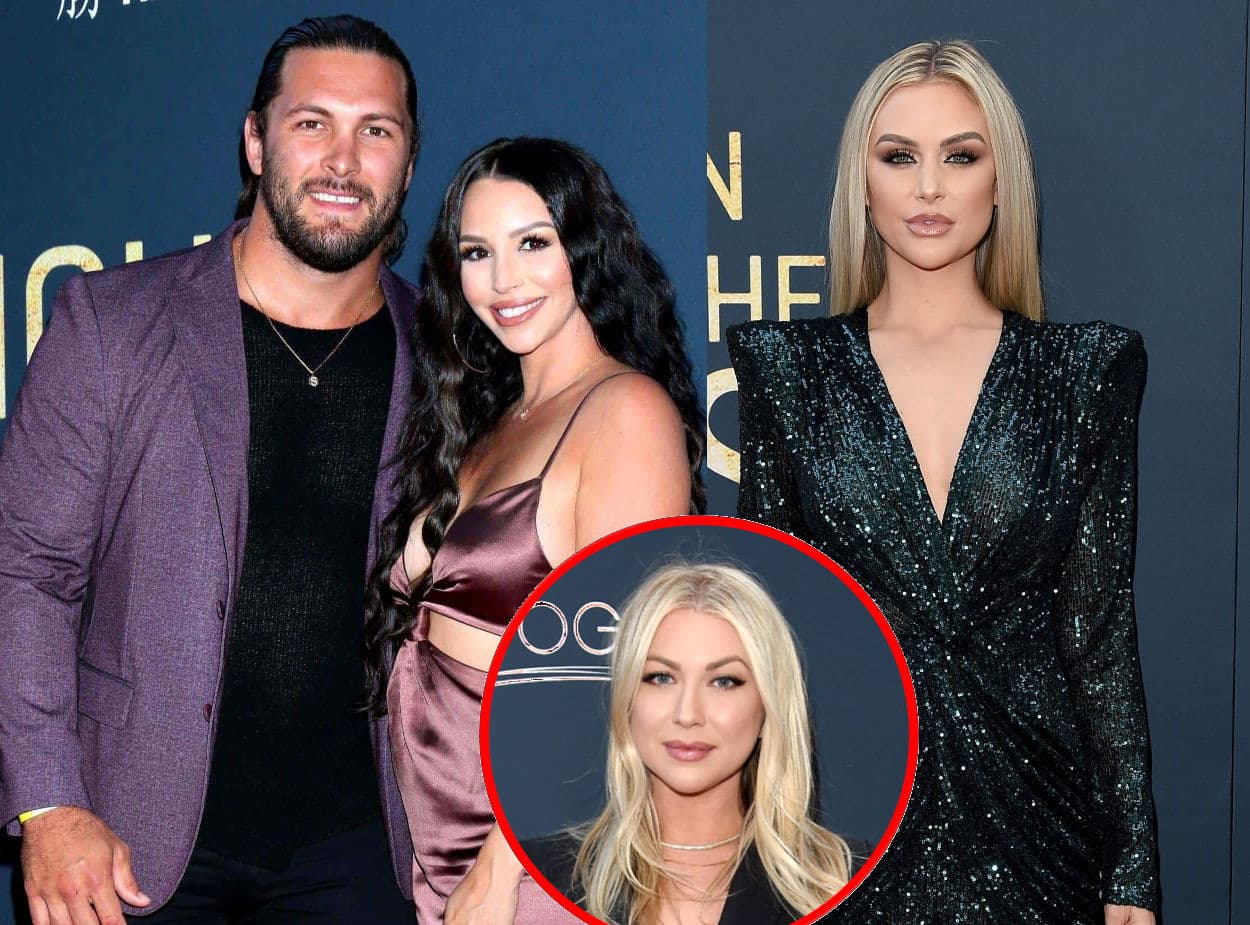 During a new interview, Scheana said Lala, who she labeled as the designated pot-stirrer of the season, should have had more respect for her fiancé as Brock slammed his co-star for going “low enough” to bring his children into the drama of the show.

“As a stepmom with two kids who were left off the show, I just was hoping that she would have that same respect for Brock, as we all have for [Randall Emmett],” Scheana told Entertainment Tonight on September 28. “It was disappointing that it got to the level it did. I’m like, I don’t come for your man. I protected that relationship when her and I first met.”

According to Brock, Lala really stooped low when she took aim at his family.

“The biggest [thing] is just like, these are kids we’re talking about here, right? So, the fact that it’s even a conversation, shouldn’t be a conversation,” he said. “If you’re low enough to bring kids into it, then do you, boo-boo.”

Although Scheana and Lala are in a “good place” today, Scheana acknowledged it is going to be hard “reliving” the drama of Pump Rules season nine. That said, she doesn’t want their “petty issues” to stand in the way of a friendship between their daughters and said she’s also in close contact with Stassi Schroeder, who shares eight-month-old Hartford Charlie Rose Clark with husband, Beau Clark.

“We’re probably the closest we’ve ever been now. And the babies — and going through giving birth and labor, and all of that — definitely brought us closer,” Scheana admitted, confirming she and Stassi spend time together every Wednesday.

While Scheana was hesitant to welcome Brock to filming when they first began dating years ago, she said that after two pregnancies, one of which sadly resulted in a miscarriage, and a pandemic, she was “excited” to have him join the show. Meanwhile, he was just as thrilled.

“I was like, ‘Yeah babe, I’ve got your back.’ Let’s put our best foot forward,” he recalled, making it clear that he didn’t mind filling the empty space left by Jax Taylor, which some have suggested he did.

Following the birth of her daughter, Summer Moon Honey Davies, Scheana got engaged to Brock in July as he presented her with a nearly 13-carat morganite stone.

As for why they chose to forgo a diamond ring, Scheana said that because Summer’s birthstone is a diamond, they will “be buying them for the rest of our life.”

“I’ve already had a diamond. I didn’t need a diamond nor did I want one,” she shared.

As for their future wedding, Scheana and Brock are hoping to say “I do” in a destination wedding in Bali next fall. And, if Brock gets it his way, Scheana just might re-create the crop-top look she wore during her first wedding.

“You made it iconic, didn’t you?” Brock asked.

“I could do it better,” Scheana replied. “I’m oddly in better shape now, post-baby, than I was when I got married the first time. So if you want me to get married in a crop top, honey, I’ll get married again in a crop top.”