Brittany Cartwright Reacts to Lala Kent’s Split as Jax Taylor Talks Sandoval Relationship, Plus Brittany Wants to Be Back on TV as They Discuss New Book and Plans for Baby No. 2 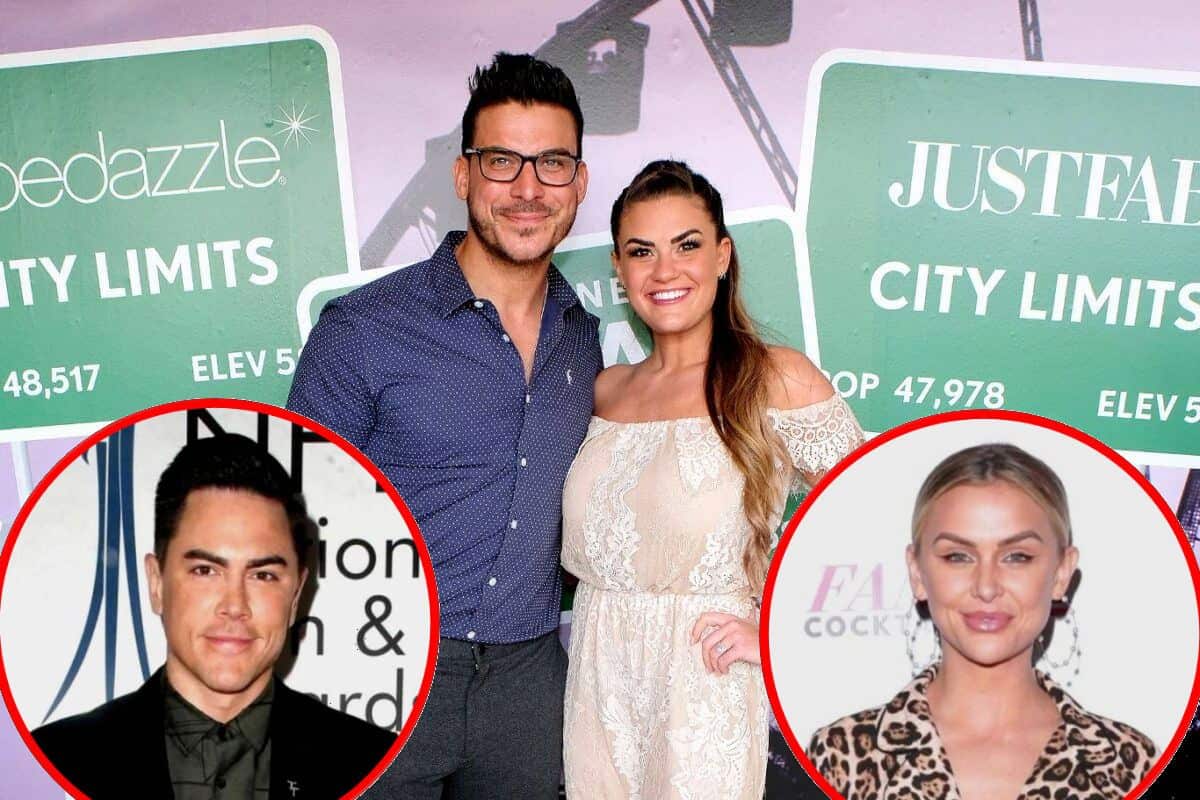 Tom Sandoval revealed that he and Jax Taylor recently came face-to-face at Kristen Doute‘s home during an interview earlier this month but did they reconcile during the run-in?

In a joint interview with wife Brittany Cartwright, the former Vanderpump Rules cast member revealed if he and Tom have gotten to a better place with one another before confirming he wrote a book and sharing when he and Brittany will begin trying for a second child.

“No,” Jax replied when asked about a reconciliation with Tom during a November 16 interview with Access Hollywood. “I saw him maybe twice [since the show].. I’m cordial. [We’ve shared] a matter of a dozen words since I filmed. I’m going a different way in my life. It’s just growing. I’ve been hanging out with the people that are parents. I don’t have much time for other stuff. No qualms, I just chose not to hang out. ”

In addition to focusing on life at home with Brittany and their son, 7-month-old Cruz Michael Cauchi, Jax recently wrote a book. But it was no tell-all, as Pump Rules fans may have hoped. Instead, it was a children’s book.

“I lost my father four years ago and I was extremely close with my dad and having a son… I wanted to do something where I could incorporate my dad into my son’s life,” Jax revealed. “So I did an homage, kind of like a love letter to my son about my father. I did a children’s book. I’m really, really proud of it. It should be coming out the summer of 2022.”

As he and Brittany contemplate adding more kids to their family, Jax claims a couple of things need to happen first, including Cruz being able to talk or walk and him and Brittany deciding on whether or not they will stay in Los Angeles.

“We’re one of the few people on the cast that don’t have any family even in the same time zone. It’s really rough and I want my son to have his family,” Jax explained.

Meanwhile, Brittany was more sure about their baby timeline, saying, “Definitely within the year we’re going to try again.”

When the couple was then asked how it’s been being left out of Pump Rules season nine, Jax claimed he’s okay with it because he has “no interest in that lifestyle” as Brittany admitted that she misses filming.”

“A lot of my best friends are on the show so whenever they were filming it was kind of weird to not be able to hang out with [Lala Kent] or [Katie Maloney] or any of the girls. That was definitely hard,” she shared.

As fans have likely heard, Lala broke up with fiancé Randall Emmett last month after he was allegedly photographed with two women at a hotel in Nashville and accused of cheating. And, while Brittany has been unable to film with her former castmate, she said Lala’s “doing great.”

“I’m just trying to be there for her to love and support her. I don’t want to say too much about it. I’ve got her back no matter what,” Brittany said of her friend’s post-split demeanor.

Although Jax would be open to returning to television only if he could be featured in something based on his life with his “friends who are married [and] have kids,” Brittany said she has “some stuff coming out soon” and “would definitely love to be on TV again.”