Home Real Housewives of Beverly Hills News RHOBH: Teddi Mellencamp Claims Denise Richards Set Her Up and “Blocked” Her, Says Camille “Has It Out” for Her

RHOBH: Teddi Mellencamp Claims Denise Richards Set Her Up and “Blocked” Her, Says Camille “Has It Out” for Her 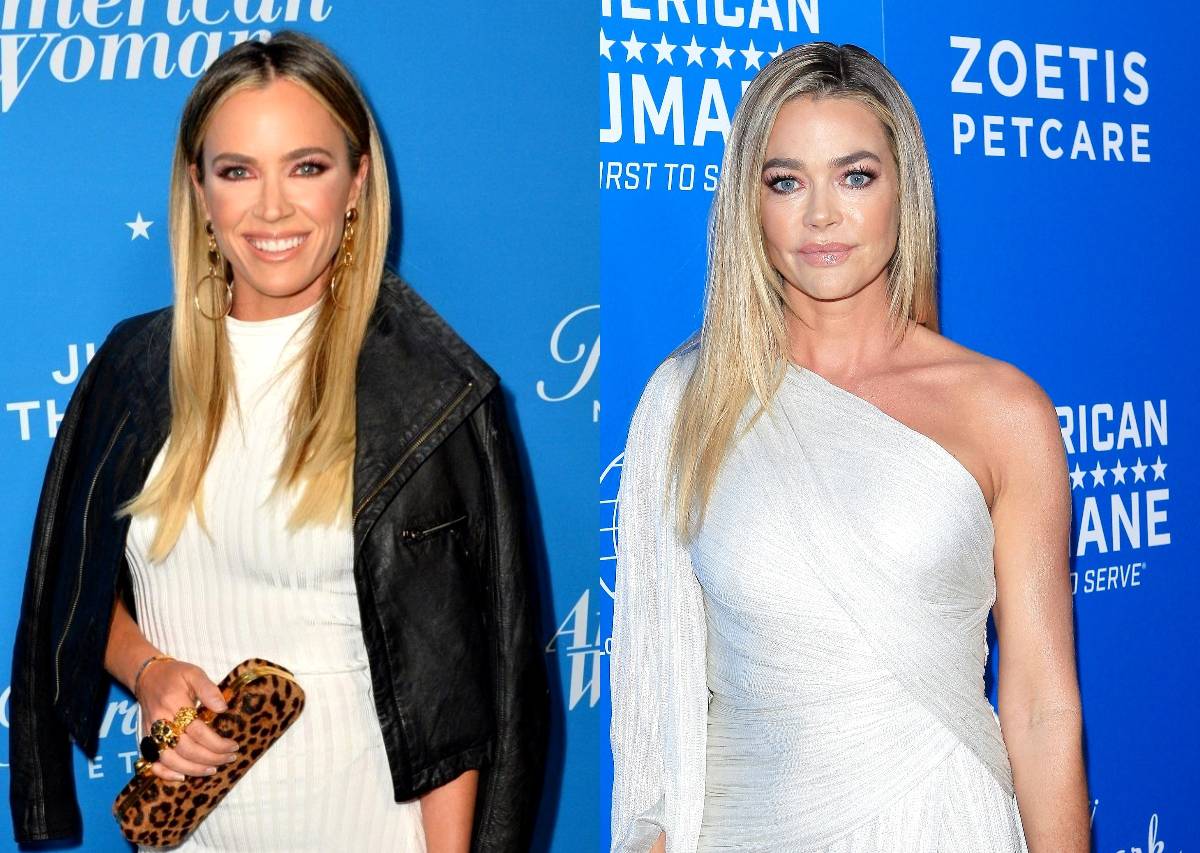 Teddi Mellencamp looked back at her drama with Denise Richards during the latest episode of her podcast.

As the Real Housewives of Beverly Hills alum spoke to her co-host, Tamra Judge, formerly of The Real Housewives of Orange County, she confirmed she is still “blocked” by her former castmate before Tamra revealed that she and Brandi Glanville, who claimed to have had an affair with Denise ahead of filming on season 10, discussed their time filming Real Housewives: Ultimate Girls Trip season two.

“I’m definitely, one million percent blocked [by Denise],” Teddi confirmed on the December 28 episode of her Two T’s in a Pod podcast.

According to Teddi, her issues with Denise, who she was “close-ish” with before the Brandi rumors were shared, stemmed from an alleged set-up.

“So she was going through stuff with [Charlie Sheen] and she said to me, ‘I don’t want to have to bring it up. Can you bring it up?’ And I said, ‘Yeah, no problem.’ I get it. And then when I did it, she made this shocked face. And she’s like, ‘Why would you bring that up?'” Teddi recalled, noting that Denise said she didn’t want her kids exposed to the information.

“I threw my stuff down and I walked out and I said to [Garcelle Beauvais], ‘What she just did there was f-cked up. You better never do that to me. You saw the whole thing go down. You saw her ask me to do it,’” Teddi recalled.

While Teddi’s friendship with Denise ended at that point, the drama was further fueled between them after Teddi mentioned what Brandi had said about the time she spent privately with Denise. And at this point in time, Brandi believes Denise, who she said “likes to play the victim,” is on the outs with just about all of “the girls on Housewives.”

Although Brandi hasn’t spoken to Denise for some time, she did recently learn that Denise had “liked” one of her photos on Instagram.

“I was like, what the… I think she was just drunk because I asked [producer] Alex Baskin and he was like, ‘That was a complete accident,’” she revealed. “I’m pretty sure she was just stalking me a little bit and accidentally pushed ‘like.’”

Brandi and Denise’s relationship was completely broken after Brandi made claims of an affair. However, as Brandi told Teddi and Tamra, she believes Denise will likely reach out to Tamra after seeing the second season of RHUGT.

“I have a feeling that Tamra will be talking to her real soon,” Brandi teased.

“Brandi brought out the naughty in me when we were in the Berkshires,” Tamra explained.

After Brandi then confirmed that she and Tamra had “fun” at Dorinda Medley‘s Massachusetts home during their girls’ getaway, she noted that whatever happened “wasn’t like, bad.”

“But it was the truth… We bonded over Denise,” Tamra added.

Also during the episode, Teddi said Camille Grammer “has it out for [her]” and “still tweets about [her]” before noting that she found it weird that she asked Kyle Richards to be a bridesmaid in her wedding to now-husband David C. Meyer.

“I’m like, ‘You’re getting married. Ask somebody that’s your friend,’” Teddi recalled.

Then, Teddi shared her “final straw” with her former RHOBH co-star.

“So we were all leaving her wedding, we were with production and I saw her daughter eating at the food court and I’m being filmed. And I went like, ‘Hi.’ Myself and six other women were all walking through. And then she told me that I snubbed her daughter and made her daughter feel terrible about herself. And then she continued on, even off camera. I’m like, ‘Camille, this is not a true story. This is not a depiction of reality. I was nice to your daughter,’” Teddi explained.

The Real Housewives of Beverly Hills will return to Bravo for season 12 sometime in 2022.