RHOBH Star Teddi Mellencamp Calls Garcelle Beauvais “Bitter” For Shading Her Exit, Insists Bringing Up Denise’s Alleged Affair on Camera Was Right Thing to Do and Talks Being “Hurt” by Firing 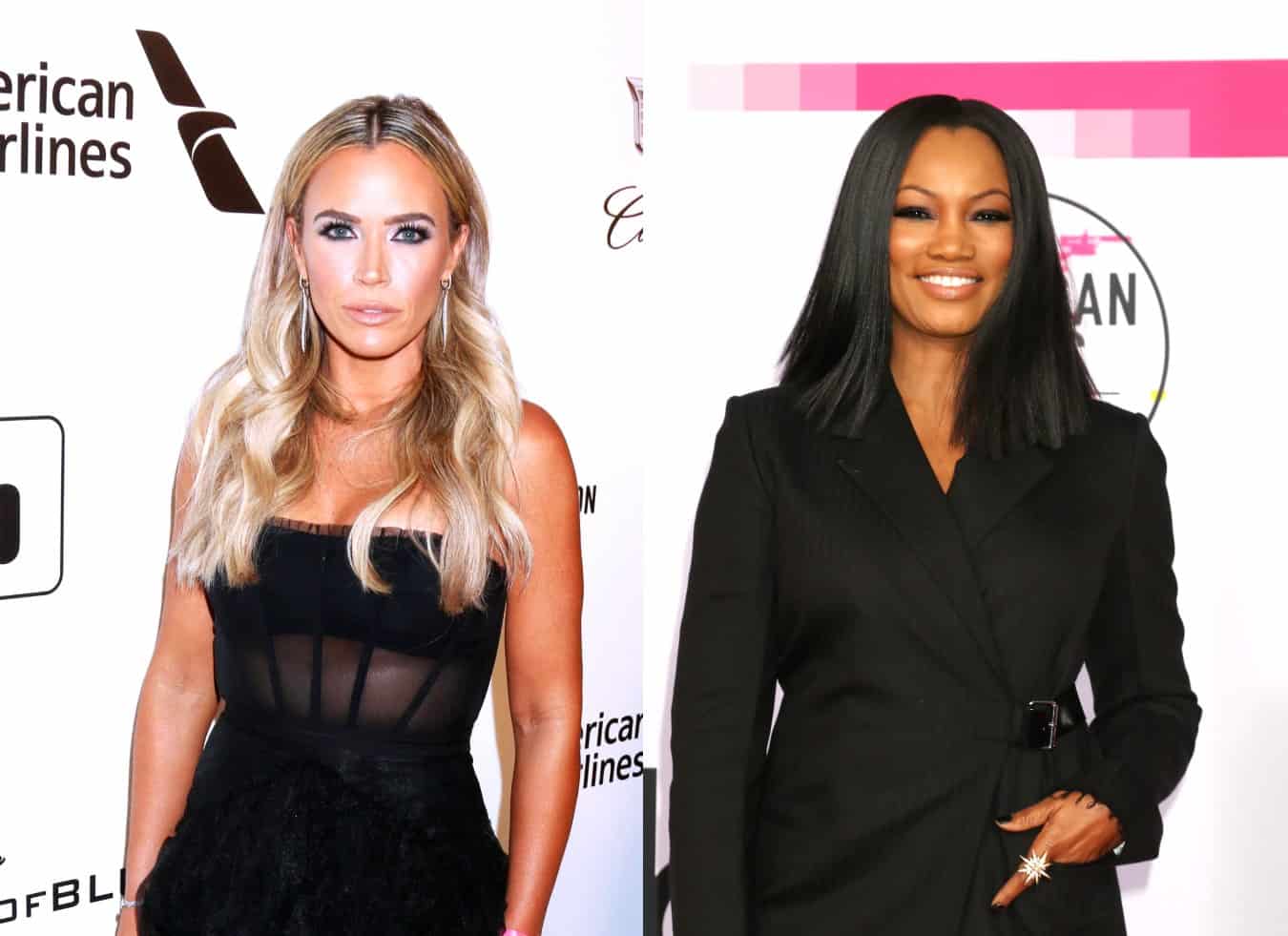 Teddi Mellencamp is clapping back at Garcelle Beauvais for the shady comment she made when asked about her September firing from the Real Housewives of Beverly Hills cast.

During a new interview, Teddi suggested her former co-star may have come from a place of bitterness when she made the dig before opening up about her exit from the Bravo reality show, the “brutal” 10th season, and her decision to bring up Denise Richards‘ alleged affair with Brandi Glanville during a cast dinner in Rome.

“I didn’t even know [she did that],” Teddi replied when Us Weekly asked her about Garcelle saying nothing but “okay” when asked about her leaving the series.

While Teddi was previously unaware of her former castmate’s shade, she didn’t seem too surprised by it, especially considering her stance amid Garcelle’s spat with Lisa Rinna at the reunion.

“I made a good point at the reunion. So, she’s probably bitter about it,” Teddi suspected, giving a nod to the debate she and her castmates had over Garcelle’s suggestion that Lisa’s Instagram dancing was having a negative impact on her daughter, Amelia Hamlin, who previously struggled with an eating disorder.

Teddi then noted that despite their drama, she holds no ill will toward Garcelle.

Although Teddi will not be seen on the upcoming season of RHOBH, she’s spoken to “most” of her former castmates in the weeks since her departure was confirmed.

“I have close friendships with a lot of them and we talk often, and I think you have to kind of say like, ‘Guys, I’m still OK. You have to, kind of, put it out there and be vulnerable. Like, ‘Listen, of course my feelings were hurt when all this happened, but l love you and I care about you and I still want to hear about you and I don’t want anything to change,'” she explained.

Looking back on RHOBH season 10, Teddi said that the season was quite “brutal,” which made it easier for her to move on.

“That was brutal last year so I’m just happy to no longer be a part of that,” she shared.

As fans will recall, Teddi faced backlash after telling Denise what Brandi told her in regard to their supposed affair. However, according to Teddi, she was doing what she believed was best for Denise.

“You hear tons of things that happen off-camera and I never would have repeated those types of things on the show. That’s just not who I am. I’m not out to get somebody but when something’s on camera, it’s on camera. Could you imagine had I not told her and she was blindsided when the show came out?” Teddi noted.

Also during the interview, Teddi confirmed she has “no regrets” about her time on the show.

“I hate to say regrets, but I have learned things about myself from the show and I’ve grown because of those things. Like, I don’t watch them and go, ‘Gosh, I’ve never made a mistake in my life.’ I watch them and go, ‘OK, I could work on that.’ Watching back last season, I’m like, ‘OK, I’m glad that I said all the things that I said ‘cause I had to say them.’ Maybe I could have done it in a different tone,” she explained.

The Real Housewives of Beverly Hills will return to Bravo next year for season 11.